My grandmother Tsuyajyo started showing symptoms of dementia five years ago. My mother took care of her for almost three years. I saw her struggle immensely during those years as my grandmother started to ‘lose’ herself. It was a difficult time for all of us. When my grandmother joined a group home, my mother passed her responsibilities on to the care workers there, and the relationship between them started to heal. The air around them seemed to become calmer and more intimate. I started to photograph them in April 2012. At first, I was trying to take photos of my ailing grandmother. But as I continued photographing, I noticed that what I  was actually capturing was just us as we were. Maybe I started to come back to see my family more often. This series shows the beginning of the recovery of the relationship between my mother, my grandmother and myself.

All images from the series My Recollections, Kochi, Japan 2012 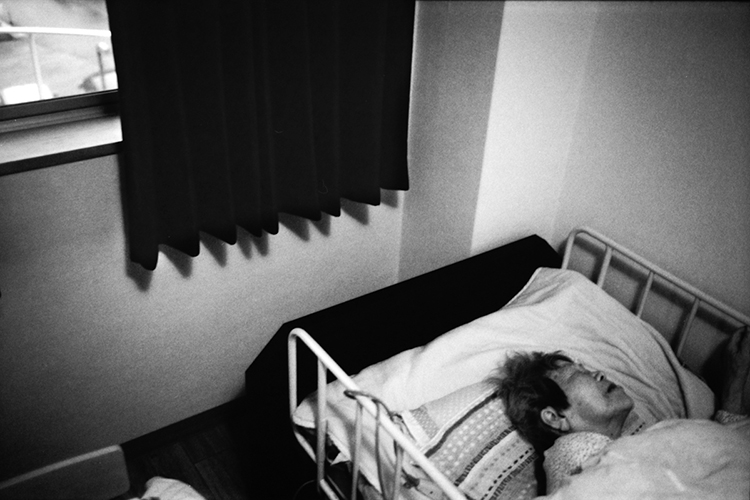 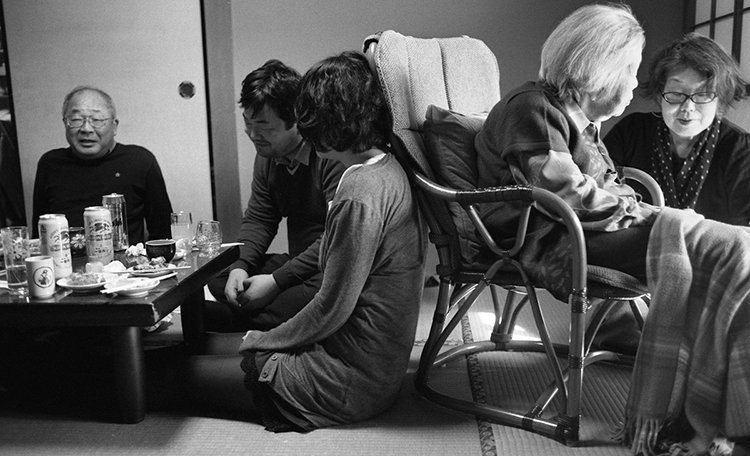 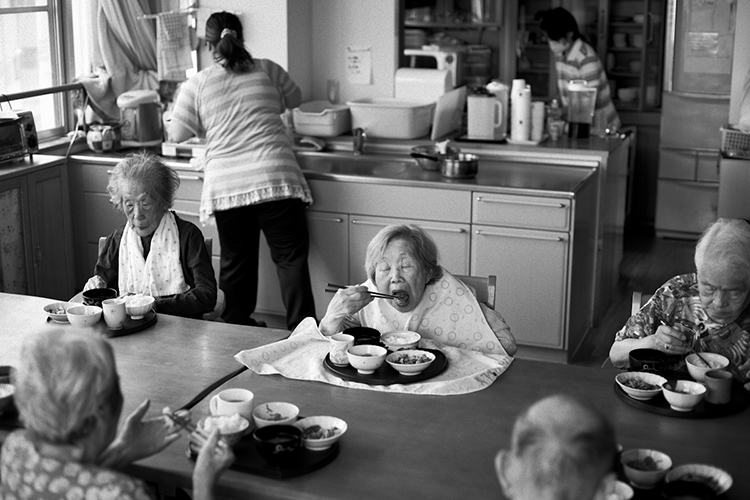 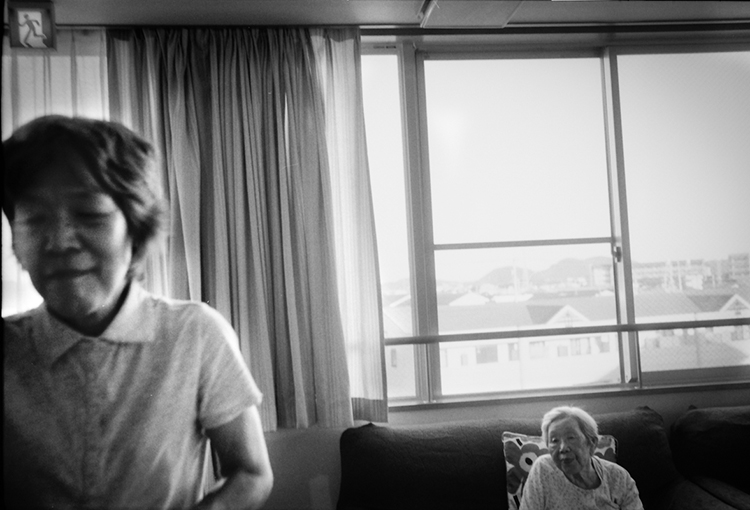 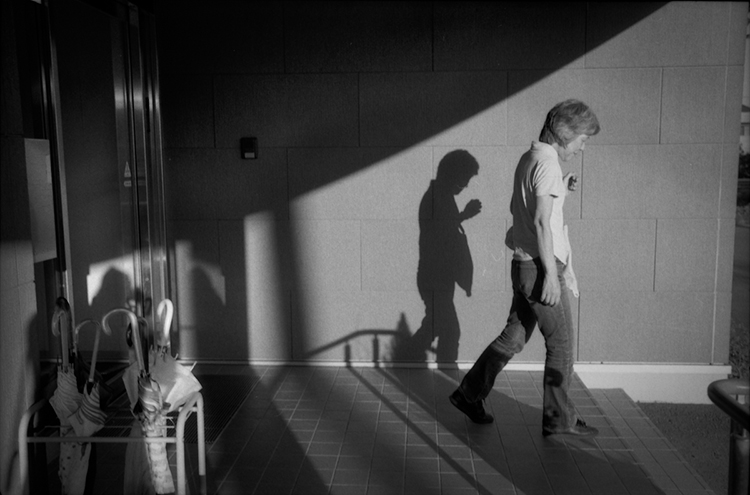 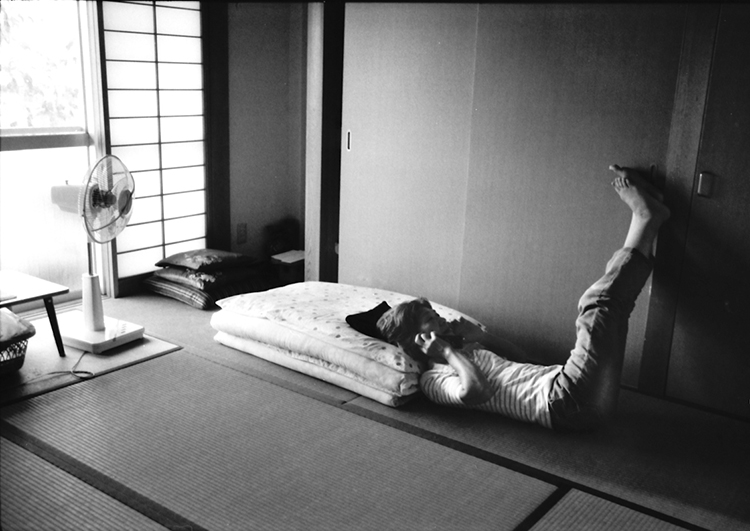 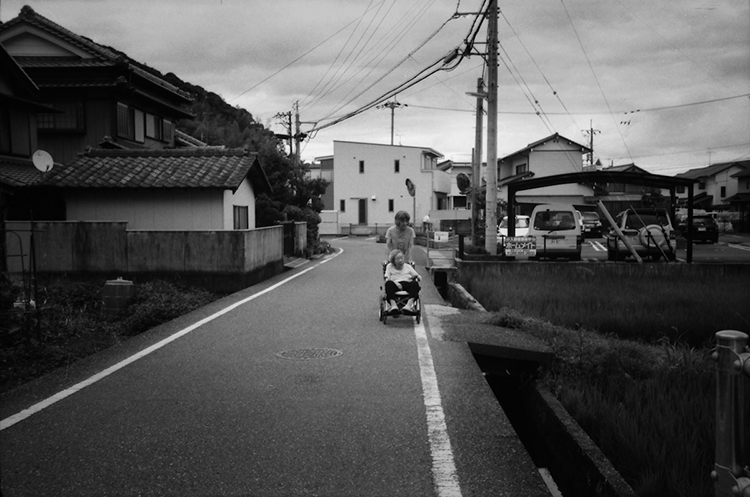 More knives have cut through me than men.
Insurance agents avoid me: I’m a ‘hospital whore’.
Needles no longer prick, they are an arsenal of nostalgia.
The chart in the nurse’s hand is a history textbook
doctors consult for reference. Vials annotate.
‘To’ and ‘OT’ form a palindrome around
which anaesthesiologists embalm my heartbeat.

Nurses talk about aging as if it were a disease.
But men were once like trees, valued for age rings.
Nothing changes, almost nothing, the doctors say,
only a gradual slowing of the movement of oars
on a river I thought I’d tamed forever.

When I return home, restored but never quite the same,
I discover that death is always a hobo.
Now, all the news is on the neighbour’s TV,
all the aroma in yesterday’s leftovers.

Only the first night home after surgery
is what the day once was:
a reservoir of movement, the uterus a fledgling
insect trapped in marmalade on toast.