Regarded as the worst among the 12 official Palestinian Refugee camps in Lebanon, Shatila camp was established in 1949 by UNWRA. What started as a population of about 5000 refugees living within a tight space of just 1km sq, has ballooned to 20,000 to date, but the space allocated remains unchanged. Moreover, the demographics of the camp residents changed over the years with a huge influx of Syrian refugees, Bangladeshi and Ethiopian migrant workers and even Lebanese who could not afford the high rent in Beirut.

Shatila Camp is emblematic of the suffering of the Palestinian refugees, marginalised in a society where few social and civil rights are accorded to them. Many live in abject poverty. One must not forget the atrocious Sabra-Shatila massacre which occurred from 16-18 September 1982 where almost 3000 people were brutally killed. Bullet riddled buildings still bear testimony to the civil war today, violence such as knife fights are common and gunshots are familiar sounds to the residents.

This photo-documentary is a self-funded and self-initiated long term documentary project of mine. In paying special homage to these camp residents, I want to highlight their strength, resilience and dignity as they cope with the harsh living conditions and limitations of what the state can offer them.

A woman finds some space of her own on a rooftop in the overcrowded refugee camp that is constantly expanding vertically. 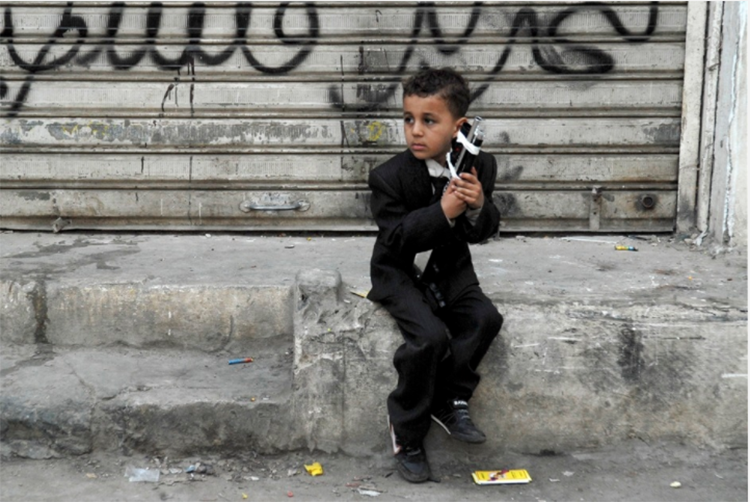 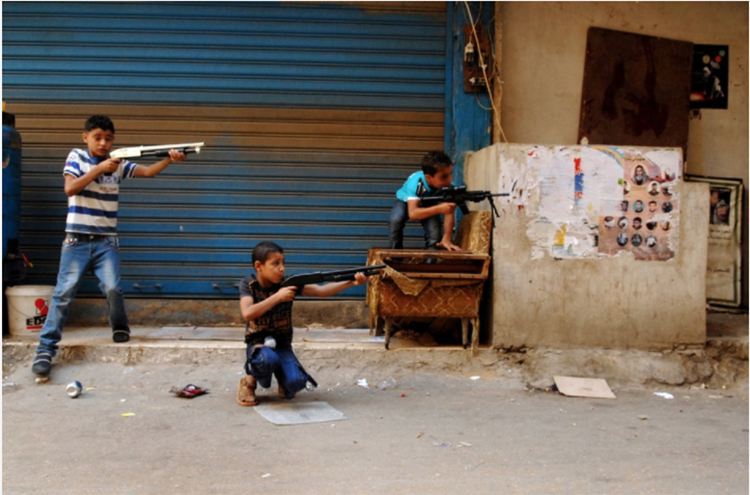 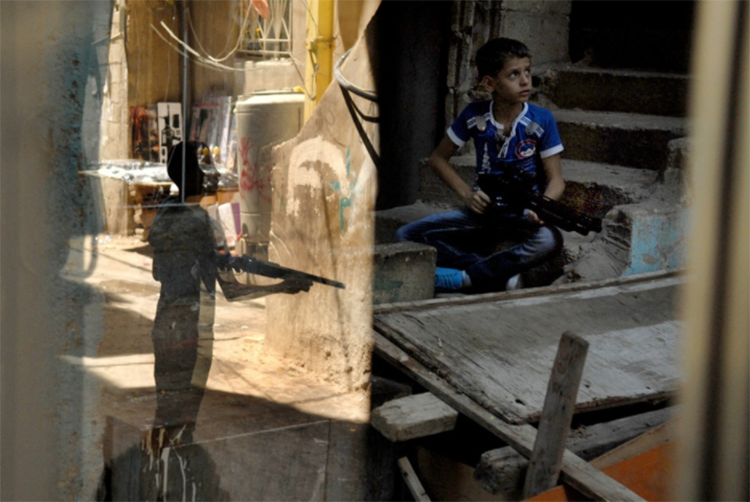 Children fight a mock gun battle game in Shatila Camp. Life in this crowded camp provides little space for children to play, so they make up their own games, often inspired by violence. 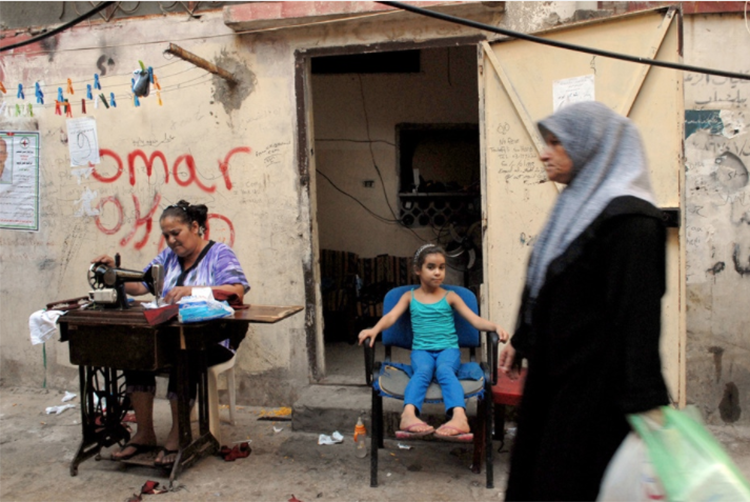 A woman sews outside her home as it is too hot to sit indoors in the summer and there are constant power cuts. 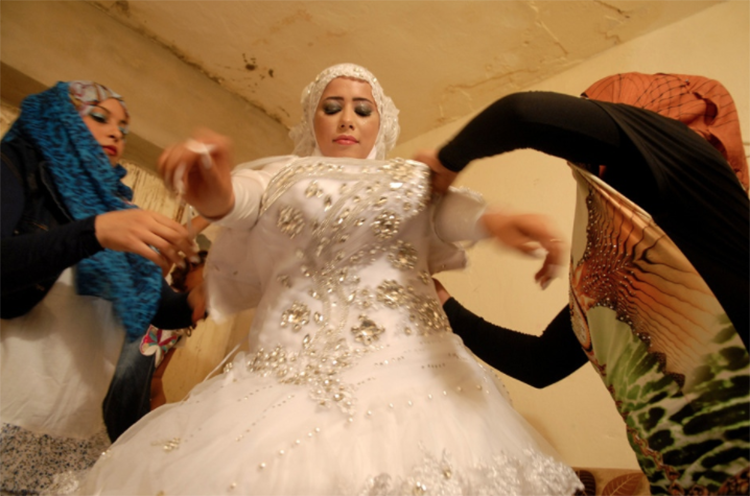 A young bride gets dressed for her wedding in Shatila Camp. Weddings are rare occasions of joy in the camp. 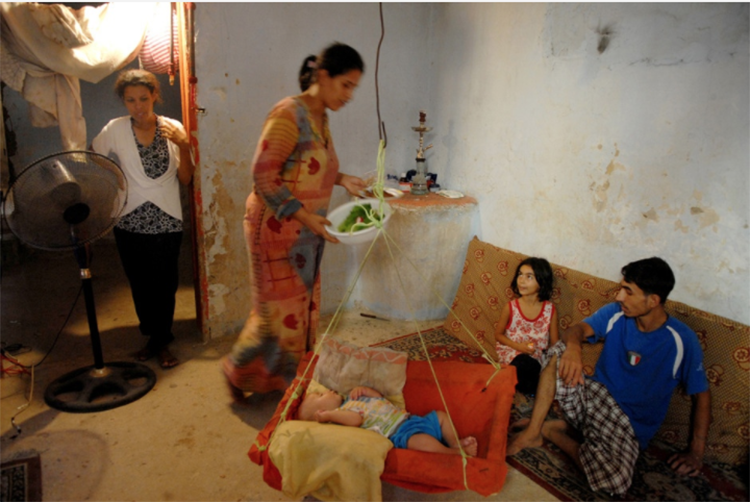 A scene at home with humble furnishings in Shatila Camp. 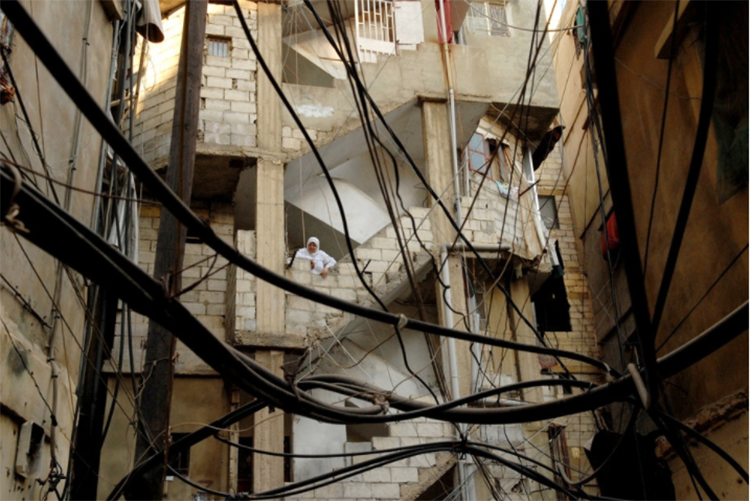 A woman looks at the narrow alley of Camp Shatila where a canopy of electric wires and water hoses hang. This is a common sight in the congested camps in Lebanon with Shatila being the most densely populated of all 12 official refugee camps in Lebanon.