My so called ‘normal’ state was my marriage. And that ended, as do many things. Recovering and in search of sublime freedom, I try to find fleeting moments of communion with myself. To do this, I lift myself up; I hover over thin lines—I leap, I rise, I try to forget. There is a need to remain in motion. Rediscovering myself in a clash between clairvoyance and emotional confusion, I structure myself around a formal opposition: between the body and its surroundings, or between being and having. Falling into an individual space, I find ways to bounce back. I am in repair. I am not together, but getting there.

All images from the series Restless, 2013 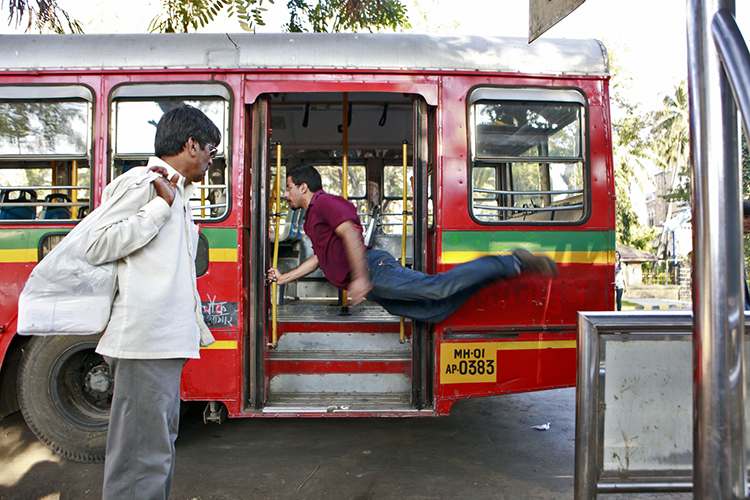 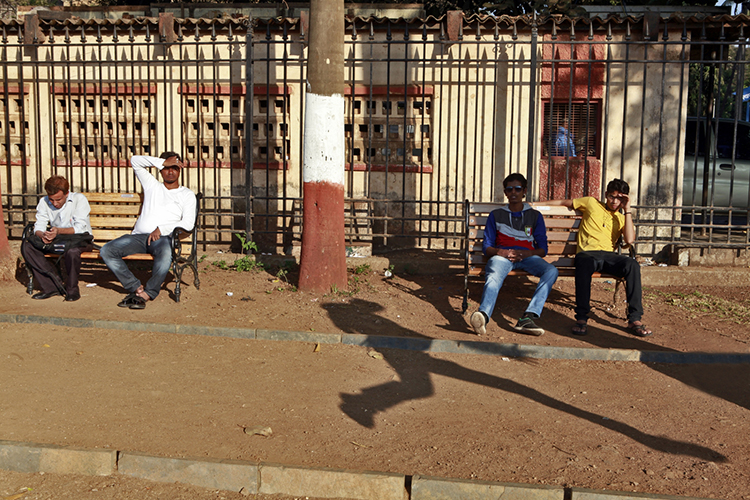 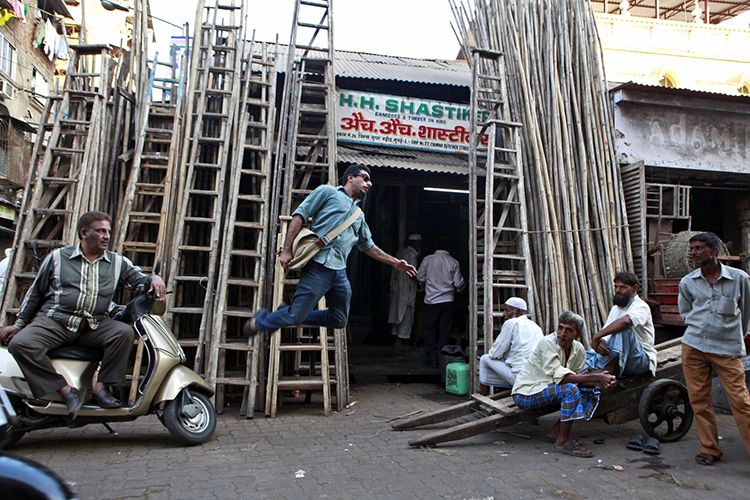 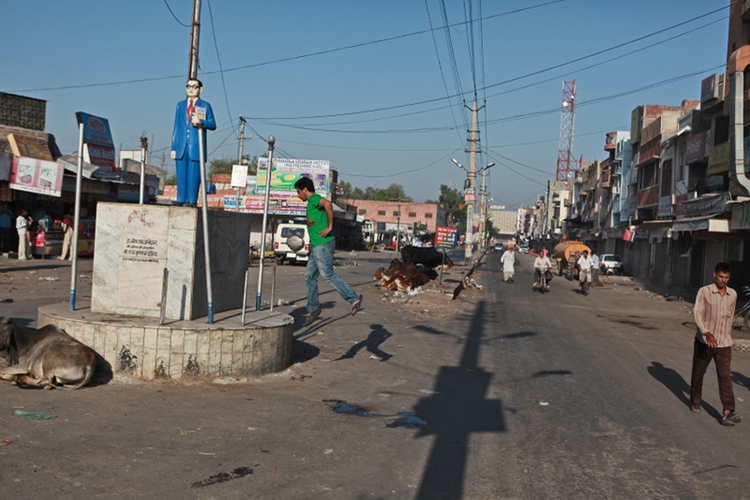 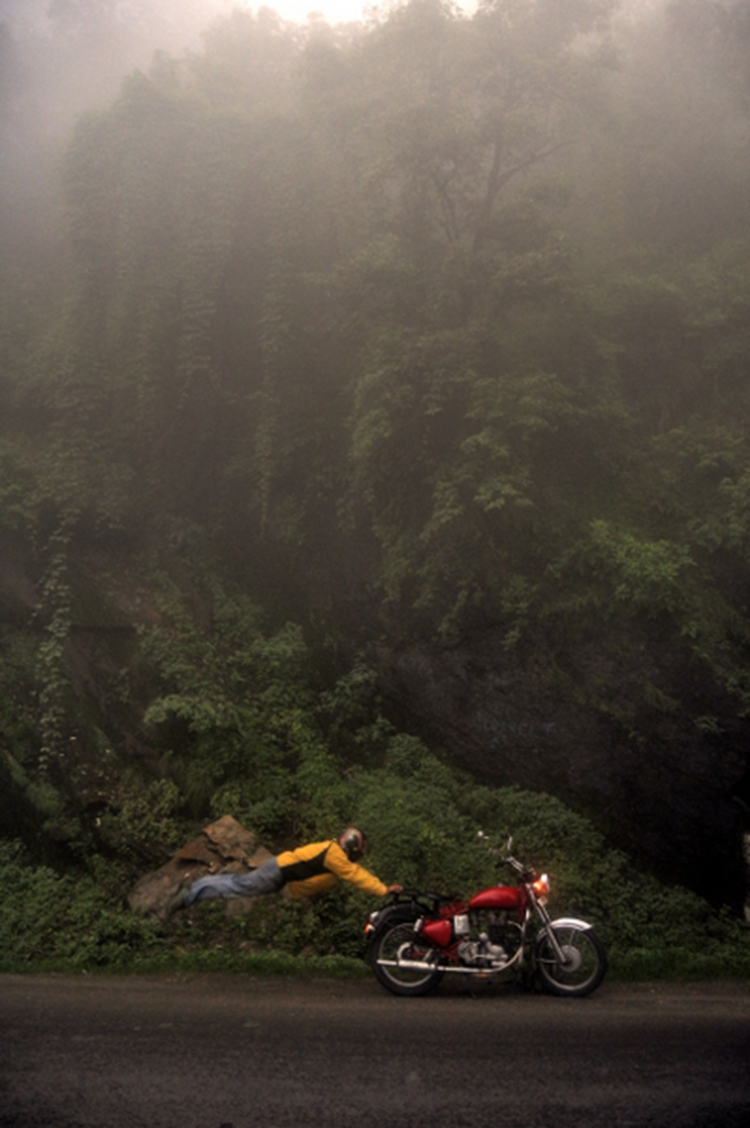 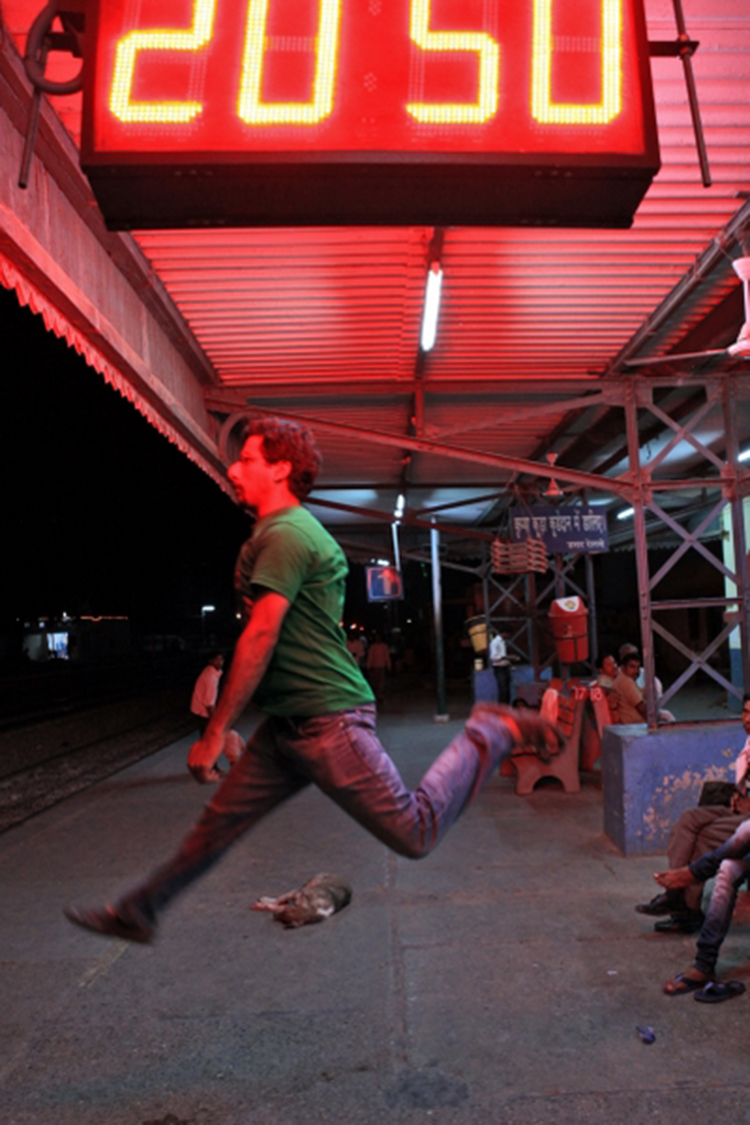 1) “His feet were off the ground even as he came out of the lift. He floated up the stairs, and on to the building’s roof. The roof is a garden, long and just now in bloom, but he seemed to notice none of it. At the far end, with nowhere to go, he drifted back down into the other wing of the building.”

2) “Here every floor is full of offices, old, shabby, no more than two rooms each and a copy machine.
But he was looking straight ahead, so it’s hard to be sure what, of all this, he would have taken in.
In the one that he entered, two little boys were playing plastic-ball cricket in their grandfather’s office.”

3) “He passed above our heads, just below the fan, and then out through the window. If you’d asked him afterwards, he probably wouldn’t even have noticed us. My older grandson shouted out, which was how I caught a glimpse.”

4) “I suddenly realised someone was behind me, but I didn’t see where he came from. Yes, yes, at this point his feet were most definitely on the ground. I saw him step into a rickshaw that was waiting by the side of a bus. But, owing to traffic, it was moving too slowly for him, and he soon climbed out again.
That’s when I understood how he must have arrived. As all of us watched, he was across the street in a second and then over a wall. It was as if the traffic wasn’t there.”

5) “On the other side of the wall, it was hard to tell, even though I was first to reach. He disappeared in some bushes for a while, then floated down a slope towards the river where some people were fishing in the dark.
I kept looking for a long time, and by now there were many others; we yelled to the men by the river, but nothing. Honestly, that was the last I saw of him.”