In one of the most striking photographs of this series, five women sit in a row in front of a white wall, knitting. The women, each with the muscled calves of those who know life on their feet, sit resplendent in colourful dresses or skirts, half-smiles on their faces, a suggestion of their interconnectedness, flowing from the thread of wool that seems to snake between them. These are women turned rogue and refugee by one of the most devastating wars any state has conducted on its own territory and its own people. Of note, also, the photographer’s neat juxtaposition of the major religions, as if depicting devastation’s natural cohort: a group of Tamil Hindus captured by Sinhalese Buddhists, overseen by a painted Jesus whose arms and hands shape upwards in a decidedly Islamic gesture of prayer.

In another image, a Kathat Rajasthani couple stare with half-smiles into a speckled mirror, their expressions forming eerie visual echoes of one another. This is a community that practices a syncretised form of Islam and Hinduism but has in the last decades come under pressure from Hindu and Islamic fundamentalists to choose one or the other: the thin curtain that can be drawn to conceal the religious idol and flowers of veneration are suggestive of the veil contemporary society demands they draw around themselves.

Recovery adheres to cataclysm; it is, in fact, its natural consequence, standing testament to the regenerative spirit of humanity. Niha Masih’s photo-journalism, in this selection travelling also to Cairo, Kashmir, Kokhrajar and Orissa, brings forward moments of aftermath, showing us those with the courage to fashion life anew, even as we learn that violence will continue to exercise invisible effects well after the last gun has been fired. 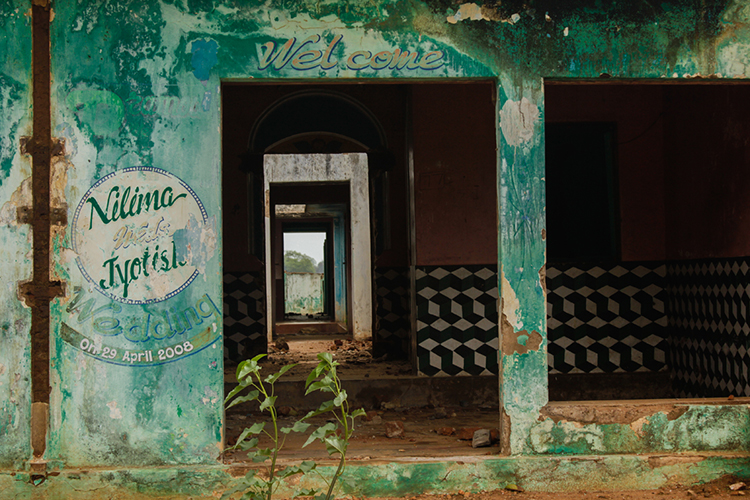 Photograph of Bilal Wani, killed by a CRPF bullet, on his way home after Friday prayers. His photograph is kept locked inside the trunk. November 2011, Kashmir 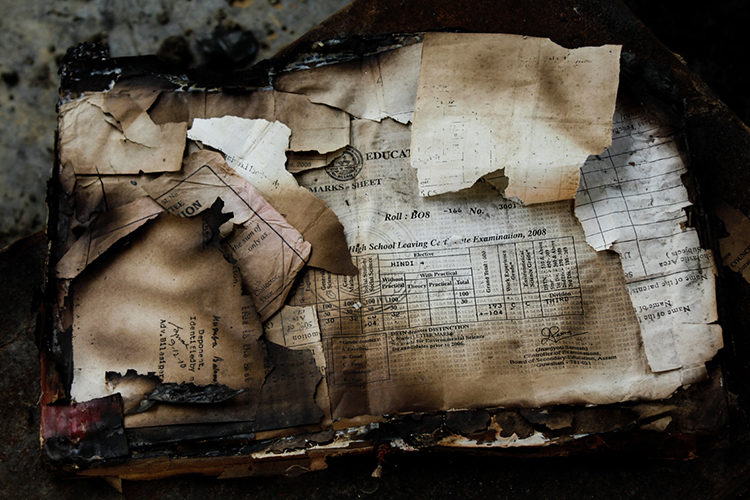 Remains of a Bodo child’s (Amit Basumatary ) marksheets, Malgaon village in Kokrajhar after the ethnic violence. August 2012, Assam, (From the series Heart of Darkness) 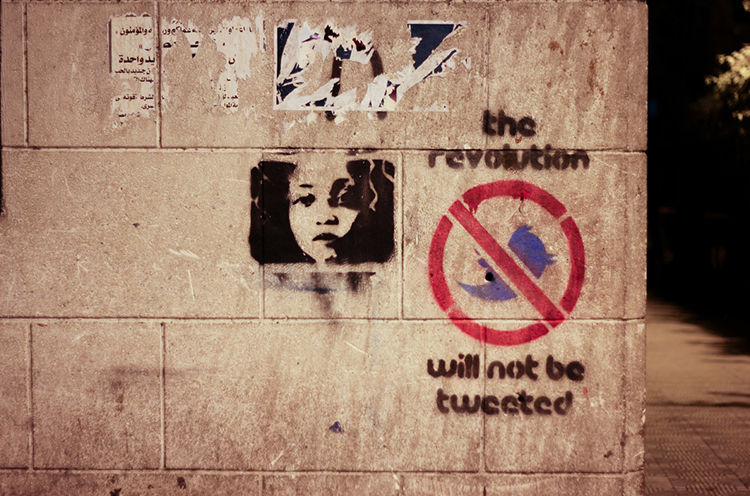 Graffiti outside the El Sawy Cultural Centre, Cairo. December 2011, Egypt, Digital (From the series The Revolution Will Not be Tweeted)

Saleem Khan and his wife, who belong to the Kathat community in Rajasthan. Their syncretic culture and way of life is under threat from religious fundamentalists (Hindu and Muslim), who want to take them in their fold. March 2011, Rajasthan (From the series To Be or Not To Be)