From the early days of photography in Afghanistan till the second half of the 20th century, most photographs from the region were taken by the British, Indians or other Western travellers. Those photographs captured either the stunning beauty of the landscape or were portraits of the ‘noble savage’ – local tribespeople in exotic attires and studio settings, often performing their customs and rituals. Being a deeply conservative society, outsiders had no access to their personal lives.

In the past thirty years, circumstances in Afghanistan have led to the creation of some of the most iconic photographs in recent history. World famous and local photographers have produced a cache of memorable images that encapsulated a life amidst war; haunting close-ups capturing the emotions on the faces of Afghans who have been ravaged, displaced and returned home again. On the other hand,there has also been a resurgence of street photography in the last one decade of a country that is on the brink of recovery from decades of upheaval. Mustafa Quraishi’s photos fall into this genre. Working on assignment with the Associated Press, one of the largest sources of newsgathering, his focus is entirely on comprehensive (photo)journalism. However, it is the narratives beyond the images that lead the viewer to linger a moment longer: the disturbingly cheerful grins on the faces of children with toy guns in a world where violence in normalised, is grimly reflected elsewhere in the photos of row upon row of tombstones. Quraishi has carefully crafted a body of work that represents the uncertainties still hovering over Afghanistan. The bleak light, the overcast sky and the ominous presence of the military reminds viewers of a country still in transition, edging it sway to healing.

All images from the series Afghanistan, Kabul, November 2009 & September 2011 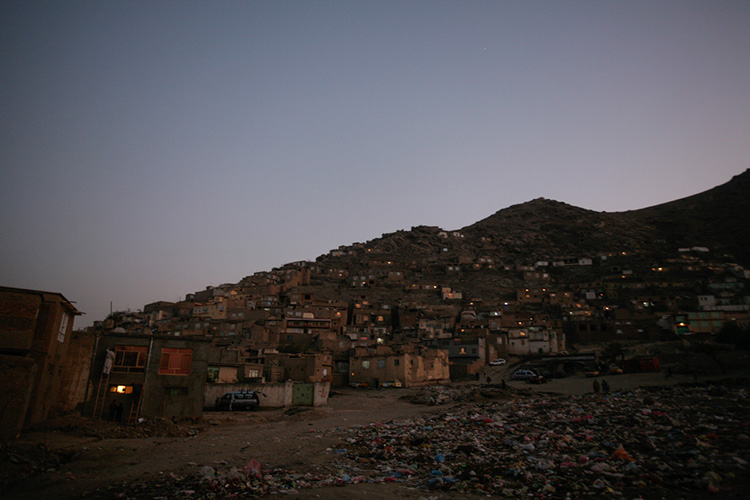 A neighbourhood at dusk. 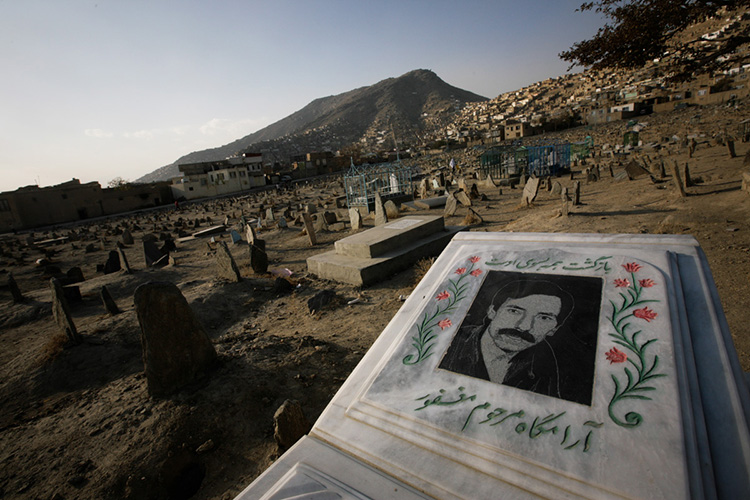 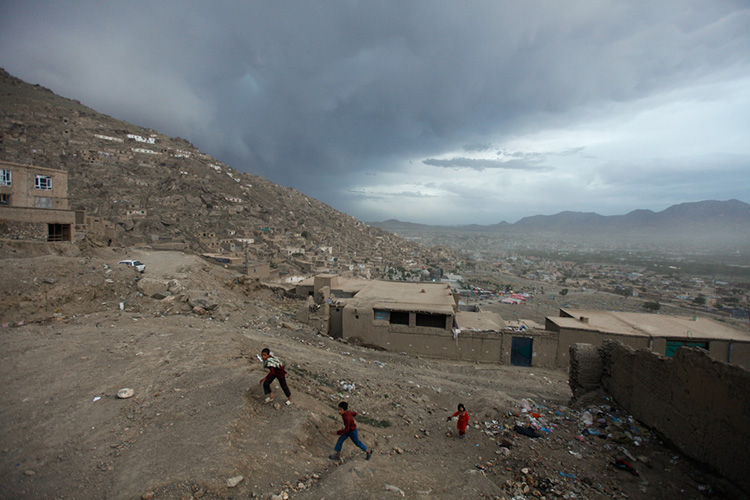 Children play near a fire in a garbage dump. 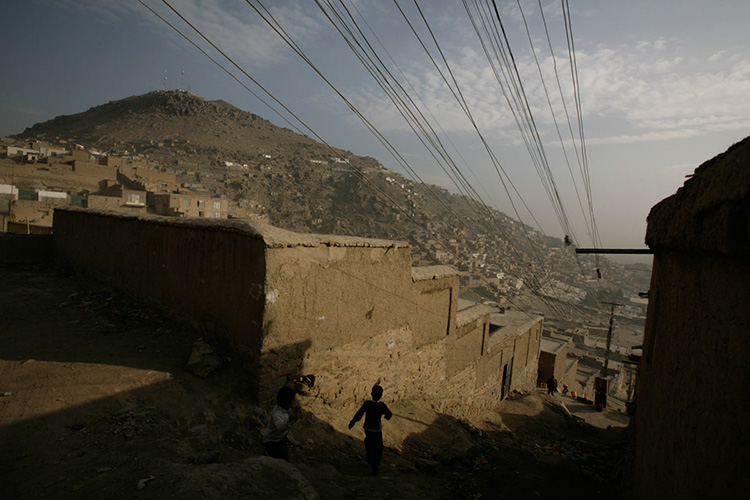 Children run down a hill estimated to comprise approximately a million graves.

A child cleans a car as others enjoy a Ferris wheel ride near the cemetery. 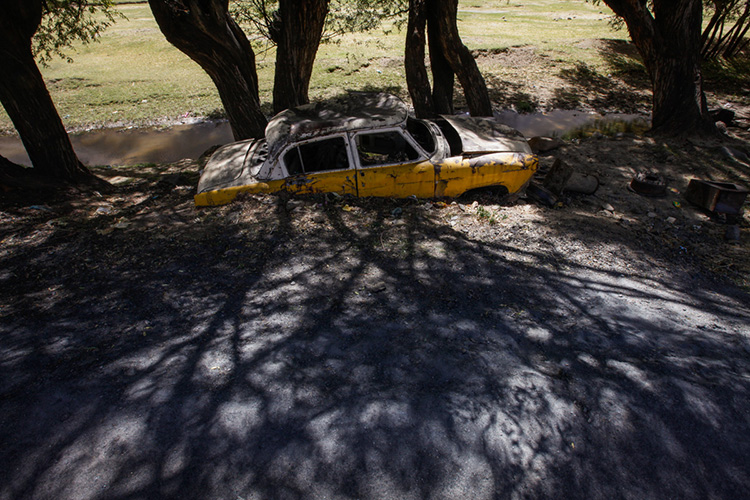 The remains of a Russian made taxi lies beside a road at the Panjshir Valley, 140 kms north of Kabul.

Afghan police and soldiers gather to secure the scene where a rocket hit the outside of the luxury Serena Hotel. 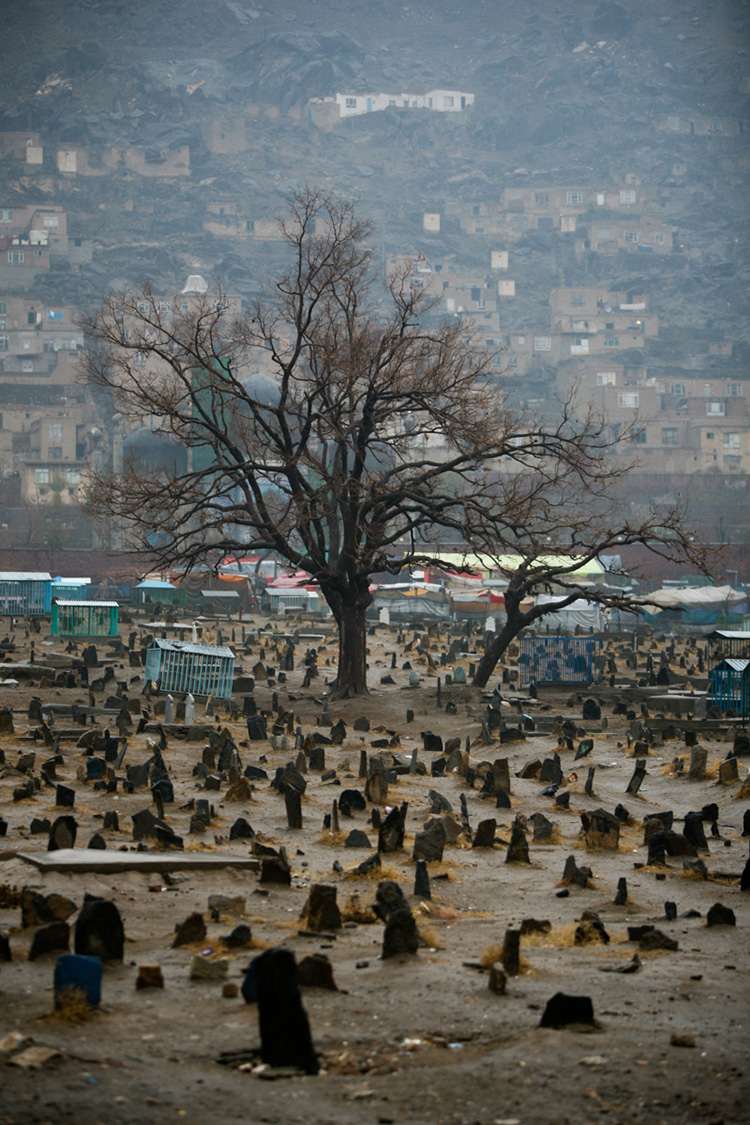 Rows of unmarked tombs at the Karte Sakhi cemetery. Kabul. 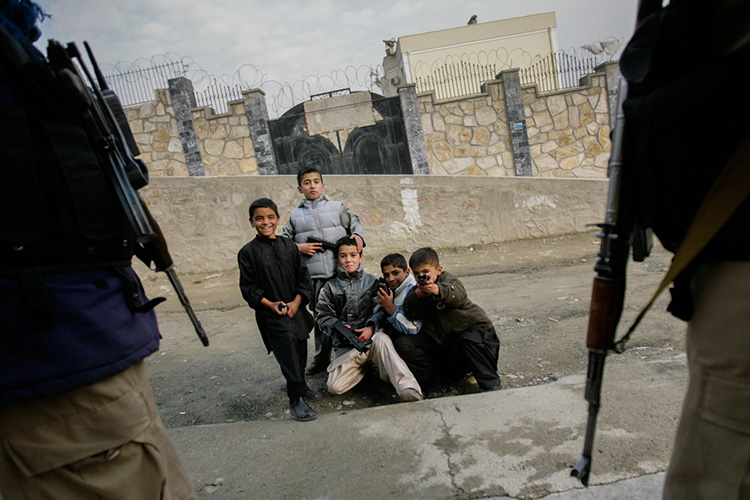