The Medium is The Message

Shamsia Hassani is one of several young female artists who have made international headlines in the last few years for adopting graffiti art as a way of protesting about women’s rights, and the impact the war has had on women’s lives, exacerbating cultural traditions of repression and isolation. Hassani uses the blue silhouette of the burqa to create a ghostly female figure which moves around the city, inhabiting places where women are usually unwelcome: public spaces,streets, broken buildings. “Every character in my artworks is me,” says Hassani, “because my problem is the same as every other Afghan woman’s. Our problem is not the burqa but the war”.

Shamsia Hassani is a founding member of one of Kabul’s most prominent artist collectives, Berang Association. She also teaches at the Faculty of Fine Arts in Kabul University and participates in many international exhibitions. But none of these things can be taken for granted. As a woman, working as an artist, and particularly a public graffiti artist, is a difficult and controversial choice. Hassani takes great care where and when she does her graffiti works, and sometimes paints or Photoshops her paintings onto photographs of urban scenes as a way of reaching places otherwise inaccessible. It is not acceptable for women to go out unaccompanied onto the streets, particularly at night, and the streets in the capital can be lawless and dangerous.The graffiti revolution that erupted in Kabul was sparked by several graffiti workshops run by international artists and activists that took place between 2009-10. Several Afghan and international artists based in Kabul began to adopt the medium as a form of resistance, painting slogans, provocations and imagery across the city. They criticized corruption and the abuse of power, and presented images protesting women’s rights. Like the many artists and activists who adopted street and graffiti art during the Arab uprisings in the Spring of 2011, it is the immediacy of the form, as well as its mass appeal and publicity value that makes graffiti attractive.

Hassani has explicitly said that she was drawn to graffiti art because “Afghan people have no chance to visit art galleries … and if it is there fora long time, then people will slowly memorise it and it will be part of their everyday life … and they don’t need a ticket.” The democratizing power of street art takes root in places where there are few places to see art, and even fewer places for discussion and dissent. But Hassani’s point about ‘memorising’ is also important – street art is also a protest against forgetting, or ignoring, the truths of the world around them. “Many forget the tragedy women face in Afghanistan,” Hassani explains, “so that is why I use my paintings – as a means to remind the people.”

* Excerpted from “Contemporary Visual Art in Afghanistan: ‘An Art of Laughter and Forgetting…’” (p. 45-55) by Jemima Montagu in Art and Conflict, a research enquiry supported by the Arts and Humanities Research Council and the Royal College of Art 2013-14.

All images from the series Dreams of Graffiti, Kabul, 2012-2014 Painting on photograph 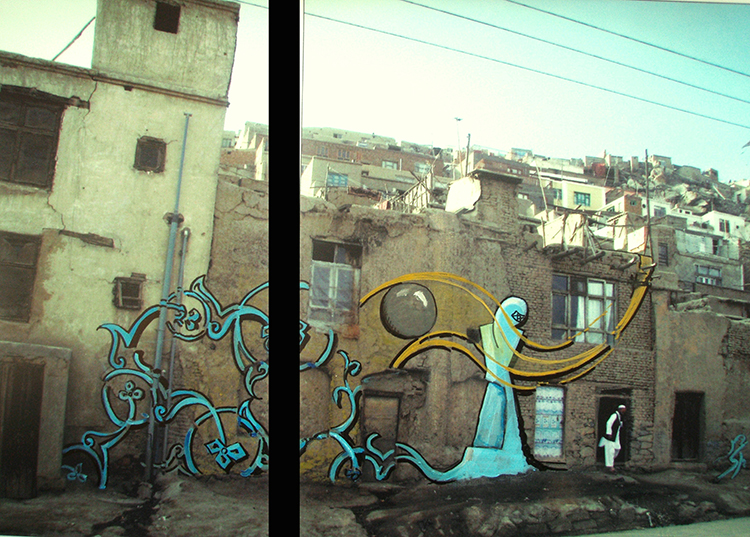 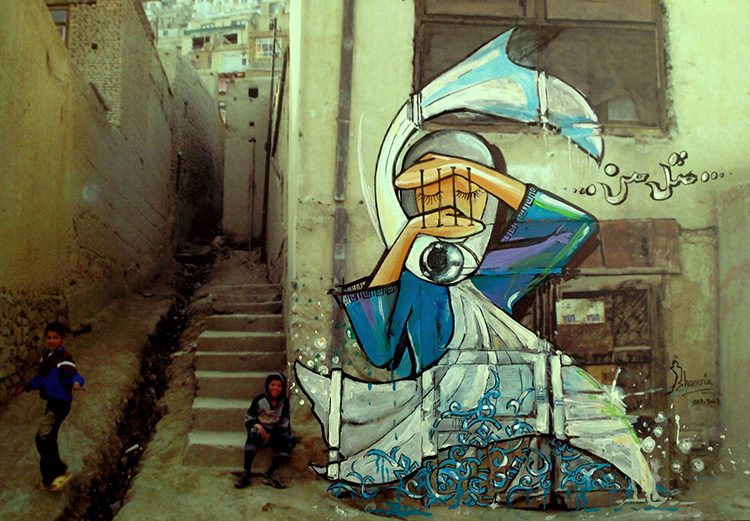 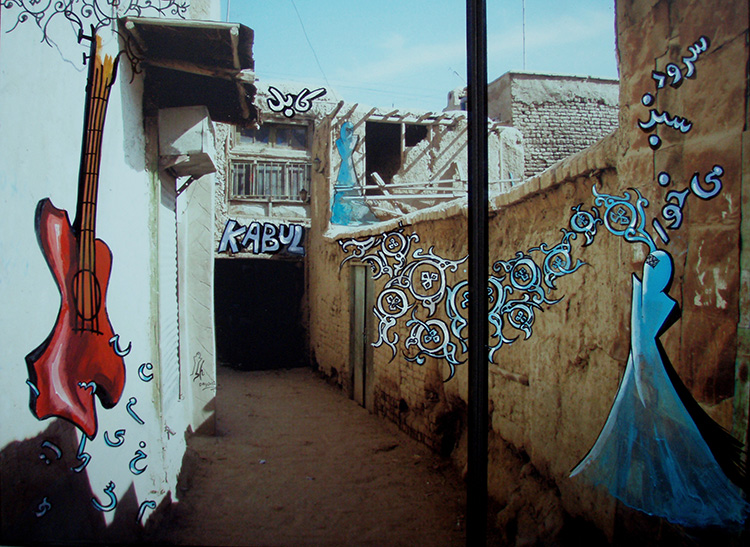 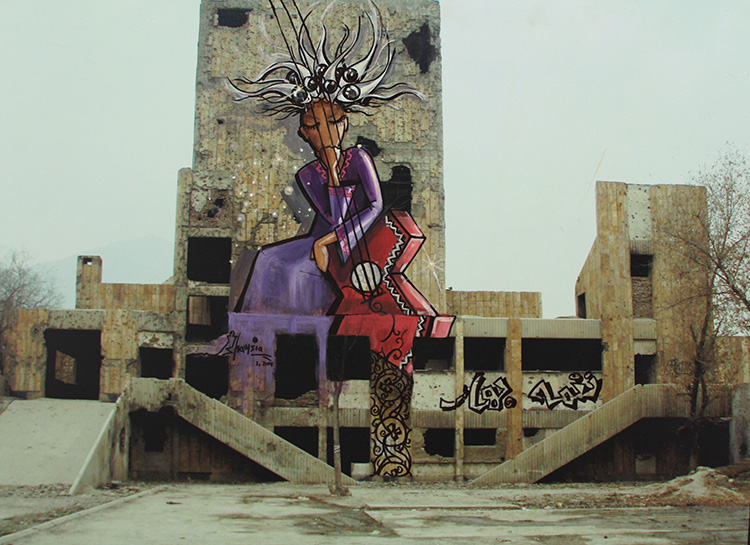 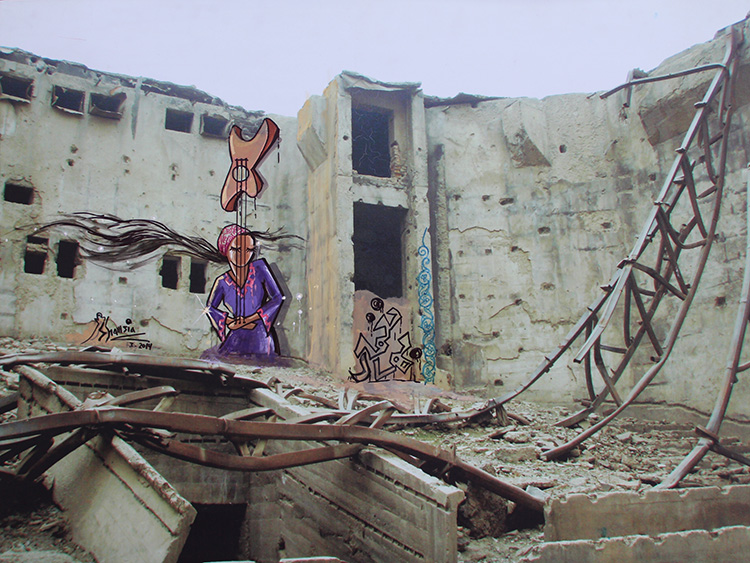