It’s been about 20 years now. Why do I continue to return to Nepal? To answer my own rhetorical question, what pulls me back could be the emerging voice of a young and restless generation – a hopeful energy despite their smiling resignation – a dilemma I have witnessed over time. But perhaps this response too is somewhat less credible and less convincing to the conscientious reader. Revisiting the country is perhaps more about my deep association with disorder – particularly an alignment of my own disorder, and that fleetingness which characterizes Nepal’s towns and villages. I feel as though I am approaching a void – those cities where auspicious stones have been erected, now lie desolate, but remain untouched by the hustle – these are the territories which I feel most endeared to, and that speak to my sensibilities. After years of engaging with the country, emerging from the airport every time I come back – surrounded by heady traffic, a non-stop racket, I am now soothed in the depths of its chaos as it is an aura which I now recognise and a place that I feel rooted in. The frames of life I see show a mesmeric state, a traffic of sites: a glance, a dog, a line of ragged walls, a butcher’s shop, the jostling in an overcrowded bus, the light burn of tea on the lips… these offer me a sense of kinship to the space that exists somewhere between order and disorder. These are the facts of life and the truths that lie, below, behind and underneath reality, and the inherent response to my elusive question, ‘Why Nepal?’

All images from the series Everyday Epiphanies
Images are shot on film. Those from 2013 are digital 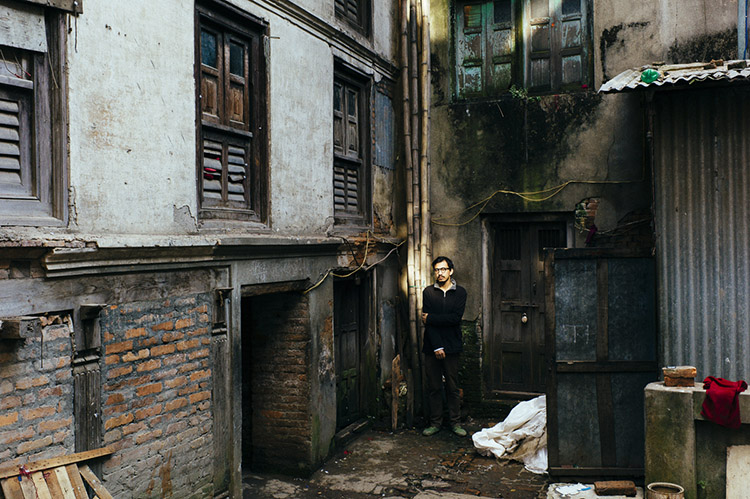 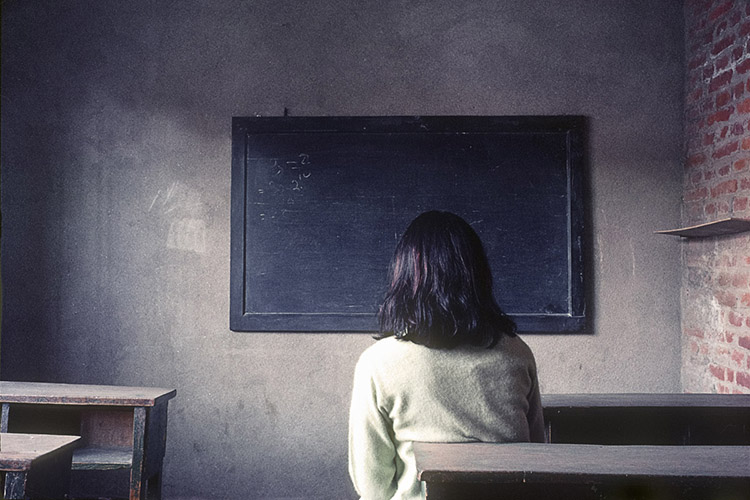 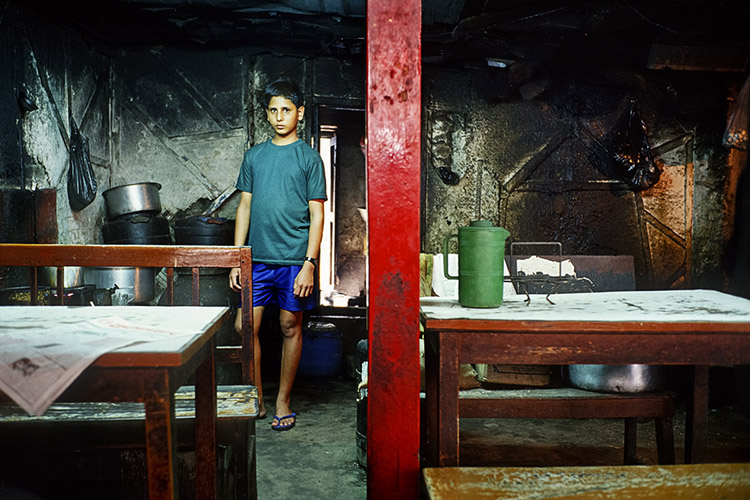 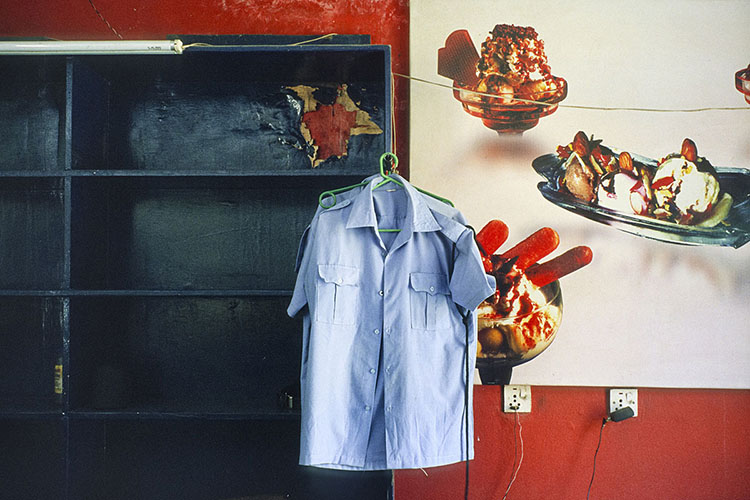 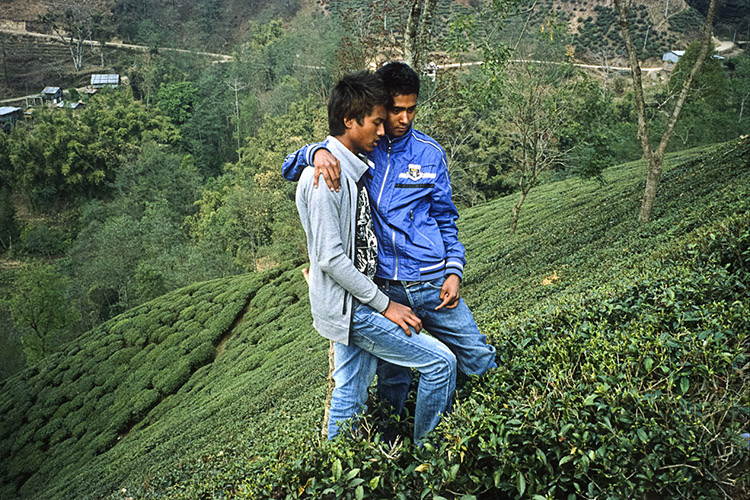 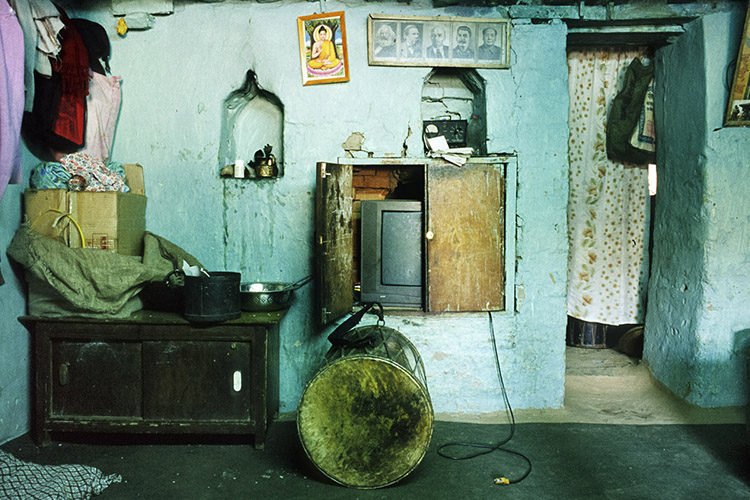 Indira Lacchimasyu’s dhymia, a ritual drum that she was the first woman to be allowed to play, at her parents’ home, Bhaktapur, April 2008 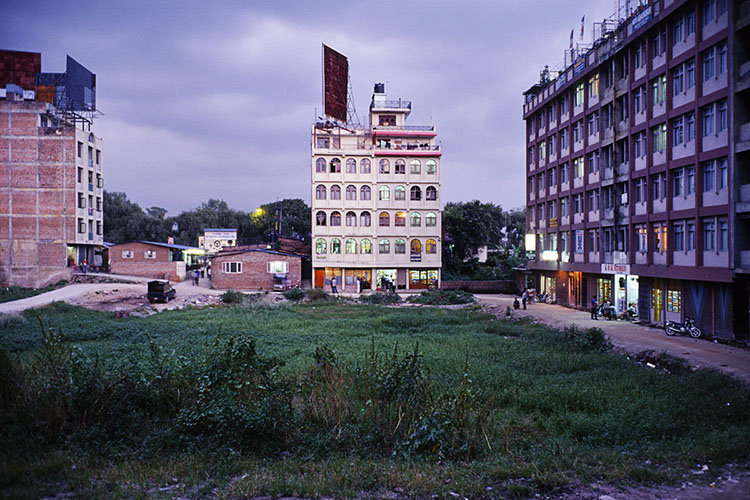 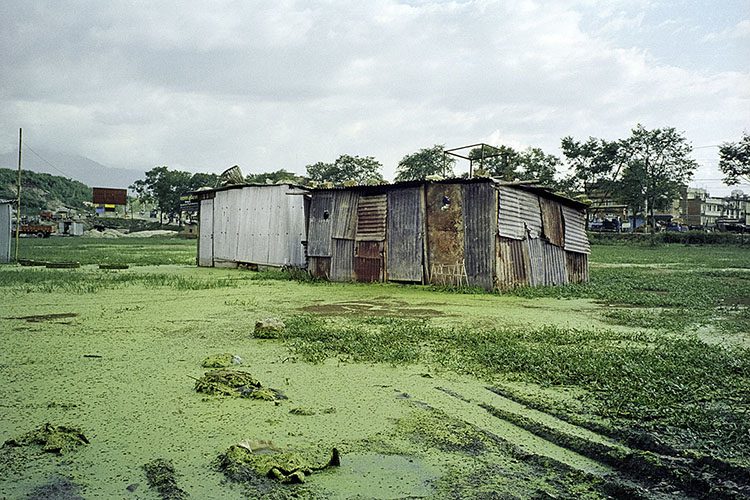 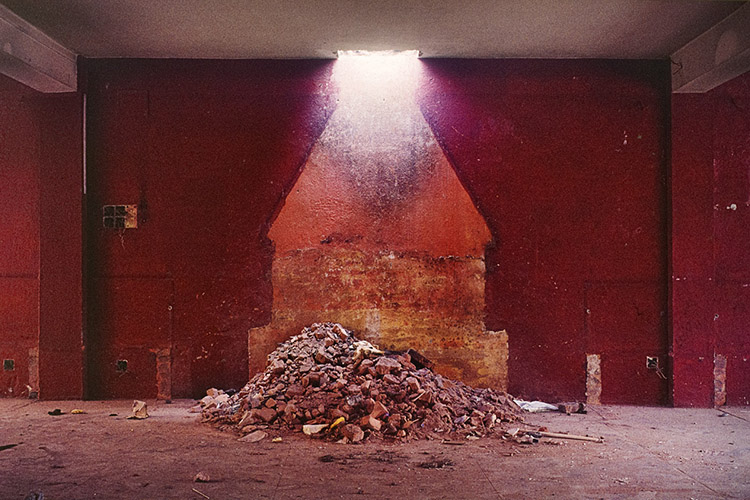 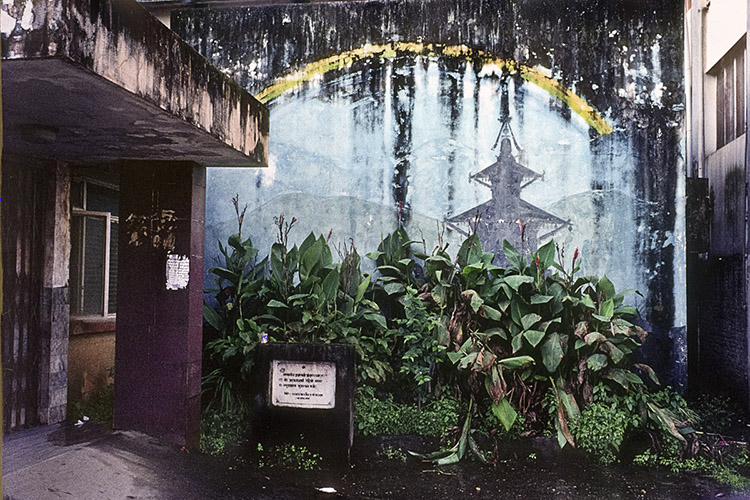 A painted temple on a wall, Mahakal Road, Kathmandu, September 2001 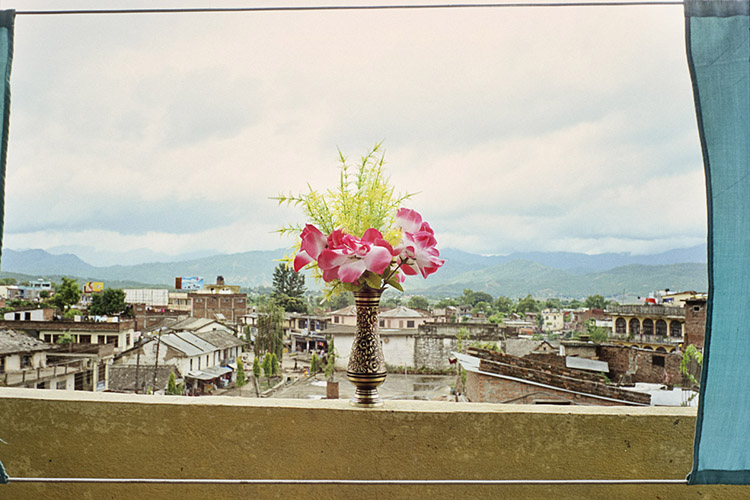 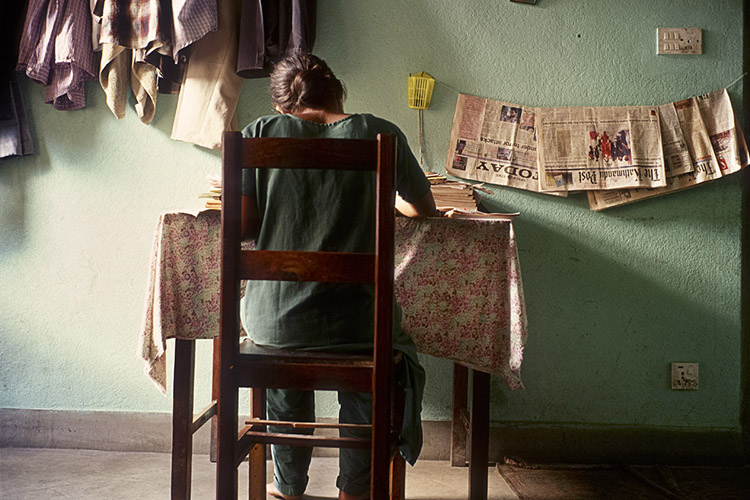 Calm in the Chaos

In case of chaos,
there won’t always be an exit door,
perhaps
I won’t be looking for one.

This chaos will be left
right
above
below.
This disorder will have ordered itself around me.
I won’t feel out of place.
I will find myself feeling free
even inside walls that cage me.
My life might never touch the soil outside the
shores
of this murky, green lake
but I am at peace with floating
and this knowing that unfolds like petals:
freedom isn’t about fleeing but about this feeling
of calm
where ever I am.