The Other Side of Annapurna

The Annapurna mountain range – the majestic abode of Annapoorna Devi, an incarnation of Shiva’s consort Parvati – is suffused with ideas relating to mysticism. However, it is better known for the Annapurna Circuit, one of the more popular trekking routes in Nepal. Ranked as one of the most dangerous mountain treks, this mountain range has been drawing avid trekkers for decades. The photographer, Shikhar Bhattarai, has walked this route a few times. His project stemmed from a curiosity about the life beyond the window of the trekking season, and the small villages that travellers have but a fleeting glimpse of on their journey to the top.

The village of Marpha, in Mustang district, was largely unaffected by the civil war which lasted from 1996-2006. This village is the setting of his series as it is one of the many villages that one comes across on the Annapurna Circuit. The work represents an attempt to understand the people, their coexistence with the landscape, and is a reflection on the quietude and subtlety of the rhythm of life on the other side of the mountains. Surrounded by beauty, perhaps what is most striking is a deep sense of emptiness and isolation that permeates the images.

Despite being hugely supported by the Tourism Department, in recent years, many of the young and able-bodied have left the village to live and work in more urbanised parts of the country affecting the demography of the region. In his initial interviews with many of the locals, it came to light that most of the high ranking jobs of running the village had historically been in the hands of the Thakali community, whereas menial or agricultural activities were largely performed by those from the Dalit community as well as seasonal migrants from other rural parts of the country. However, this has slowly changed with many villagers migrating abroad, increasingly to countries in the Gulf. Those who are left behind survive from one trekking season to the next, with Dalits being much more vulnerable to the seasonal fluctuations.

In between these seasons, there is a sense of stillness and desolation within this striking landscape, where those remaining live a life in limbo, uncertain of what the future holds.

All images from The Other Side of Annapurna
Marpha (Mustang District),
September 2013 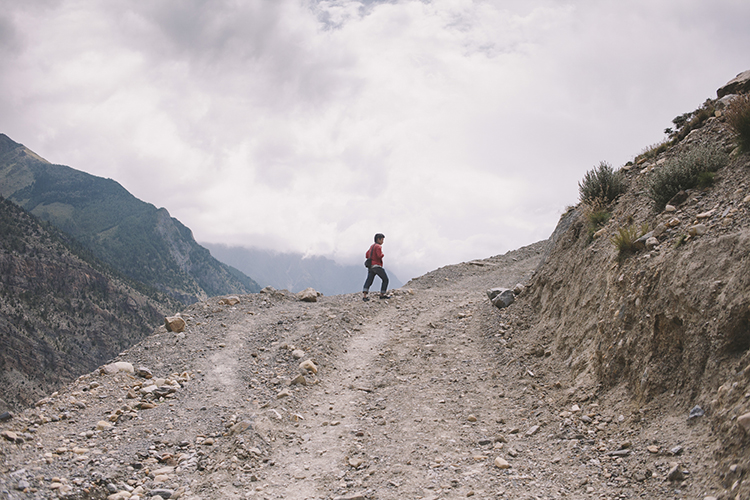 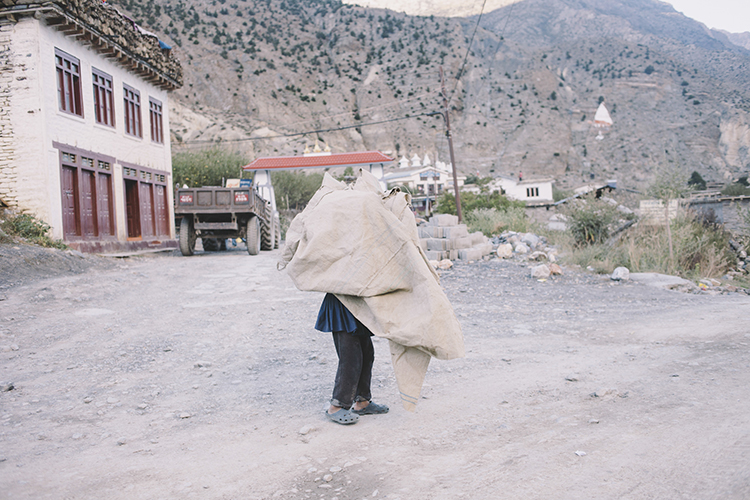 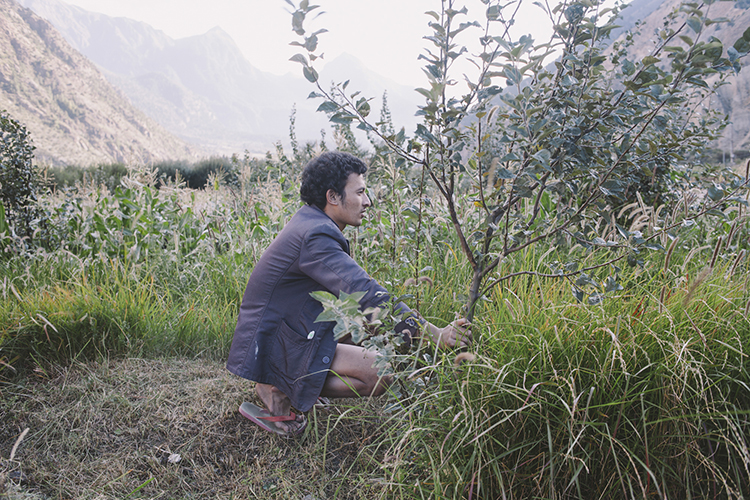 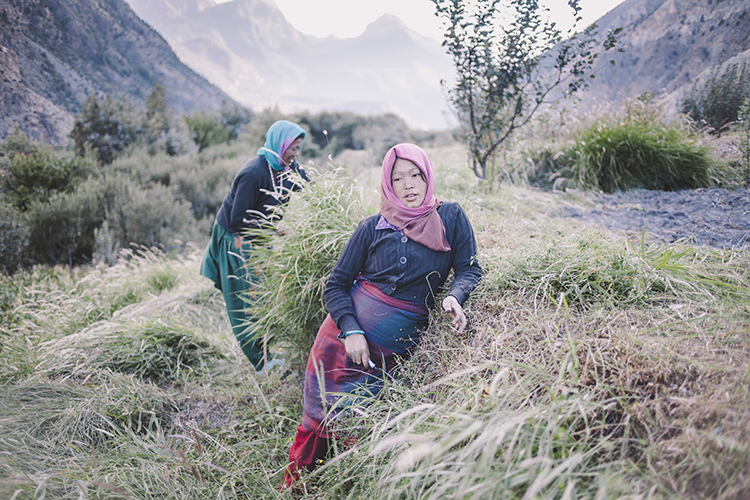 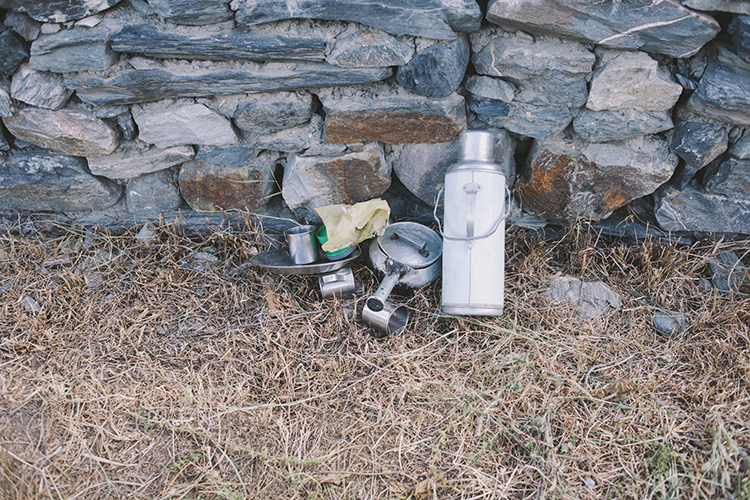 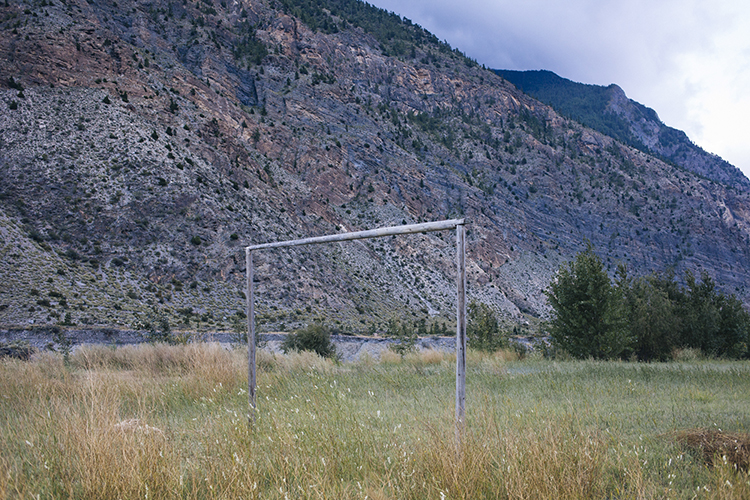 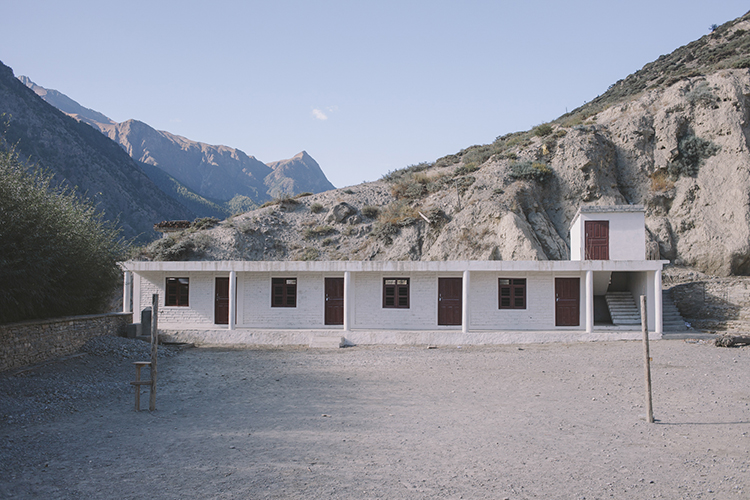 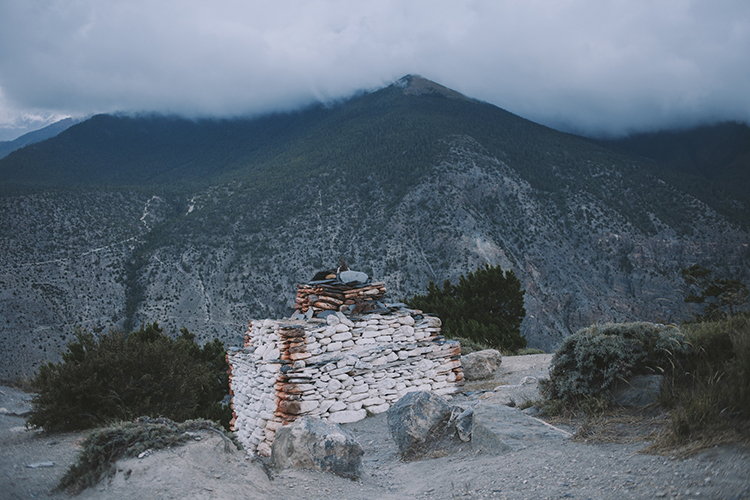 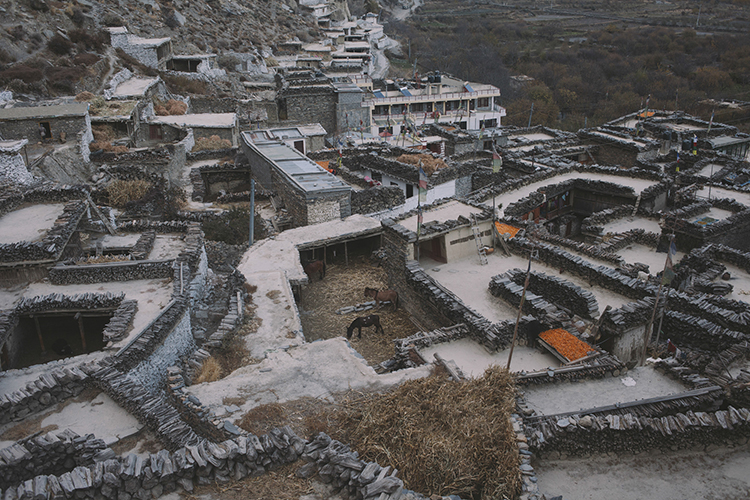