In photographs like Finnish photographer Tuomo Manninen’s group portraits, the tension between the real and the virtual becomes a deliberate quality of the work. The photographs are of groups of professionals, from accountants to body builders, in their spaces of work, surrounded by the implements of their profession. They are real people, who work their very real jobs in those very real spaces. The photographs do not lie about that. But the manner in which the people are present in the frames, artfully arranged like set-pieces on a stage, lends artificiality to these images. In the striking mise-en-scene of the photographs, there is painstaking deliberation.

This isn’t by any means a fault of the photographs. In fact, it is what makes these photographs unique and interesting. The relations between the real and the artificial are there for all to see. By bringing out this tension, Manninen’s photographs are elevated beyond the ordinary and into something that serves a decisive purpose. These are not mere group portraits but active recreations of group dynamics. The tension evident here is not just between what is natural and what is constructed but between the subjects in the photos too. The manner in which the subjects are arranged speak to the tension inherent in any group, between the individual and the collective.

* An excerpt from “The time image”, which first appeared in The Kathmandu Post on October 31, 2015.

All images from the series We
Kathmandu, 1995 Colour negative film 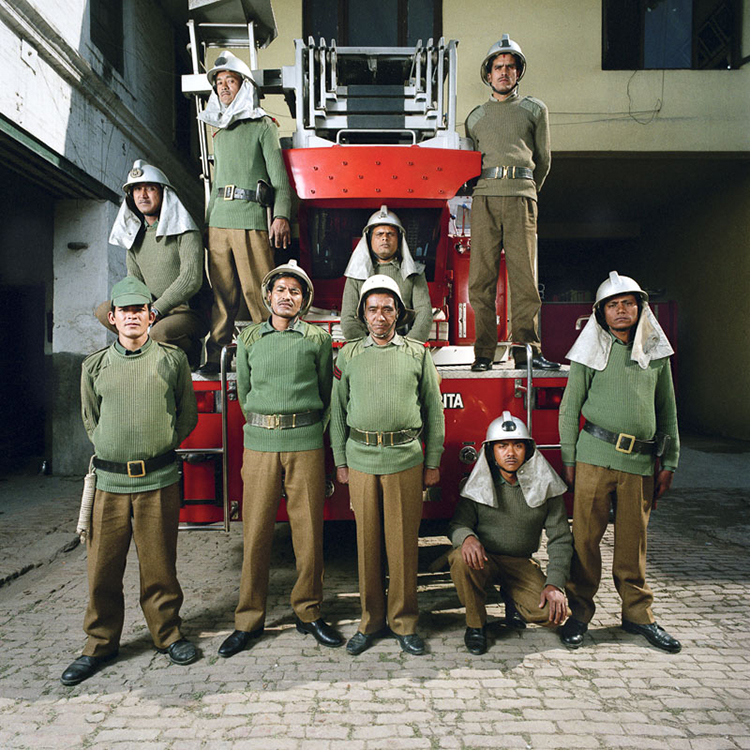 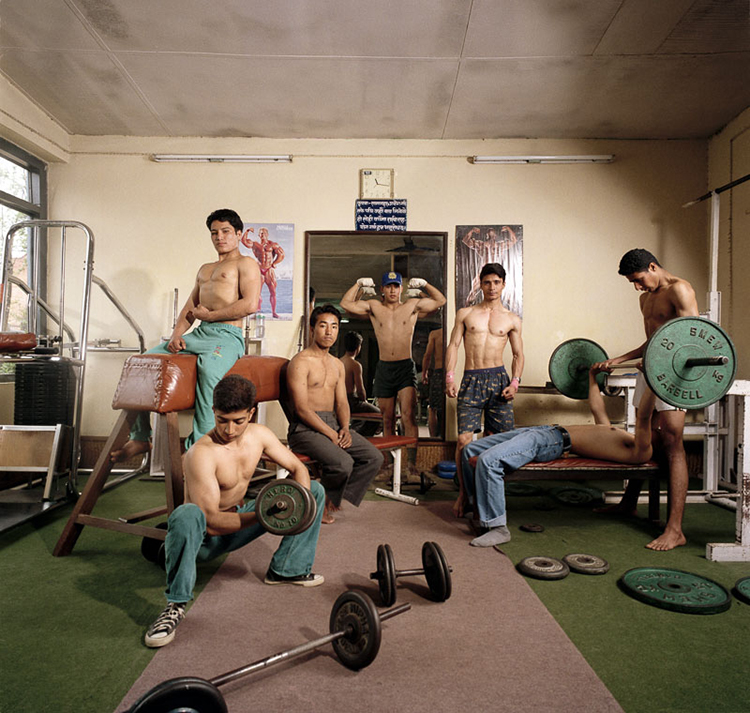 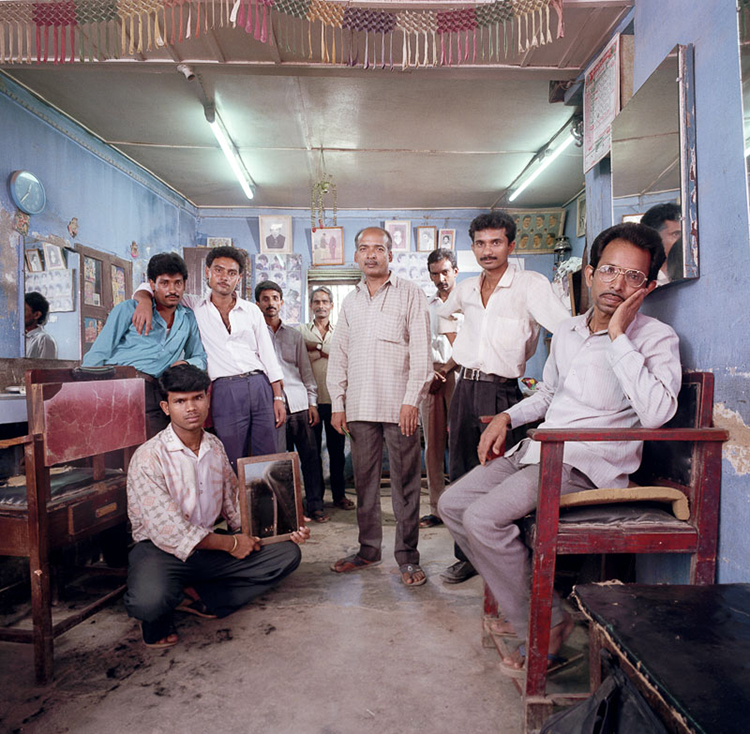 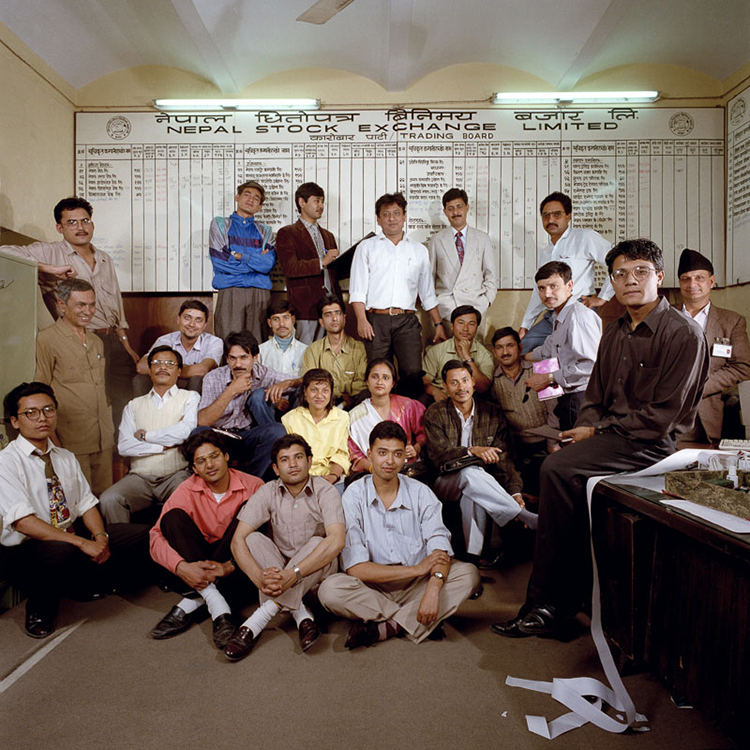 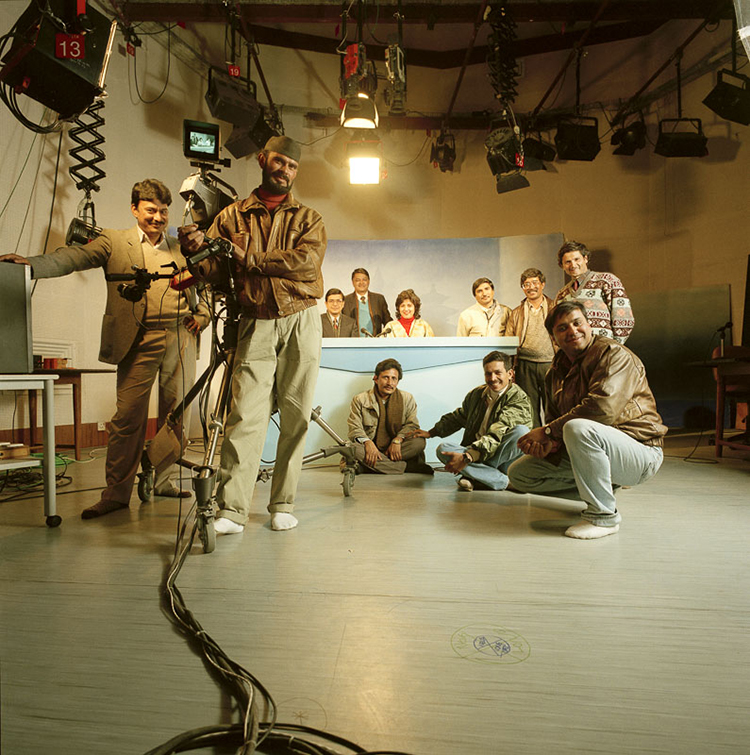 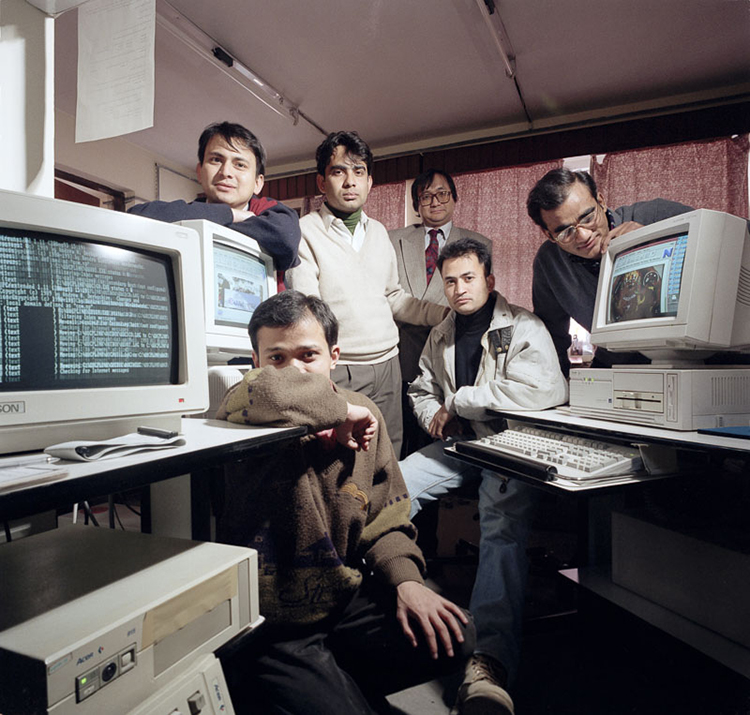 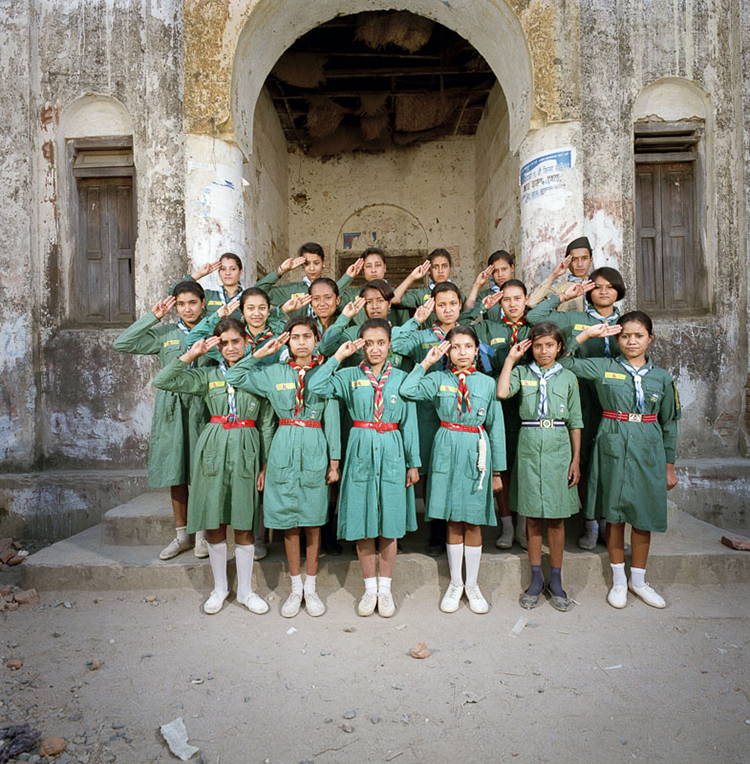 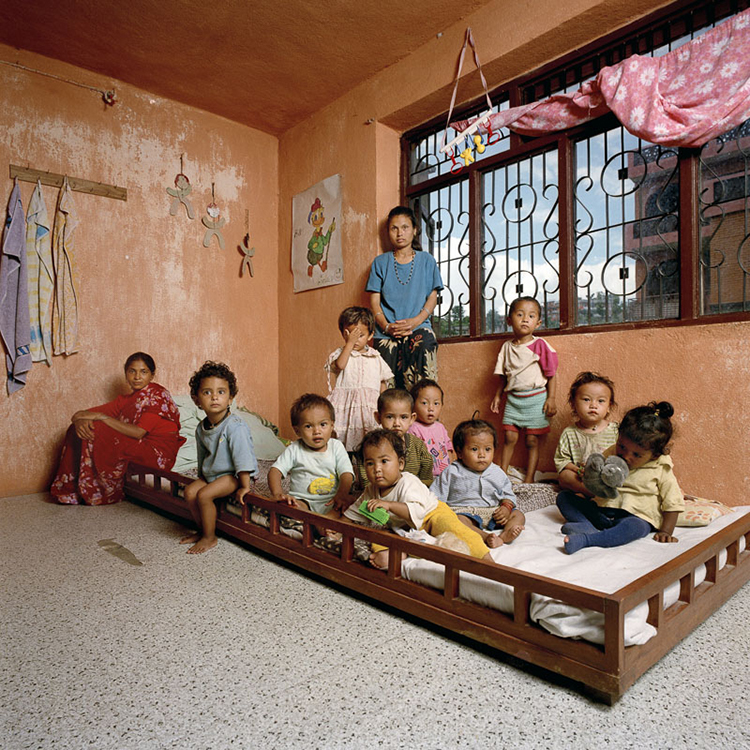 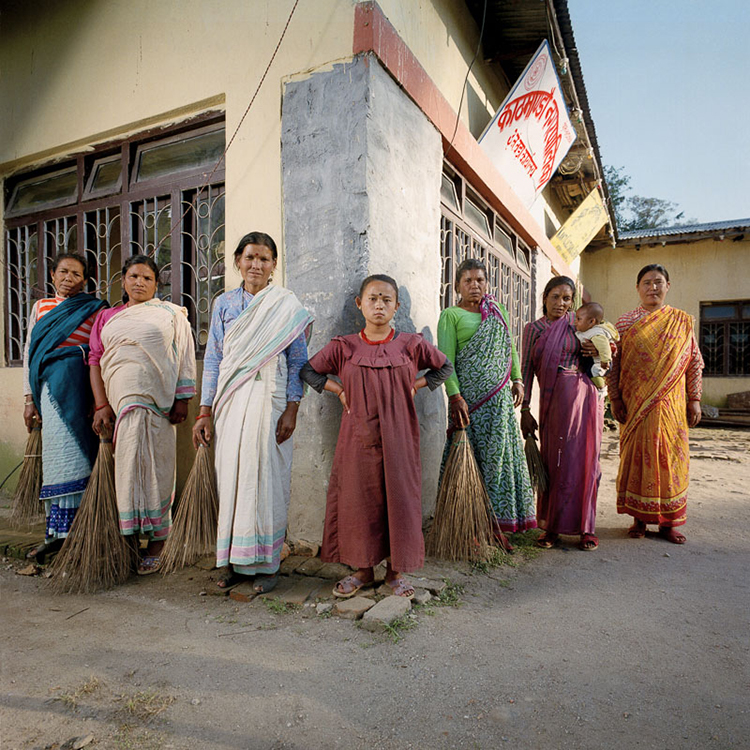 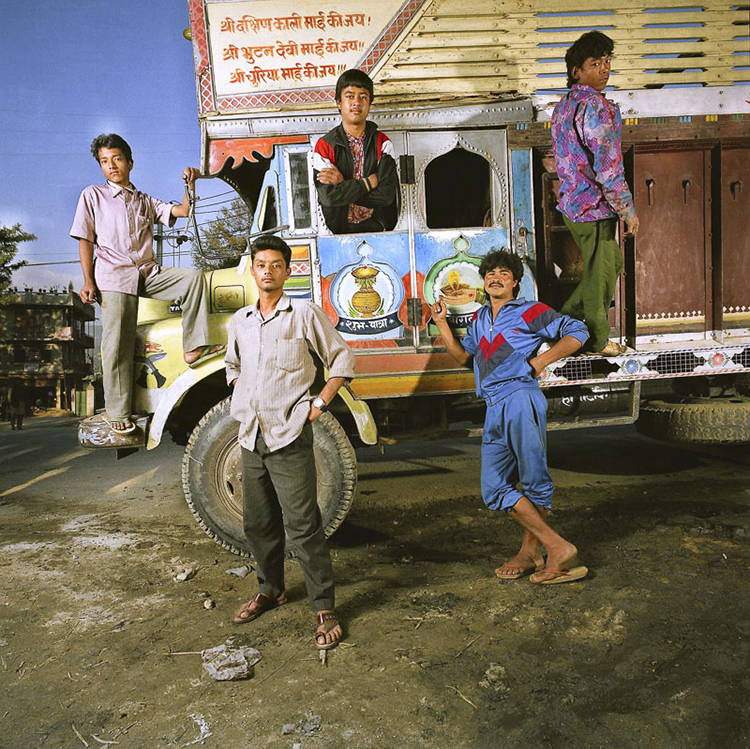 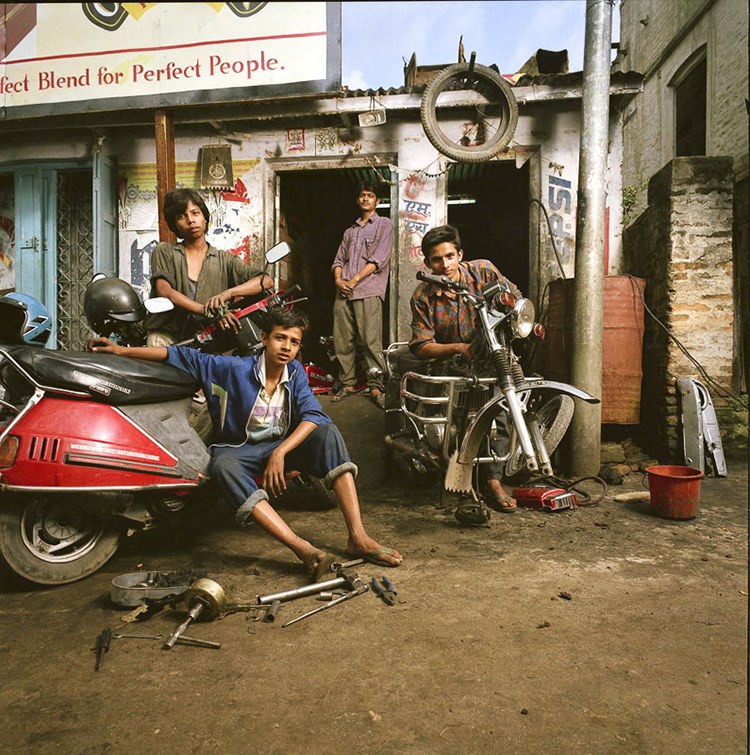 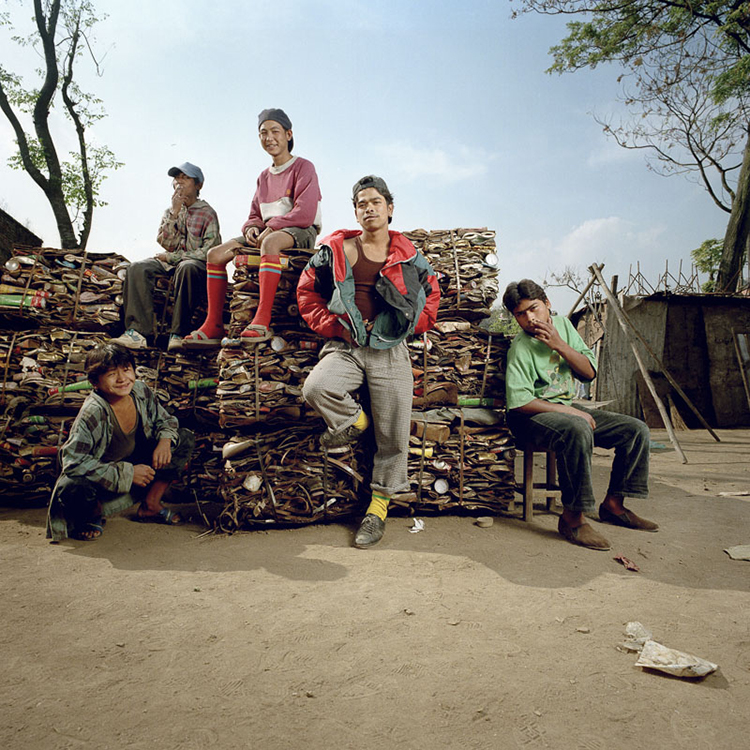 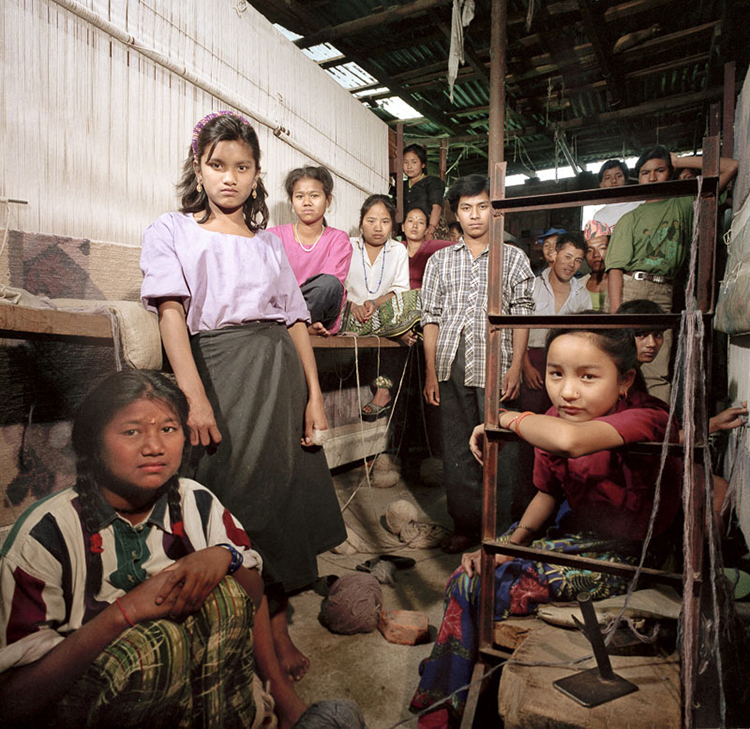 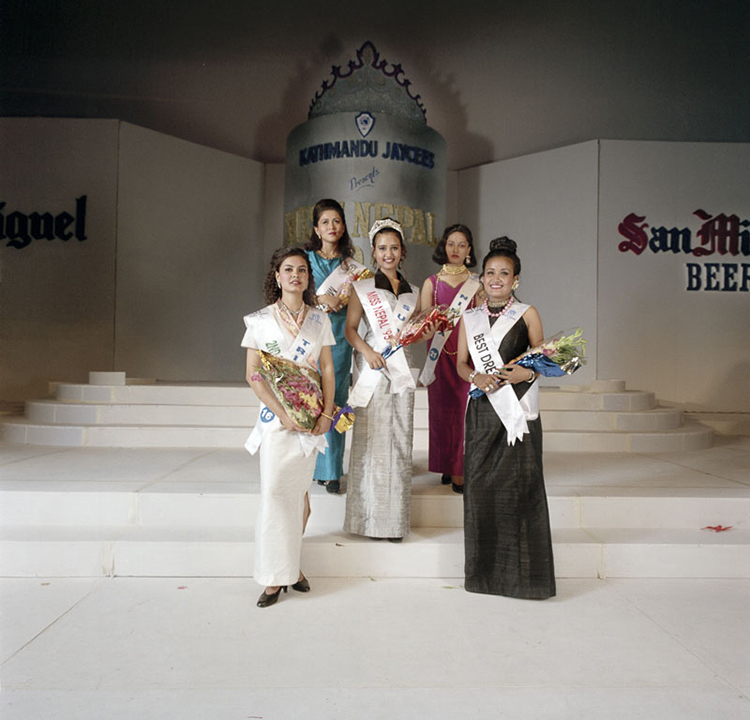 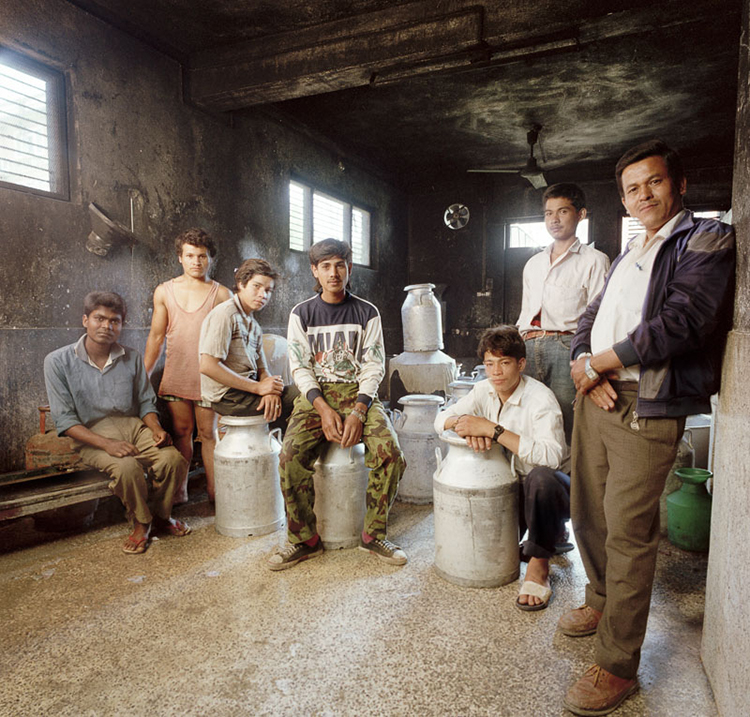