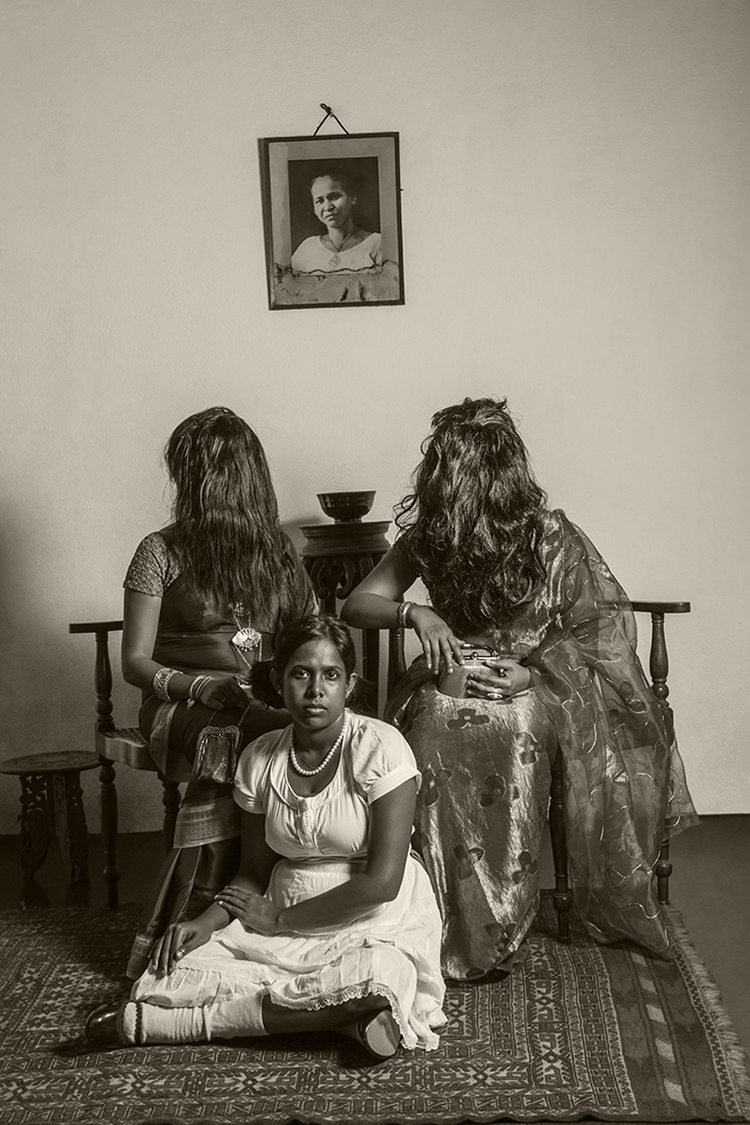 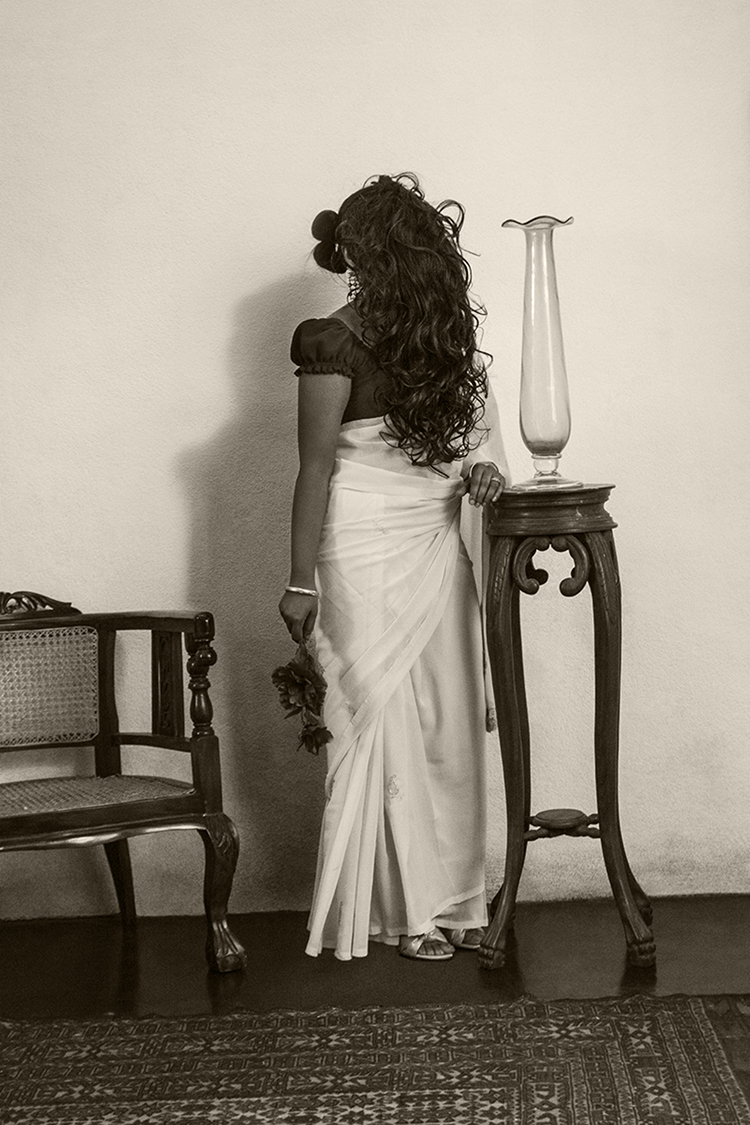 In the history of photography as a visual medium in Sri Lanka, it is fair to say that women’s voices and points of view have been largely unexplored and underrepresented. In a country where feminism is still a controversial concept, Anoli Perera is part of a generation of female artists pioneering a female gaze, and telling visual stories of contemporary femininity in Sri Lanka. In this context as when women create art, it is inherently a political act, since the role played by women has been by and large, that of the photographed, but rarely the photographer, viewed but never the spectator. And yet, today, with more women artists than the world has ever known before, how is the female gaze being articulated?

In this regard film critique offers a useful perspective to consider the politics of spectatorship. The British feminist film theorist, Laura Mulvey in her seminal essay from 1975; Visual Pleasures and Narrative Cinema, stated that women were objectified in film because heterosexual men were in control of the camera. She argued that the male in control of the camera inevitably put the spectator in a masculine subject position, with the figure of the woman on screen as the object of desire and ‘the male gaze’. But what happens when a woman is in control of the camera? How do women capture images of women that aren’t mere replications of the male objectification of the female body which has traditionally defined notions of ‘art’ and ‘beauty’?

In Perera’s photo- performance work, I Let My Hair Loose (Protest Series) presented in this issue, the artist through a mimetic (re)presentation of 20th century portraiture of women explores the idea of the male gaze and female subjectivity. Perera constructs her protest of the male gaze by playing on atypical images of female subjects constructed by men. She presents the subjects in theatrical settings, mimicking the 20th century aesthetics of portraiture. Articles of clothing, accessories, furniture and ‘props’ stand out as signifiers of class, race, and status. As Mulvey notes in the essay ‘Women then stand in patriarchal culture as signifier for the male other, bound by a symbolic order in which man can live out his phantasies and obsessions …by imposing them on the silent image of women’.

In this work by the mis/placing of the female sitters’ hair Perera disturbs the ‘order’ of things and thereby arrests the male gaze. This significant alteration protests and challenges the male gaze and draws attention to our own expectation of the sitters’ passivity. But that is not the only protest. In this situation the presence of the woman behind the camera replicating a male gaze subverts it and perhaps even mocks it.

It could be argued that this protest, while potent still relies on the male-centred frame of reference to challenge the viewer’s engagement with it. While the construction of a protest in these terms may work in I Let My Hair Loose, it leaves us with the central question of what is the female gaze?

Does the wielding of the camera by a female alter something about the power dynamic given that gender power asymmetry is a defining critique of the male gaze? Does the female artist’s presence, placed in the triangle of relationships between sitter, photographer and spectator alter the representation of the female?

In terms of presenting an alternative the Italian feminist scholar Teresa de Lauretis in her book Technologies of Gender: Essays on Theory, Film, and Fiction (1987) suggests in reference to gender that it must be ‘(re)construct[ed] in terms other than those dictated by the patriarchal contract, we must walk out of the male-cantered frame of reference, in which gender and sexuality are (re)produced by the discourse of male sexuality.’ She states that in essence it would need to displace this narrative of assumed heterosexuality and gender binaries.

In this context should then a female gaze (re)examine women and femininity and deconstruct gender and sexuality within its construction of representation if it is to present a new ‘other perspective’ of the female body?