This series that was created in Sri Lanka and Australia are inspired by my personal experiences as well as an observation of current affairs. They come together to merge varying subjects ranging from politics to culture that communicate instantaneously, the emotional relationship I formed with my surroundings.

My work is borne of movement – a motion between every section of the image which is pieced together in fragments. Extendedly, I want to embrace the Internet culture so exceedingly prevalent today and the manner in which information cohabits with images and therefore questions the genres of high and low art by paying homage to mass culture. I want to use its templates and layouts so as to incorporate a kind of debris of the everyday with transgressive juxtapositions.

The Internet is a space of anonymity as well as one in which every person becomes a public figure of some sort, open to the opinions of others. As soon as a person uploads an image, there are a barrage of ‘likes’ or a trail of comments, which at times, makes one very self-conscious. The image titled Cosmic Love is a reference to such vanity. This is the power we wield over others in cyber space, and the reason behind why I want to represent how people expose themselves by the acts they make public. Social media is also at the forefront of the confounding of personal lives, leading to the unlocking of secrets. The illusion of an absolute truth or impeccable transparency of intentions and actions; unconditional freedom and unfettered lives – these are ideals that can never be entirely realised, but must be desired. A universe of evidence, reporting and imagery is at the very core of interpersonal media, and if we can call it so, the contemporary experience. It is in this context, that the private and the public often loose sight of each other’s domains. 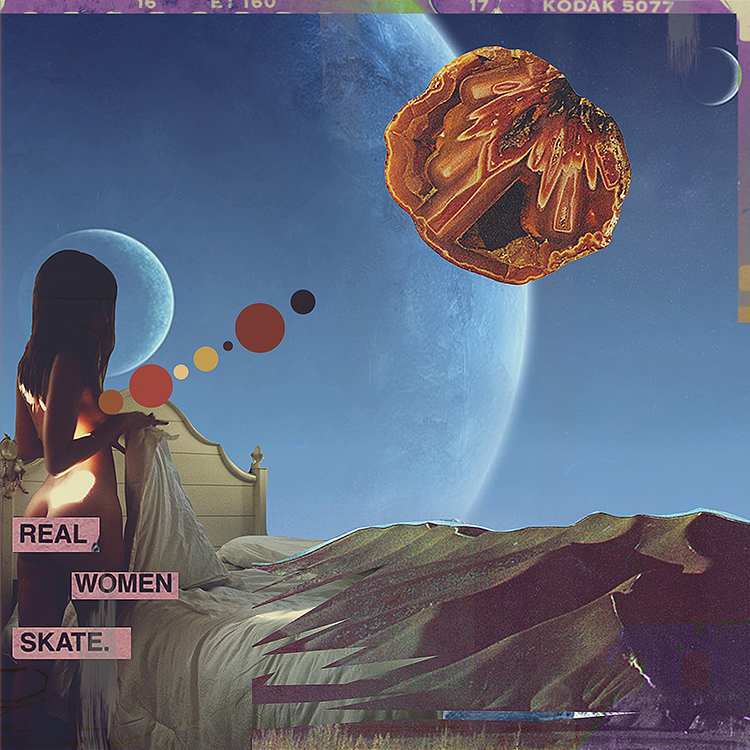 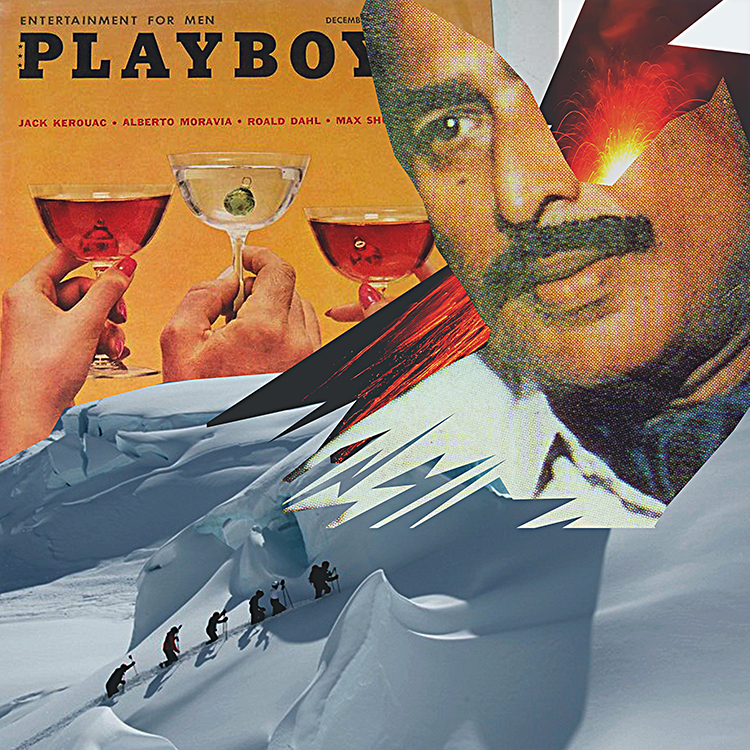 History of Every Gentleman, Digital collage print on canvas 2014 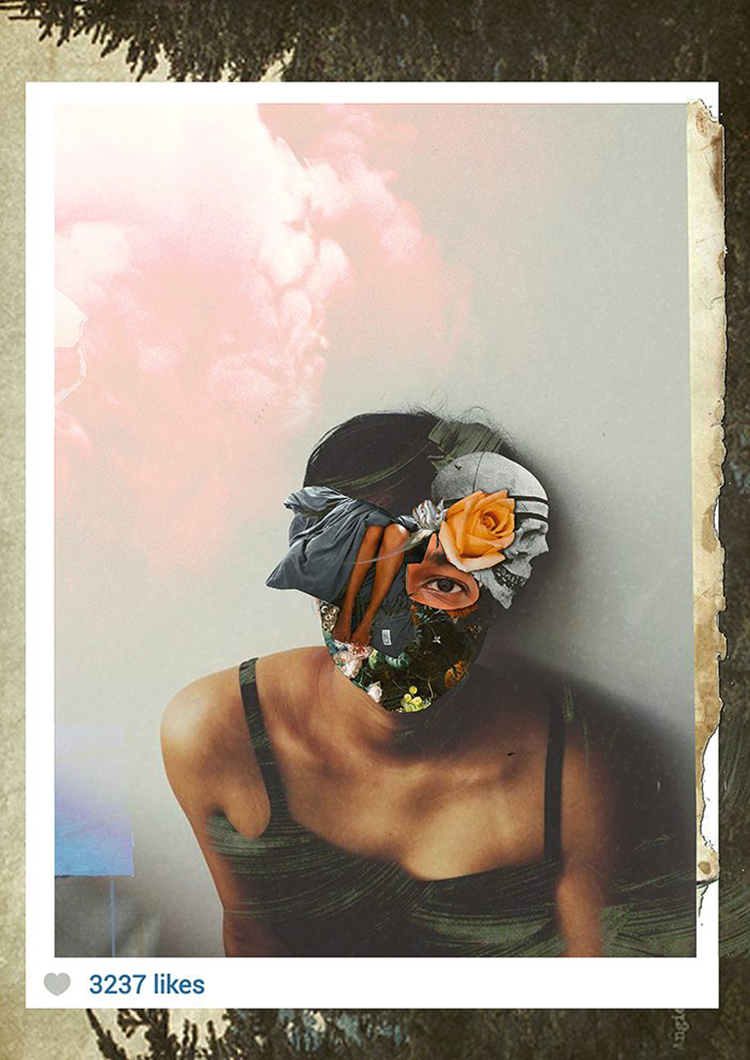 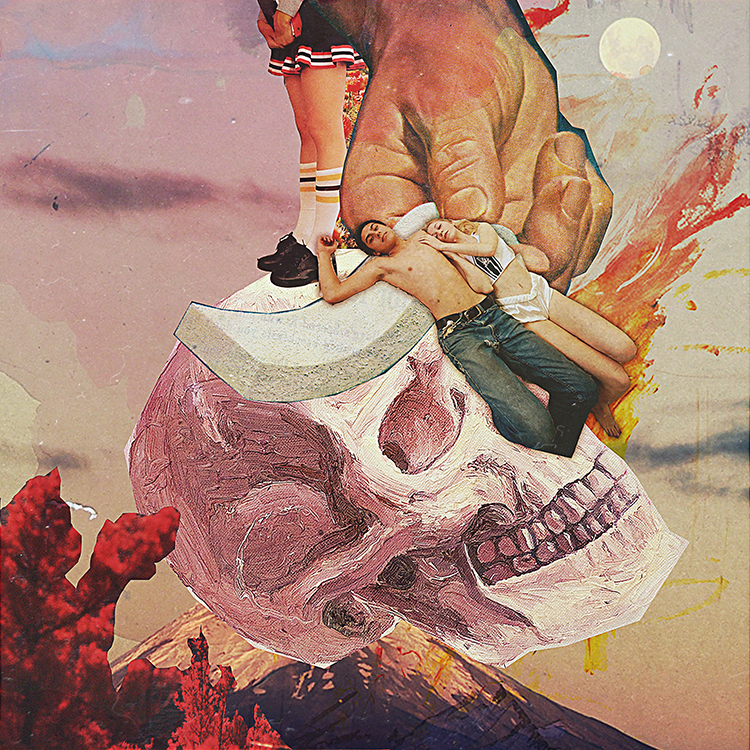 For me the ‘Holy’ in the series title refers to all of us. The point of using layers and crops, virtual tools, was to show the extent to which we can appropriate material in the present in order to make it personal. It can be a face, a leg, or even an idea that could be adapted to suit ones purpose. And yet, through the montages and layers, it is an identity re-constructed and re-imagined. The connection an audience makes with this identity, deems it ‘holy’ while the ‘merchandise’ represents our ability to consume or sell that very image.

The power of using the Internet is a universal experience and lies at the core of the disparate juxtapositions of men, women and objects. And so the language of pop culture has changed, from hashtags to filters and the range of social media that people use. Furthermore, with the production of photographs daily, the problem of any contemporary work requires that we cope with a surfeit in quantity. One of the ways in which many photographers have dealt with this has been a focus on the notion of personal memory, and the proliferation of private archives:snapshots of friends, families etc. The private histories derived from them contribute to the domain of the intimate, especially if one were to think on the proposition of Freud – that the invention of photography empowers the faculty of recollection in abstract ways.

All images from the series The Holy Merchandise