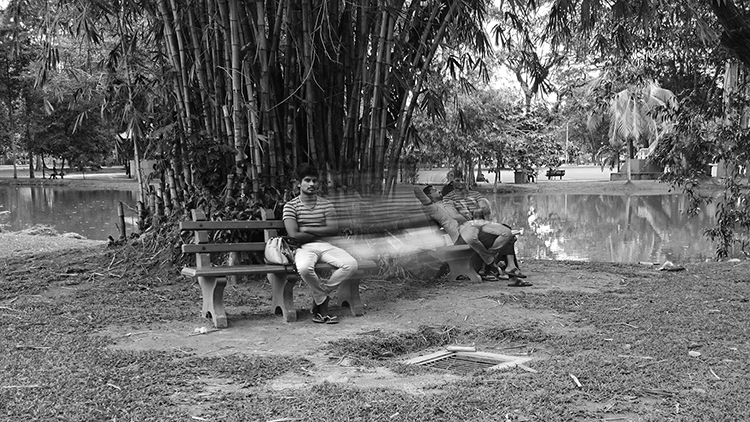 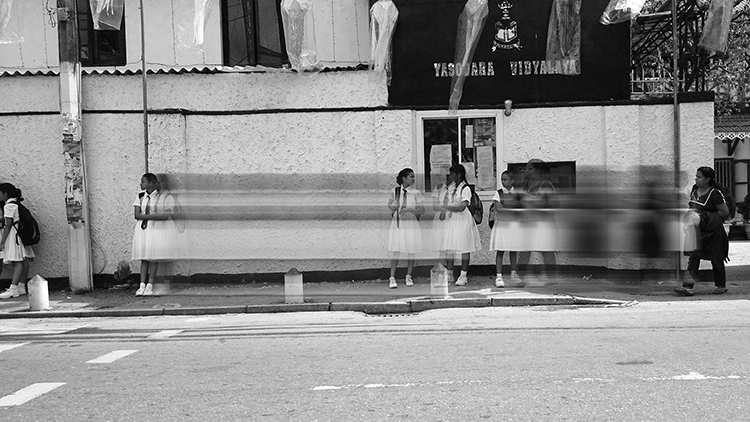 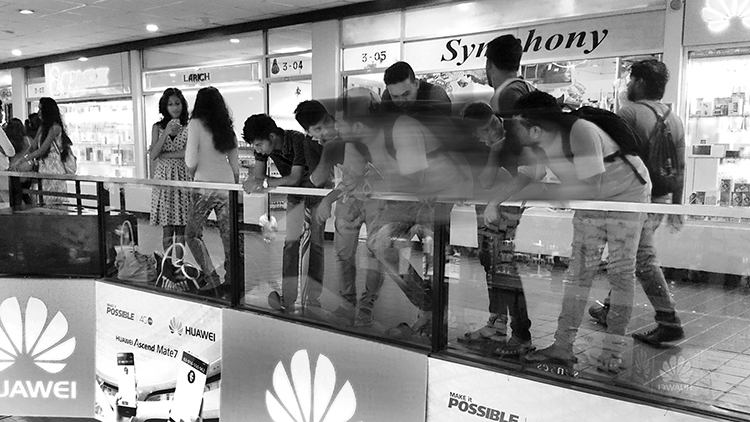 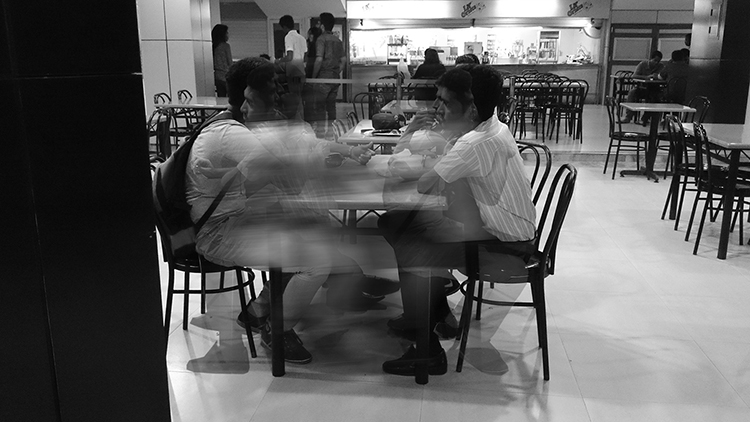 By taking photographs in various public places in Sri Lanka, I try to capture the play of gender roles and the ironic confounding between sex as a physical trait and its social construct. Using sex as a biological classification and gender as a person’s self representation as male, female or intersex, my photographs attempt to express how individuals respond to social institutions and interactions when engaged in day-to-day activities. They try to examine how deeply rooted cultural, social and political gender expectations are and question why they are so engrained into the way we interact with one another. By orchestrating many of the decisions we make – including what we wear, the objects we use, how we treat each other,and how we express our emotions, there is a feeling of constraint rather than emancipation and stasis.

As the photographs highlight gender play within a public sphere, the imaginary act, which in reality remains unseen, presents the very core of how we construct and animate our interactions. In creating movement and a sense of time lapse by digitally manipulating the photographs, the images exit the space of known reality, thereby generating a surreal anomaly that announces a public sphere’s influence on the construction of ‘gender’ identities – a gravitational shift in which people meld, merge, engage and interact without knowing that they are. The black and white terms on which we conduct ourselves in life, must lead to shades of grey which make it varied and worth living – an object of desire. At a more media-oriented level, I was eager to explore the project through a mobile phone as a tool of the citizen, allowing me to access the subject matter more closely if not inconspicuously.

In Sri Lanka, ‘gender’ is construed as a conservative and socially constructed form, affecting our behaviour, our interpersonal activities and mass psychology, but also affecting the shape society may take. A study of feminine, masculine and trans-gender identities therefore inspired me to explore power relationships and tussles within the contemporary landscape as an arts practice, given its potential to manifest changes in perception. For me, engaging with gender as a façade and appearance is an exploration into a cultural moment in which our bodies and our thoughts are fluid, relationships are uninhibited and people are drawn together by forces other than their sexual orientations.