Not surprisingly, the unfathomable somehow begins to make sense when ‘framed’. Or
perhaps, in a diptych.
– Ramesh Mulye

Structure, in this case, is everything. The space between the images in each diptych serves as a kind of fair ground mirror, so that shape or form or meaning in one photograph finds its distorted consonance in its pair. Meaning, too, shifts in the commute between the first frame and the second -sometimes ironically, sometimes tenderly, sometimes smilingly. This white space separating the photographs is a forge in the sense of a dubious duplication, certainly, but also in the literal sense of a workshop. It is the place where meaning is made, and where creativity is made possible. Position and juxtaposition provides these images with their artistic valance.

Look at the flower-bedecked trident on the hood of a car in a deadly serious rath yatra procession, and then at the lamppost in the surreal twin image. Look at the way the horizontals imprison the labourers in their truck, and prop up the students at the ramp-walking school; but then notice how similar the facial expressions in both images are.

Look at the religious fairs in Ahmedabad and Pune, which are also about birds of a feather flocking together. Look at the hand reaching for a fish in a puddle, and at the twinned hand hanging on to a dinner plate. Look at the modesty of the naked little girl in Orissa, and the (price?) tag on the bridalware contestant in Mumbai.

The images are, each of them, aesthetic. But in the end, it is opposition – or convergence – that makes them more than the sum of their parts. 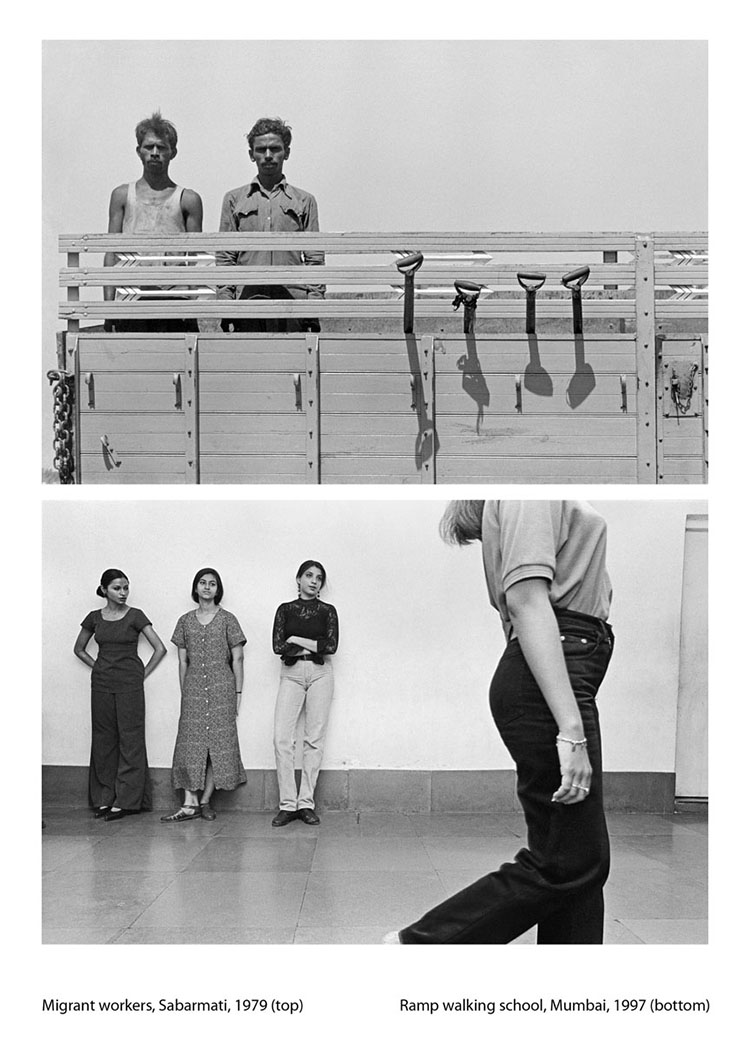 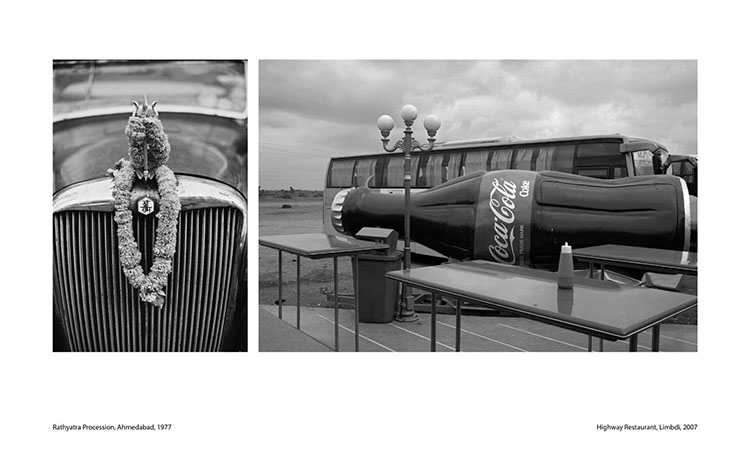 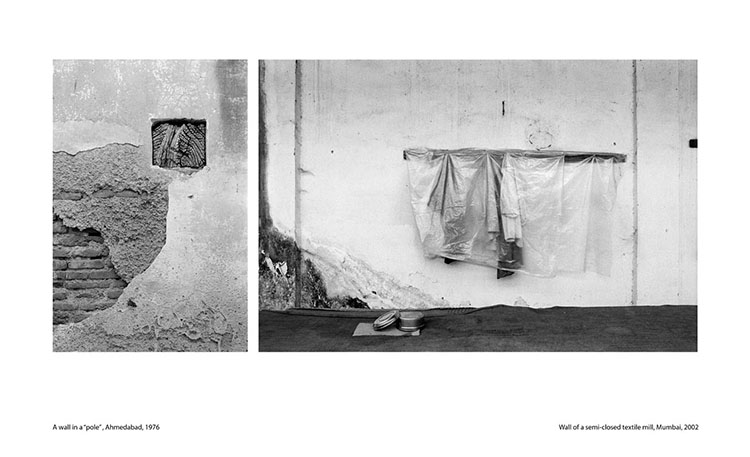 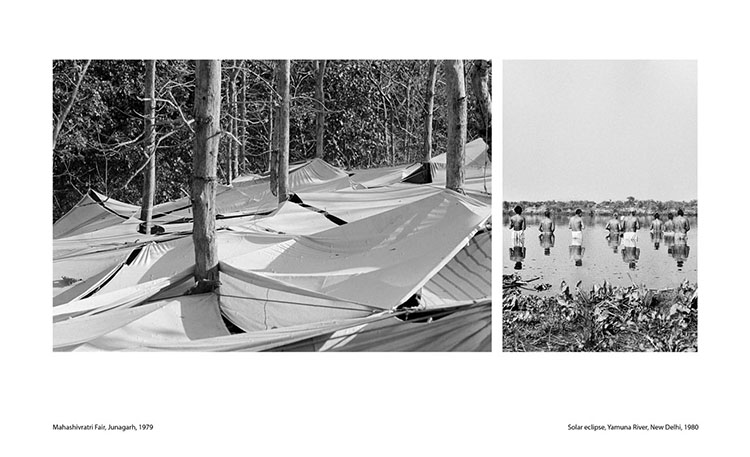 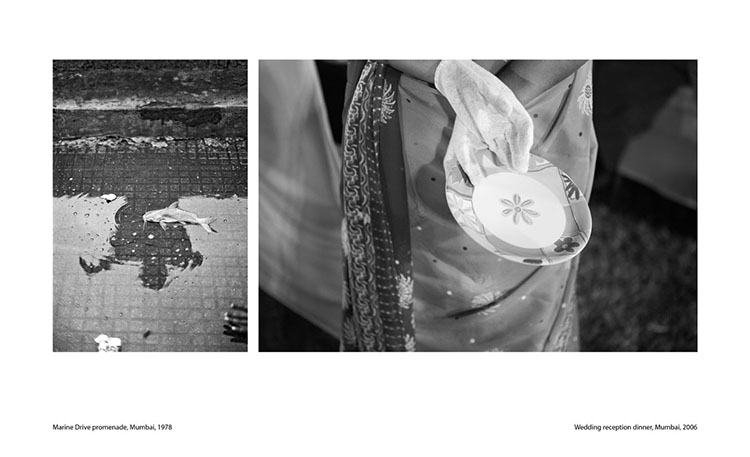 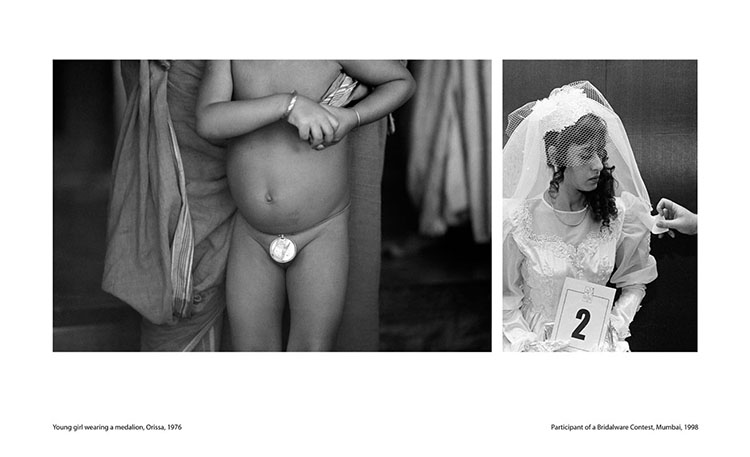 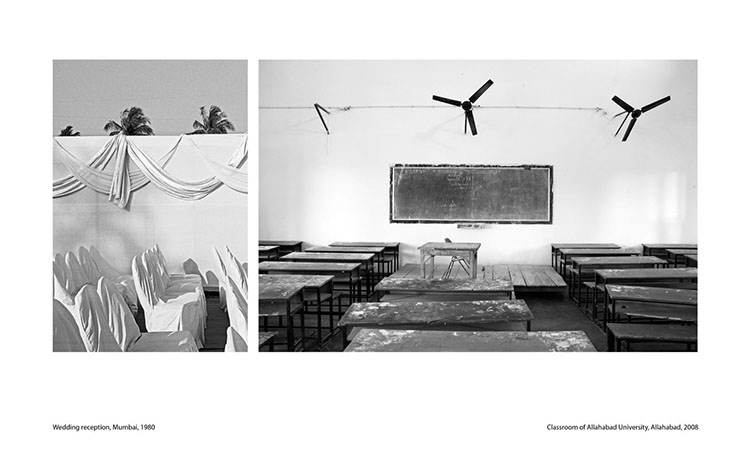