On the road from Lahore to Amritsar, travellers sought asylum in a Sarai named after Amanat Khan, chief calligrapher of the Taj Mahal. The ruins of Sarai Amanat Khan, as it is called today, lie on the Tarn Taran Road on the Indian side of Punjab, about four miles from the Pakistan border. It seems inevitable that the tangle of two nations which later achieved political independence has erased the Sarai’s connections to either city. The village built from salvaged masonry echoes a mysterious, yet seemingly absent relevance – the integrity of a land lost to a dispassionate line drawn on paper. The soil that bore the same bricks to build a united identity of an interlinked culture, now lies divided.

From an outsider’s point of view, I can’t help but sense a void. The village community is insecure about imminent eviction from the archaeological authorities – the custodians of its physical existence, since the government attributes national and historical importance to the outlying ruins. Life is largely devoid of vocation and there is little staple occupation that the crumbling infrastructure can provide. Fora community constantly living through empty days and incredulous nights, such consideration however are ephemeral and secondary. Drug trafficking is the only connection that the area has with its neighbouring country.

The ruins of a state sponsored guesthouse from the Mughal era conjures images that hark back to its heady, thriving past, now an abandoned border village. The village creates a grim expectation of what lies inaccessible just a few miles ahead.
My attempt was to portray an irreconcilable yearning for the place to be seen, recognised, and viewed as an eternal bond between two nations, rather than a barely visible crack: that between past and present. Such images make me want to believe that the affinity of brick and mortar always endure in the hope for longevity and reconciliation. 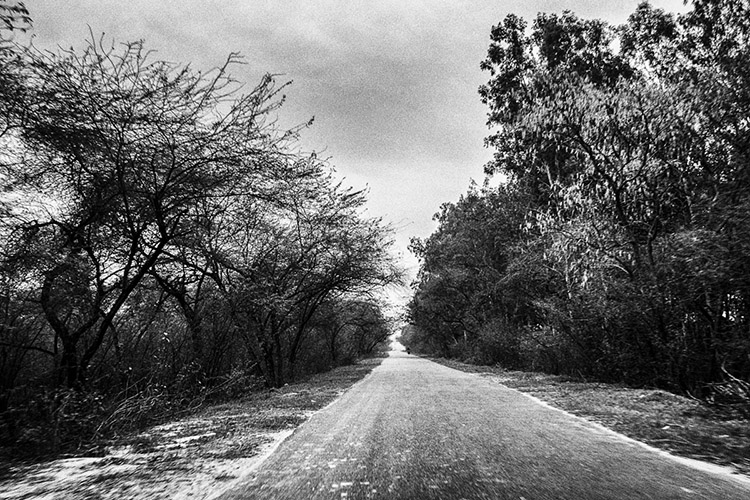 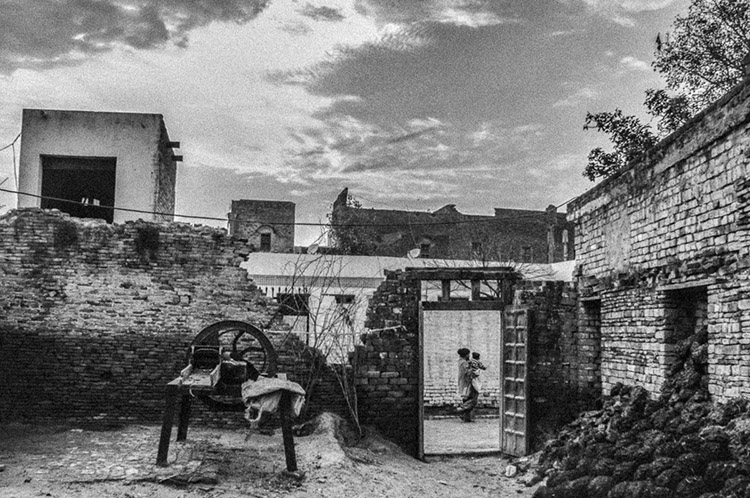 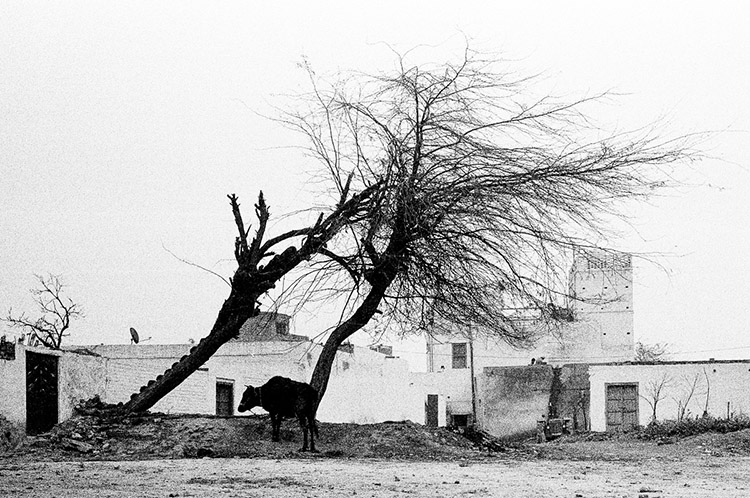 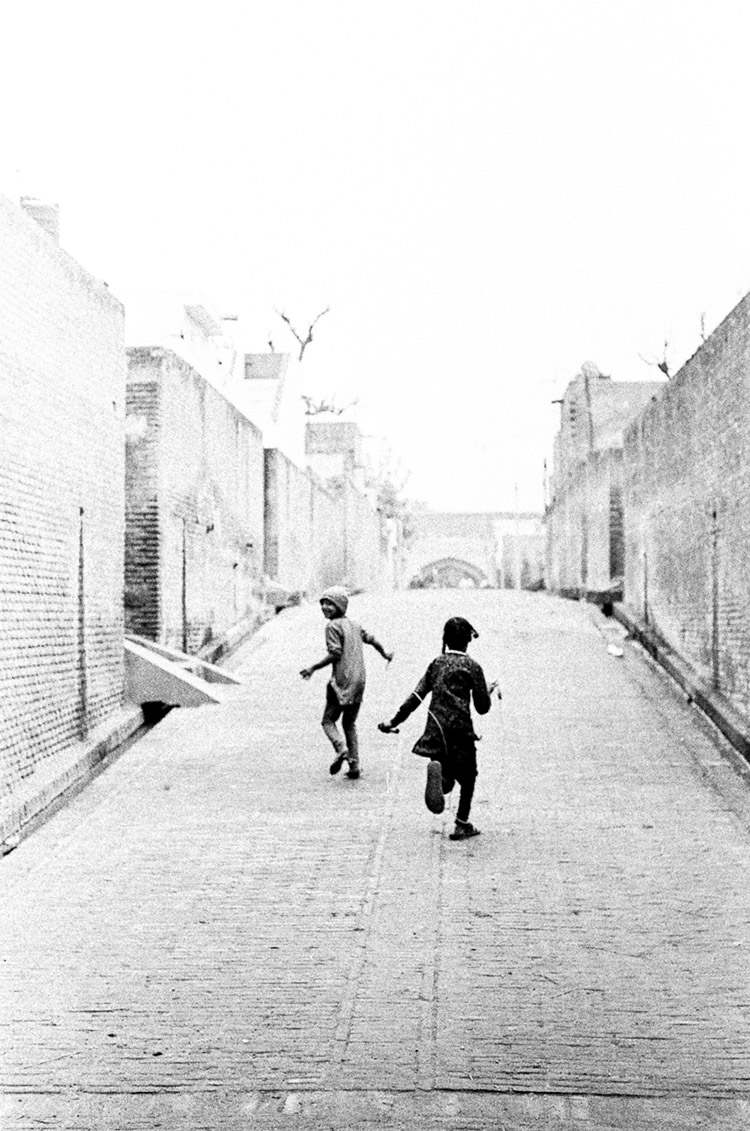 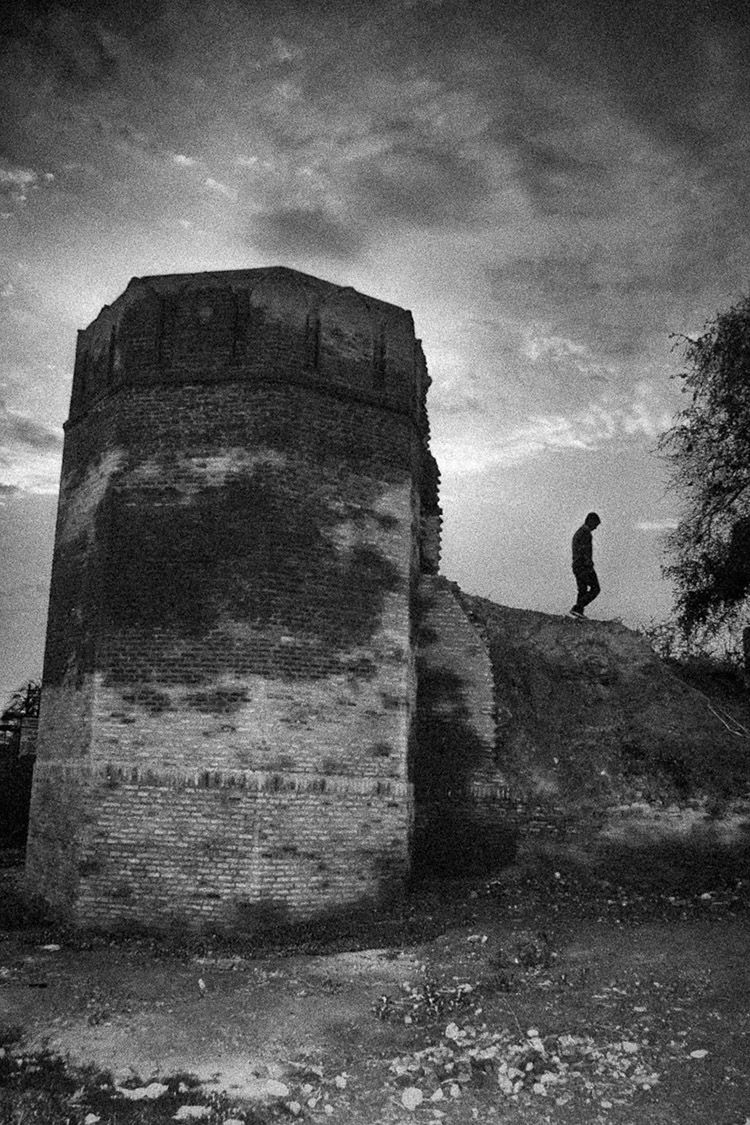 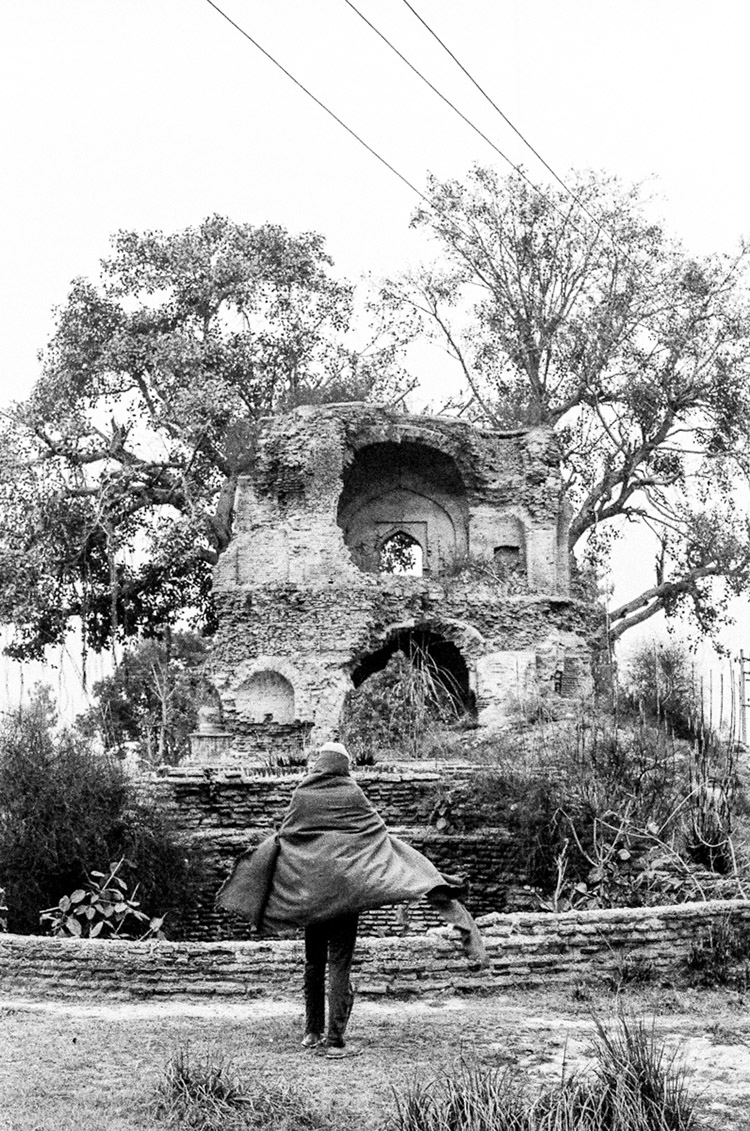