This photographic series has been realised over the last four years. Given the time taken, I formed a sense of closeness and friendship with some of the patients – their desire to be heard even though most were absorbed in a world of their own. I was drawn to their fictional universe, but was wary of how they may be labeled as lunatics, as the insane or disturbed, and written off as lesser human beings.

A number of these faces seem so familiar, especially to someone from Pakistan. Though it is hard to imagine the struggles they face within society, for many, being in the asylum is a way of ‘seeking’ asylum. The reasons range from hardships or abuse during infancy, to other experience-based issues – failed love affairs and addictions while some have serious birth disorders. However once within these walls I found that ironically, many found happiness or calm, which at times expressed itself as uninhibited jubilation. Most of them, after getting ‘cured’ or rehabilitated, were unable to return to their own homes. It seems that they prefer to refrain from the insanity outside.

The first and last rays of daylight exert such a delicate aroma it might be mistaken for nothing, like the taste of water. Noon sunshine on his naked skin leaves a fermented stickiness in his mouth that only the minty outlines of shadows or cool sips from the fizzy streak of tube light in the hallway can alleviate, which tickle his tongue and make him laugh. The light that bounces off his pills tastes bland and watery, while that from the eyes of the other men in his dorm always takes him by surprise: it looks drab but never fails to stimulate his appetite with its bold blend of sweet, sour and spicy. Sharp rays infused with dancing dust and chopped into fine slivers by the white tiles around him make his mouth water but disappoint in their oily flavor and soggy consistency. They tend to constipate him; he avoids them if he can.

Moving light tastes savoury, and grows increasingly pungent depending on whether the motion is caused by nature (the glowworms that lose their way into his dorm on summer nights), human hand (the night guard’s torch) or a machine(the beams rushing across the ceiling at night from passing cars). The only exceptions are light from a flame and light reflected on water, which both invariably taste sweet, though the first has a honeyed and the latter a candied texture.

Light that is remembered is the greasiest but most irresistible of all, even more so than future light, be it human, machine-made or natural, though both share a rich nutty flavour that lingers at the back of the throat. Blinding light is tart and bitter and not generally palatable unless disease or rage renders a certain self-aggression necessary or desirable.

Light is usually enjoyed raw. The only variety that requires cooking is light that is entirely imaginary, also known as the idea of light. Cooked light is creamy and marinated in the most delicious and harmonising flavours known to the human tongue. For his favourite recipe, he caresses the bar of soap between his hands under running water and watches the towering white froth grow. He blows into it until a bubble made of a thousand rainbows separates from the mass and floats. Then pops. He calls it the light that hides everything.

All images from the series Lahore Mental Asylum
Lahore, 2012-2014
Digital 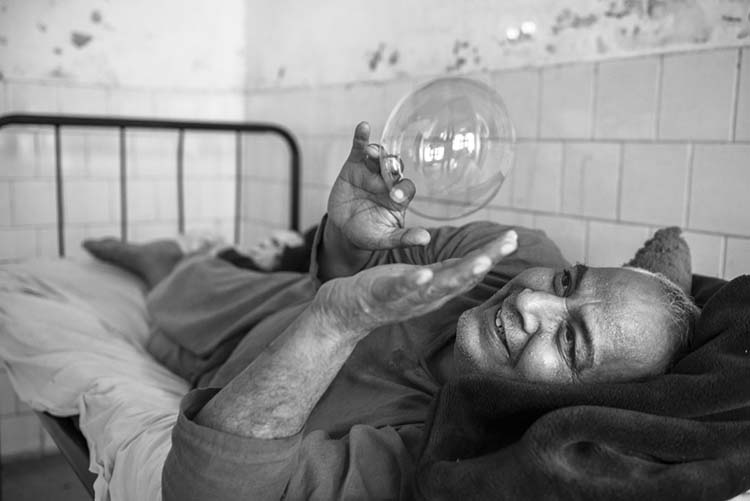 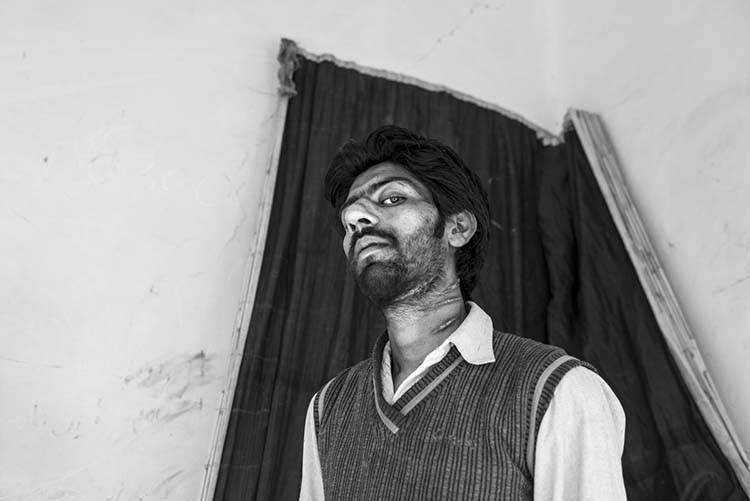 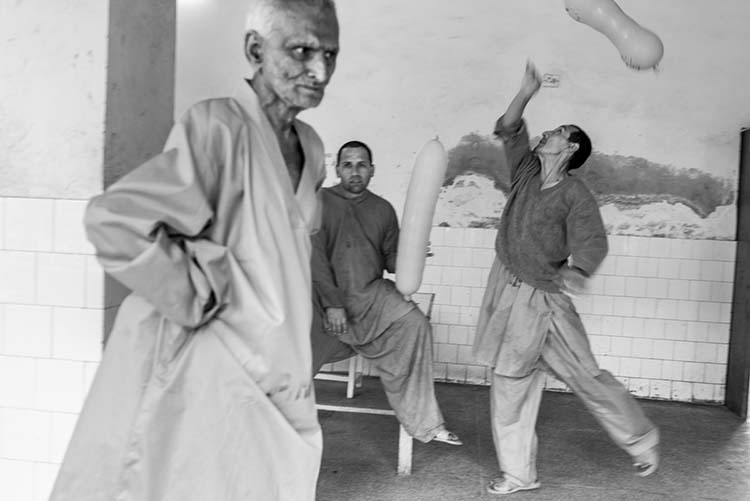 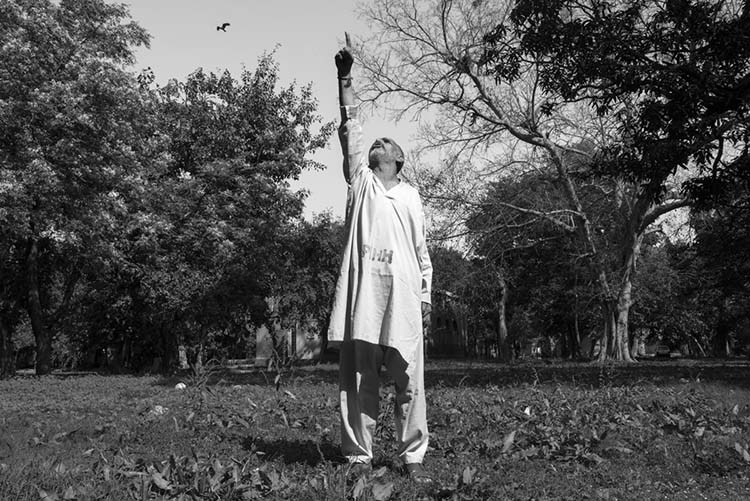 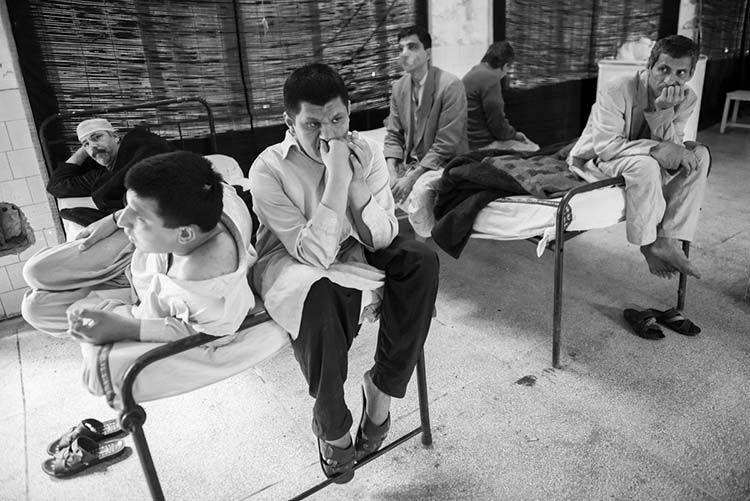 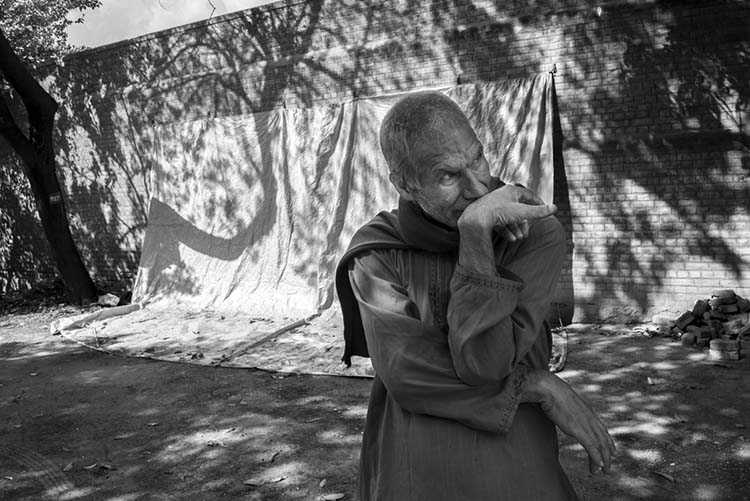 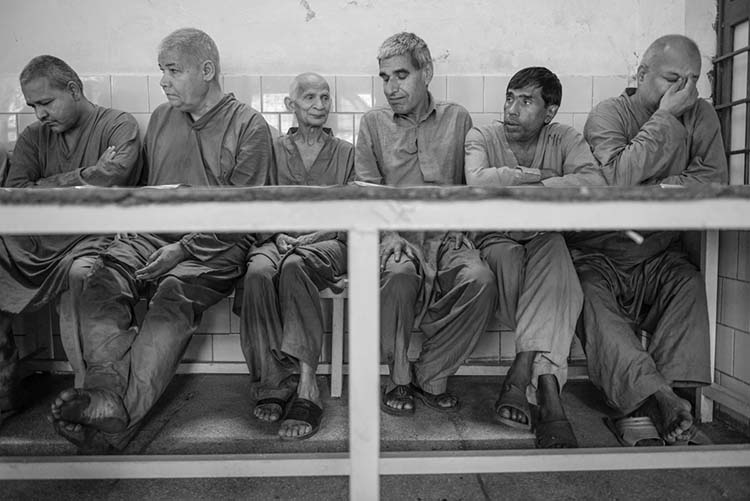 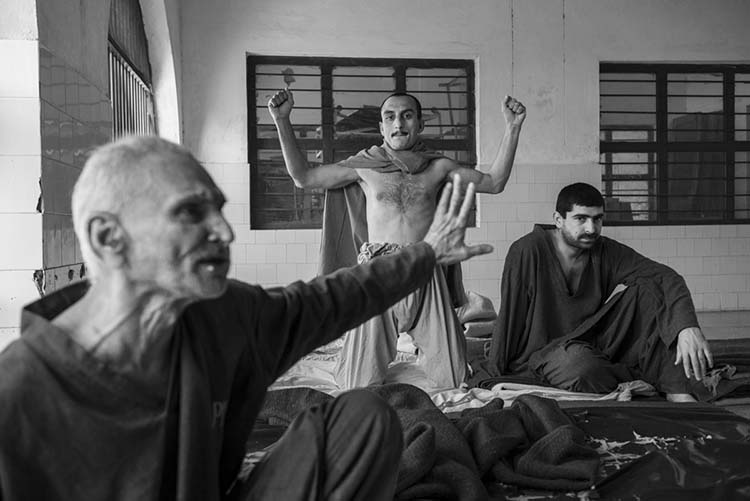