A dual life may be construed as different atmospheres or climate conditions that develop in a singular space – a space that is divided by invisible lines, and forces of control. What we do within and outside these lines is therefore at a cross – each has its own threshold and temper.

The ‘door’ plays a key role in both separating and connecting spaces. Interestingly, the actual definition of a ‘camera’ is that of a ‘door’ and of a ‘room’. The camera connects the two spaces – that which lies infront of and behind the lens. The shutter serves as a ‘key’ that unlocks the reality  of what lies behind closed doors – a voyeuristic potential that is innate to the act of ‘looking’ itself.

As I browse the moments that have been captured frame-by-frame, I feel that privacy itself is on display and the keyhole becomes an object hat looks in, but also one that can be used to look out. In both cases, the viewing of the world and of ‘the interior’ is sequestered and edited,  a partial reality that demands expansion and disclosure. The sense of ‘duality’ comes forth as a transgressive notion, suggesting that the further one tries to uncover the truth, the more one reveals of ones-self. The dual life is therefore as ironical as it is necessary.

All images from the series Beyond the Doors, Shiraz, 2013 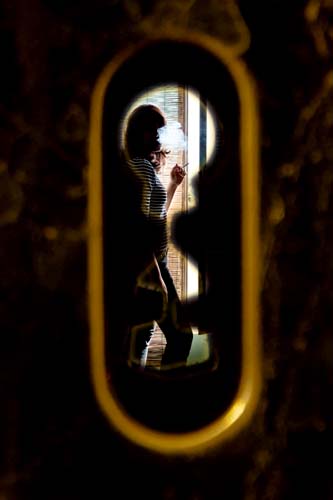 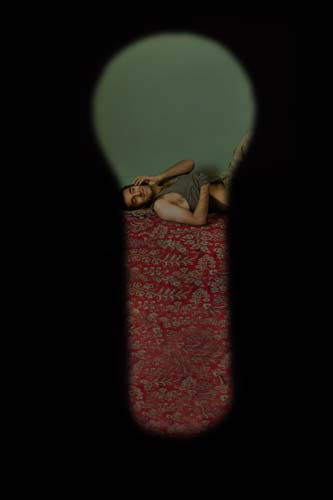 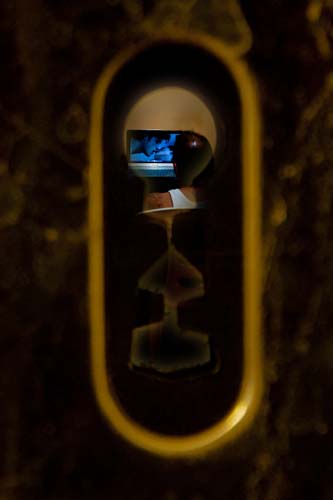 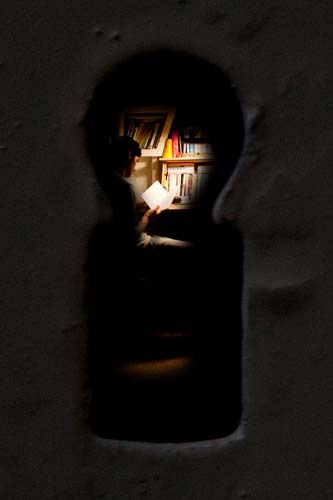