The Exit of Shirin and Farhad

All stories, if continued far enough, end in death. Especially all stories of love. There’s no lonelier death, except suicide, than of that person who has outlived the beloved. If two people love each other there can be no happy end to it.

These are the lonely ones, these are the ones who died: Kurd, Persian, Armenian. Farhad, the Kurd. Stone mason who dared to love a queen. Dead by his own hand. Khosrau, the Persian. A Prince who won back his kingdom. Killed by his son over a woman. Shirin, the Armenian. Princess, setter of tests, wary of love. Three times dead and the loneliest of them all. Dead, finally, by her own hand.

There are many versions of the story, but most agree on this: Khosrau falls in love with a dream; and Shirin, with a picture. They both chase these images, going in opposite directions, crossing and missing one another until, at last, they meet. In all this coming and going, Khosrau is dethroned. Shirin refuses to marry him until he wins his kingdom back. And Khosrau goes off again.

Winning back a kingdom takes a lot of planning and preparation, a lot of time. Meanwhile. Farhad falls in love with Shirin. Shirin, either to make Khosrau jealous and spur him on to quicker action, or just tired of waiting, pretends to fall, or falls, in love with Farhad. But she refuses to marry him until he, all by himself, digs a canal through the mountains of Kurdistan. Always a test. Because what is love if it can’t be proved?

We do not know what Shirin has been doing all this while. Just waiting? It is hard to believe. But then, perhaps princesses don’t need, aren’t expected, to do anything. Except wait and be beautiful. Which she did, which she will always remain. So much so that Khosrau’s son, when he grows up, will kill his father and try to marry her, and she will kill herself to prevent it. But that is the third death. That comes later.  Before that, someone – Khosrau, someone from her family, Shirin herself – will tell Farhad she has died, and he will believe it. The first death.

Farhad will kill himself, and his chisel and mallet, hammer and spade will grow into tall cedars atop the snowy mountains of Kurdistan.

When Shirin hears this, she will rush to his corpse and, struck with sorrow or remorse, kill herself.

And before that, while Farhad is still alive, still digging that canal through the mountains, Shirin will visit him. Amazed that he’s doing it, that he might even finish. After the long, lonely journey, she will see him and faint. He will pick her up, horse and all, and carry her back to her palace.

Waking up, she’ll think it might have been a dream.

A smile will play upon her lips.

All images from the series The Exit of Shirin and Farhad, Tehran, 2011 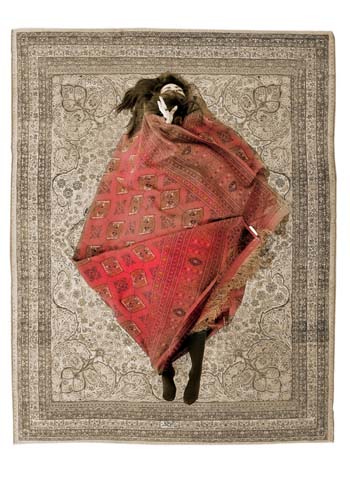 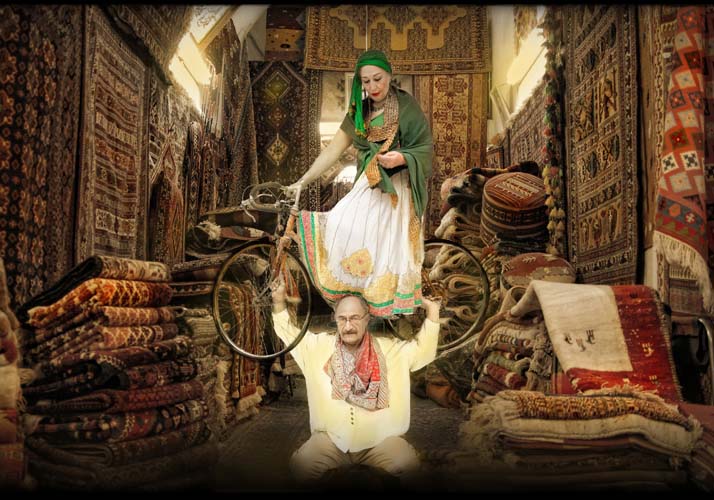 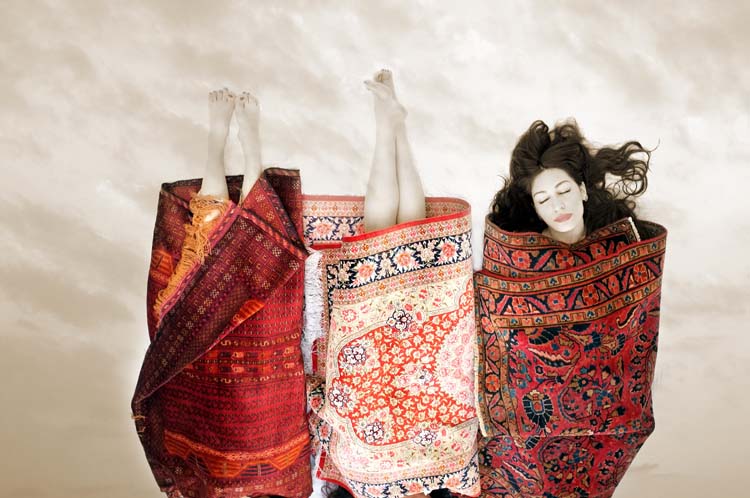 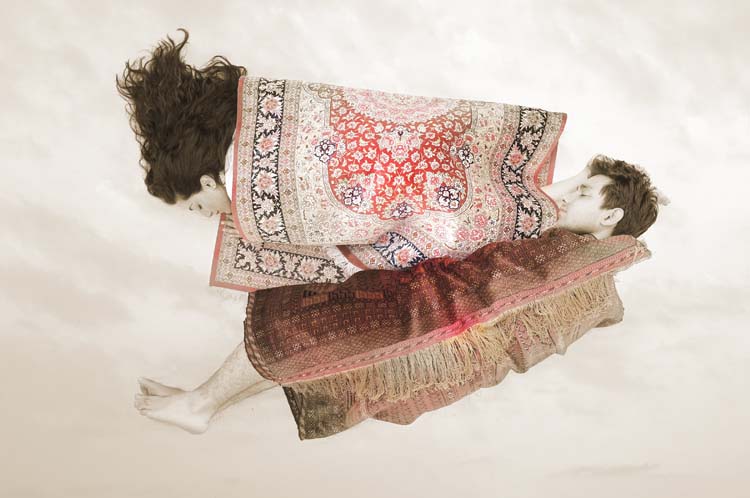 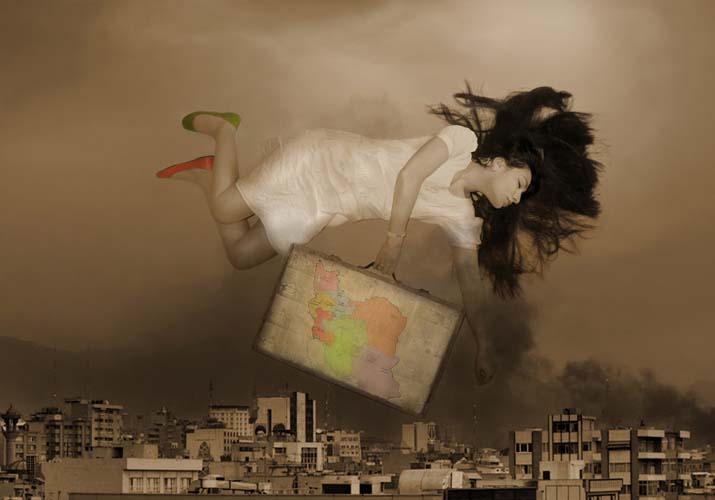