In 2001, when I went to Afghanistan for the first time, I did not understand the depth or scale of tragedy that had unfolded and would continue for years to come. Afghanistan has been dealing with war for fifty years, perhaps more, with a history of violence and bloodshed preceding its more recent decade-long coverage in the news.

I have been travelling to this country for the past ten years and during my last trip, I saw thousands of children orphaned and disabled, countless lives lost in war and a country left in ruins; a country where malaria and other diseases claim the lives of thousands every month; a country where hundreds of children die because of insufficient food and clean drinking water; a country where thousands  of women catastrophically perish by self immolation due to pressure and harassment by their families; a country where you wake up to a bomb threat each morning, and where ‘human rights’ are just meaningless words. People here think only of survival.

The consequences of such wars, within and outside home, are becoming more visible day after day – children lose their parents, and women whose husbands die become responsible for their extended families and the lives of their children. Despite the poverty, drug addiction, lack of education and other state-induced difficulties, life goes on in Afghanistan and people continue to live with the hope of a better tomorrow.

An Afghan woman learns how to make a doll at a workshop sponsored by a US/ NGO called Mercy that seeks to help local females to empower themselves. 80 women participate in every workshop despite rising tensions between an increasing Taliban presence in the city and the extensive NATO presence. 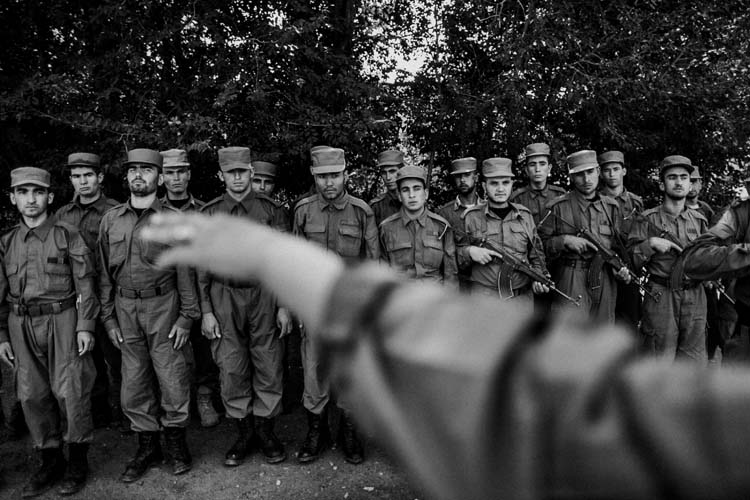 Members of the Afghan National Police been train in their base in center of Kabul. 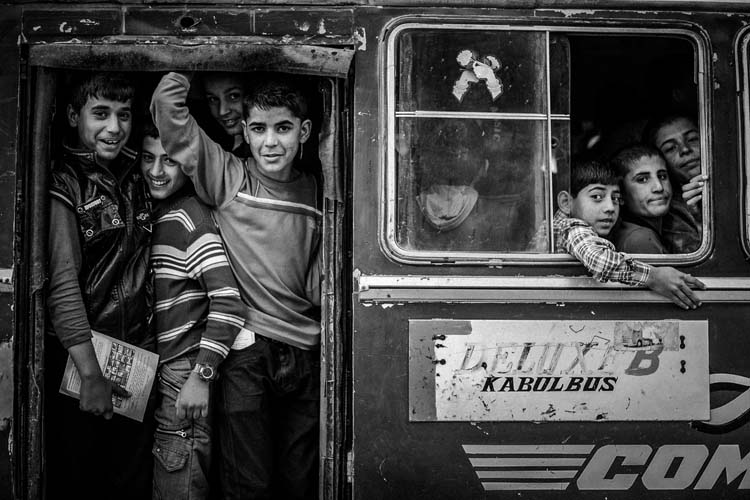 Afghan students in the bus after finishing school in south of Kabul. 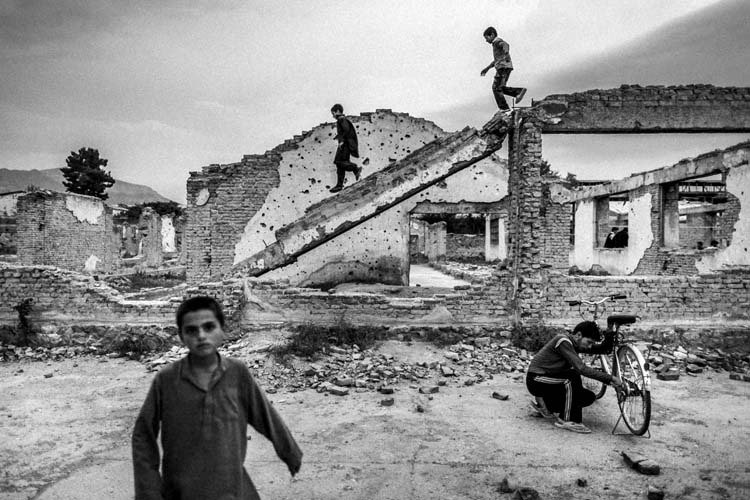 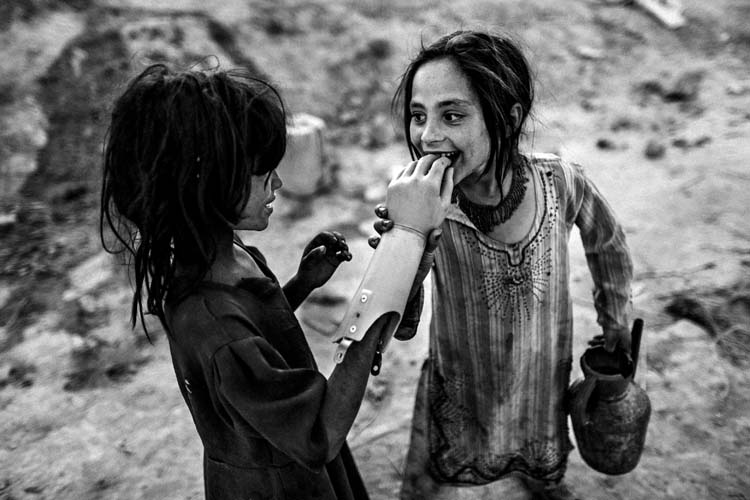 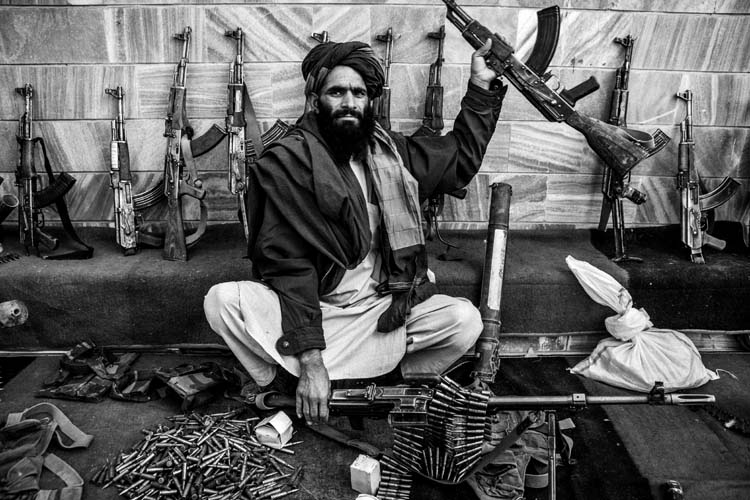 A Taliban showing his weapon to the photographer after surrendering himself to the Government in West Afghanistan. 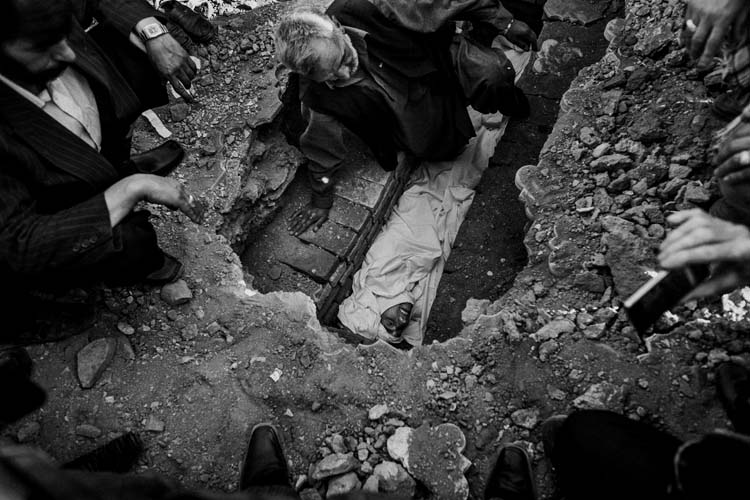 Burial ceremony of a Martyr killed in a war by Taliban in Kabul. 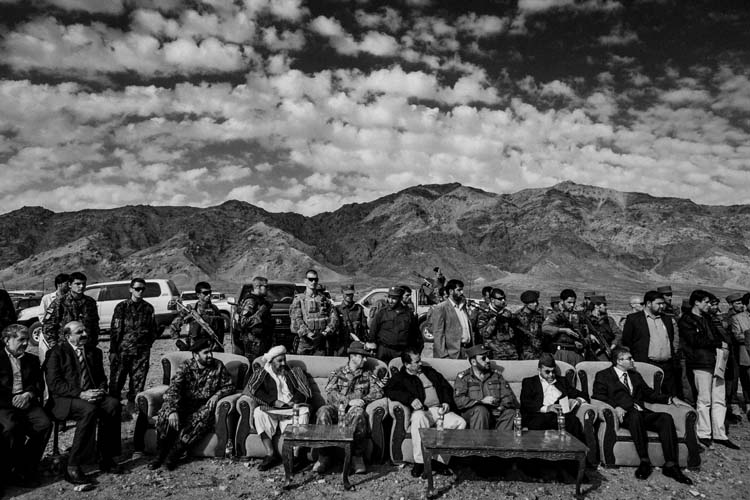 Military, government and security officials attend a burning of confiscated opium in Herat, Afghanistan. The opium was confiscated by security forces during recent anti-drug operations across the country.

An Afghan boy is smoking opium with his family in Badakhshan. 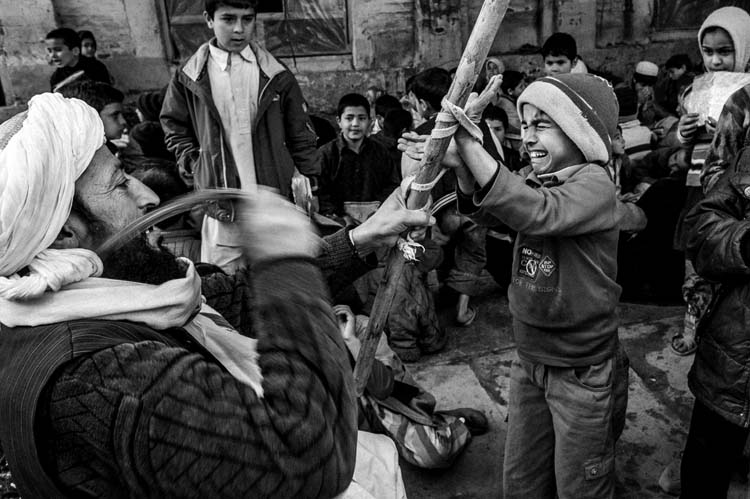 A religious teacher punishes his student. The absence of a proper educational system in the country’s schools leads few children to enroll, or they quit school after a short period to work instead. 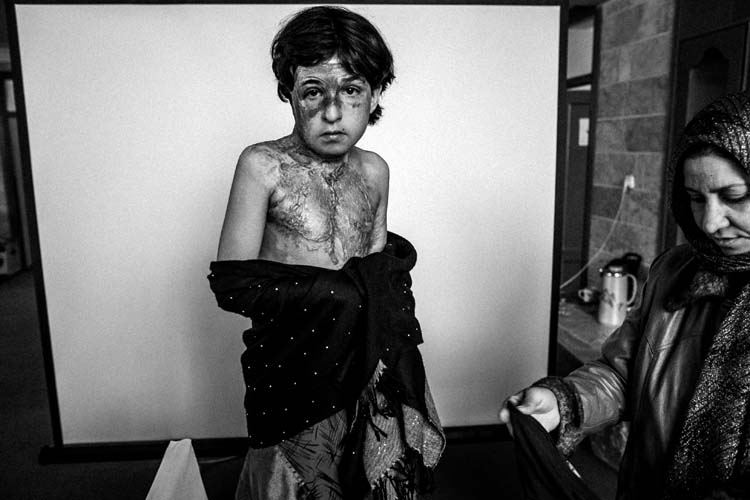 Fariba, she is 11 years old from Herat, she burn herself 1 years ago, she sit between her parents, Afghan women are in a subordinate position in society, where conservative Islamic laws and traditions dictate what a woman is allowed to do in a male dominated world. Forced marriages, domestic violence, poverty and lack of access to education are said to be some of the main reasons for self immolation. 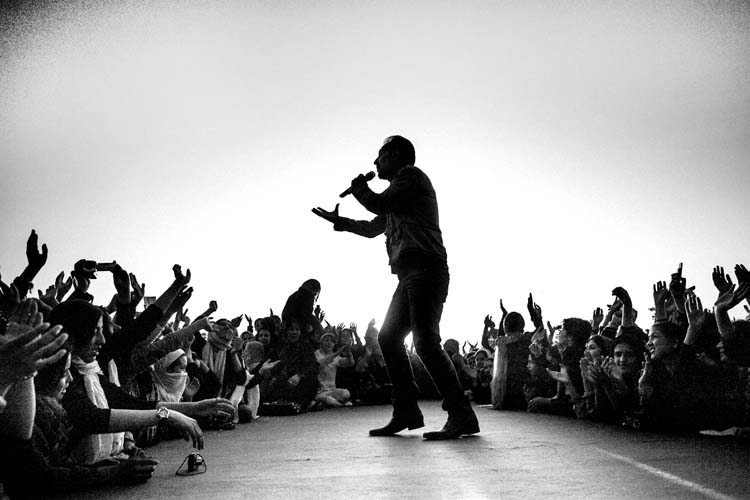 Afghan singer Farhad Darya performs at a concert restricted to females. Under the Taliban, listening even to recorded music was forbidden. 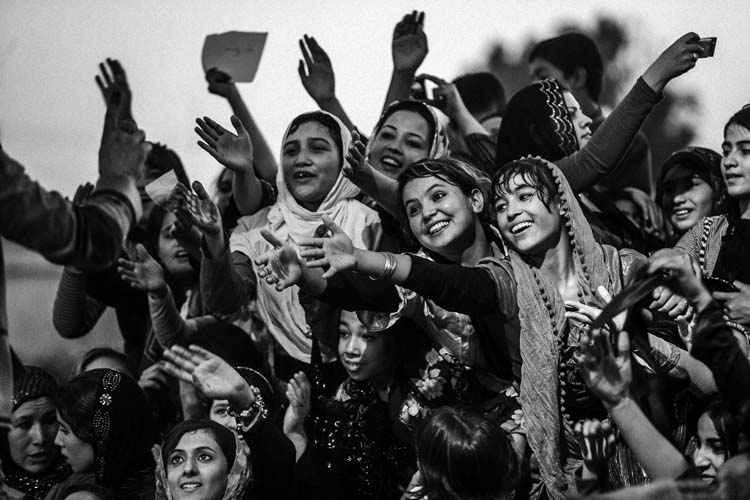 Fans of Farhad Darya an Afghan singer in a concert in Mazar e sharif. This specific concert is only for females, during Taliban time listening to the music even from CD or cassette was forbidden. The tittle of his concert is “Peace”.