“We Live in a Parodoxical Society”

“Paradoxically though it may seem, it is none the less true that life imitates art far more than art imitates life.”

Ali and Ramyar’s work is a comment on society as much as it is a definite statement on art. Though their work explores the vicissitudes of a mundane reality and the routine of daily life, when I look at it as a piece of art within a frame in a gallery, I begin to analyse its potential to express a ‘condition’. Such moments are both paradoxical – almost absurd, but deeply familiar to Iranian society in the present, a society in which the freedom to express is a privilege.

Politics plays a vital role, inseparable from  the inner yearning for identity and the outward display of the ‘self’, whether it is within a family or in society as a whole. It is a daily discomfort one feels with the situation in Iran, a country that hides from its own feelings –a nation turned against itself.

The photographers have therefore set out  to portray a realistic view of the private life of Iranian citizens living in Tehran. However, in only one photo (a girl standing next to the wall while two men administer or consume drugs) the subjects seem to be over dramatised, almost a satire on the Iranian predicament – that there is little transparency in the functioning of state and though popular opinion is known, it is rarely voiced. In the images, the characters are consumed in their own thoughts – a man shaves while the news plays out on the TV in the next room; a father looks away while his assumed daughter smokes in the background. In this case, the viewer doesn’t know whether one of them has surprised the other with a confession; the scenarios seem unending. There is at heart a more in-depth commitment to searching for inner answers and documenting the moment of that exploration.

Then there are images that belong to a very separate series of work titled ‘Ice’, a concept, which was developed post the 2009 elections in Iran. To paraphrase Ali Nadjian, Ice is a concept  in which people lost not only their desires and dreams, but also what they had before. The sense of being ‘frozen in silence’ is what they translated to ‘ice’. The aim was also to illustrate a dual life in a constructed atmosphere – one that leads to fear and indifference.

Ali and Ramyar are photographers whose work challenges the viewer to investigate the norms of reality or the extremity of the imagination in trying to be real.

Images from the series We Live in a Paradoxical Society Tehran, 2009 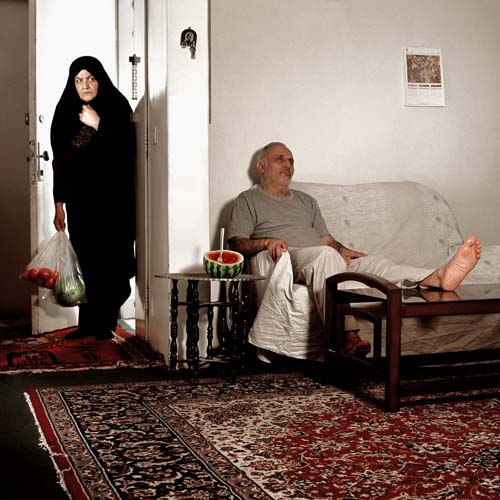 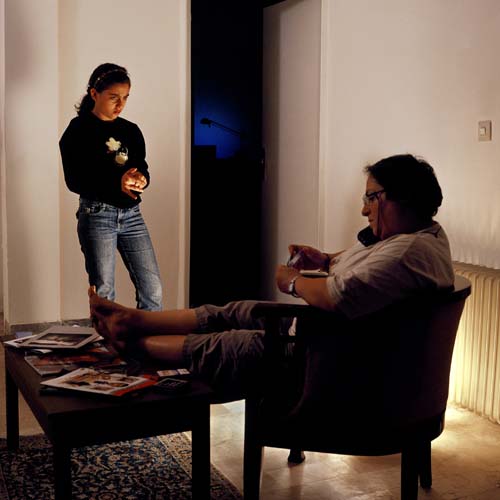 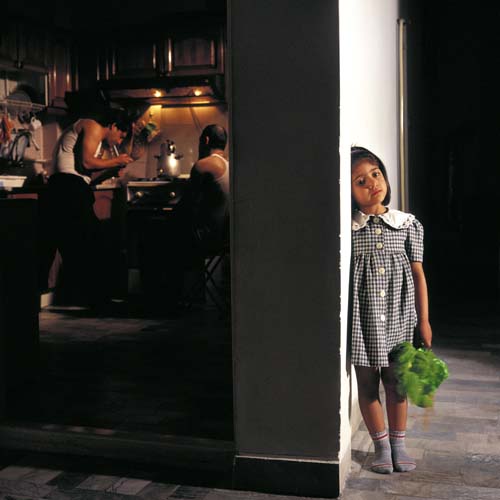 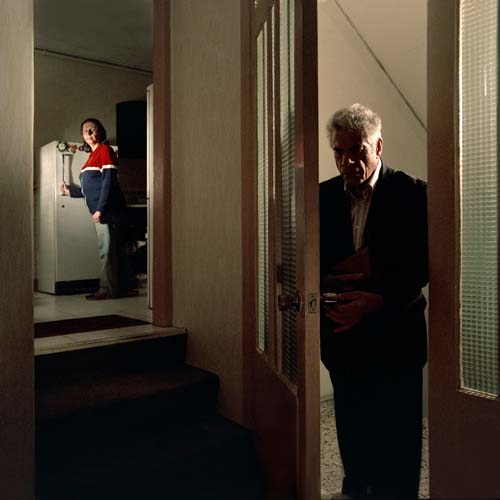 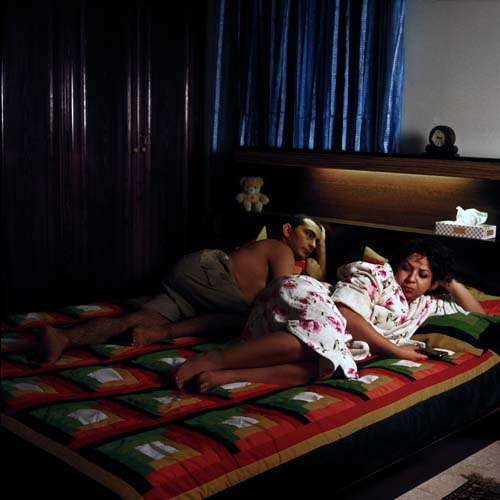 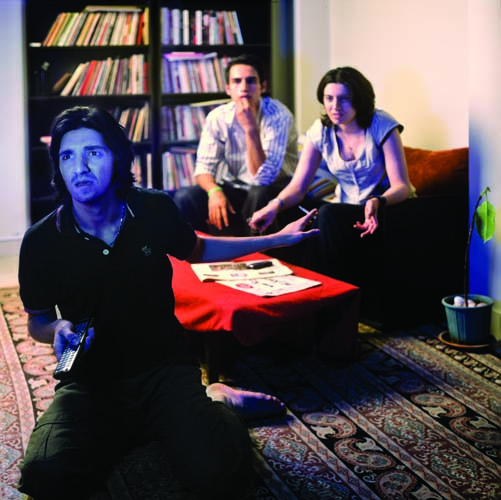 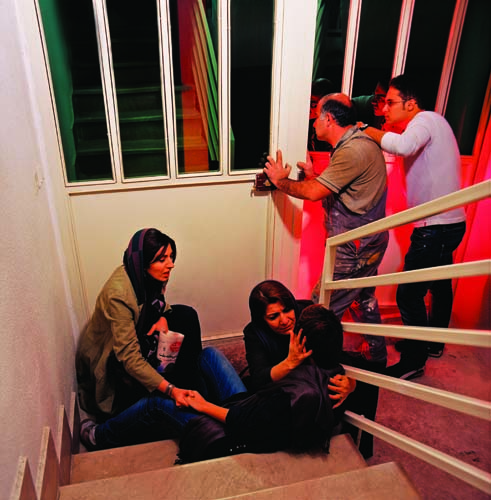