BIRDS ARE PILGRIMS TOO

Birds are Pilgrims Too is a meditation on grief, hope and remembrance. The story explores the identity and intimacy of Hossaini Dalan in Dhaka, Bangladesh, a congregation hall for Shia Muslims to observe and mourn for Imam Hossain, the grandson of Prophet Muhammad. People gather in Hossaini Dalan daily to meditate, to heal and to seek blessings. In Shia Islamic tradition, holy shrines have become symbols for people to make sense of their lives. It is believed that wishes are fulfilled here, giving hope to those who are frail.

In recent years, there has been a negative reference towards Shia shrines due to the growing sectarian tension in the Middle East and South Asia. The work aims to challenge some of these stereotypes and document this Shia practice more deeply.

When I was working in Dhaka, I was interested in exploring how people felt connected to Hossaini Dalan and what it symbolises for those who believe in it. Even though this practice is observed by Shia Mushms, in Bangladesh, people of all faiths feel connected to its tradition. It is a place of peace, hope, pain and reconciliation. I wanted to document the essence of the space and that feeling started to develop gradually as I was building a narrative. It was difficult to overcome the language barriers in Dhaka because very few people can speak English. While working in Hossaini Dalan, I realised that some Bangladeshis had lived in the city of Qom in Iran to continue their Islamic studies and they had learned to speak Farsi while living there. I grew up in Iran and that made it easier for me to communicate and have a deeper connection with them.

When I’m working on sensitive stories like this, building trust and relationships with the people that I’m photographing is very important.

Q. Why is photography the medium of your choice and what are some practical and theoretical challenges you have faced?

As an immigrant growing up in Canada, I watched my family struggle in a new country as they tried to overcome many language and cultural barriers. As I struggled with my own national identity, photography and storytelling provided me a form of expression and communication. The camera became a kind of passport into people’s lives and it helped me to connect with them in an intimate way.

Two of the main challenges I have faced is being more precise about the position I am taking in my work —whether personal or political —and finding different methods to build a more complex narrative.

Q. How do you think photography will change in the future and what will be the role of the University/Festival/Workshop?

I hope to see more educational and mentorship programs that are accessible to photographers of colour, especially for those who are in the early stages of their career. It can be difficult if you can’t take on unpaid internships or travel to Europe or the US to attend festivals and portfolio reviews. So much of this business is based on networking and resources.

I recently attended the Angkor Photography Workshop in Cambodia under the mentorship of Sohrab Hura and Antoine D’Agata. Throughout the workshop, the mentors inspired and pushed me to take creative risks in my personal work. The workshop stressed the importance of being precise in the position we take in our work and finding the personal in the stories we tell.

A creative and experimental space like this allows us to reflect on our past work, develop new ideas and learn more about non-traditional ways to tell stories.

Mentorships and professional development can be life changing, but schools and festivals need to make them more affordable and accessible. The industry has historically been dominated by white men and this has made it difficult for others to have equal opportunity. There has been some discussions around this issue but its not enough. Many photographers of colour find it hard to be taken seriously and to advance their career. Some editors still prefer to send American and European photographers to cover the Middle East instead of giving local photographers a chance. There needs to be a change in hiring practices and editors and curators need to push for more diverse perspectives.

It’s important have a deep understanding of the issues that you are documenting. I believe courses in sociology and anthropology are critical. Over the years I’ve seen too many photographers drop into foreign countries without having adequate Knowledge of the issues they are covering. It’s important to know the history of the culture by doing extensive research. We need to be more critical of ourselves and our methods, especially when we are working in foreign countries. Workshops can be a good way to reflect on our work and hold each other accountable for the stories we tell and the way we approach them.

Good business practices and ethics are also essential. It’s important to know how to negotiate contracts and usage licenses in order to protect our work and not be exploited.

All Images from the series Birds are Pilgrims Too Hossaini Dalan, Dhaka Bangladesh, 2017 Digital 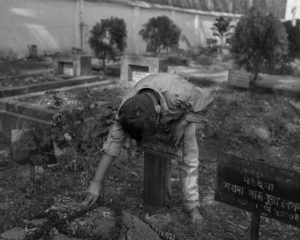 Muslim boy, Mohammad, prays at the grave of a relative in the cemetery in Hossaini Dalan. January 21, 2017 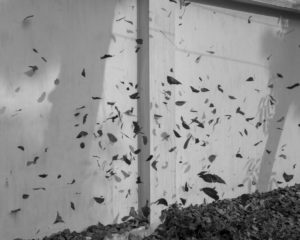 Dried leaves fall off a tree in Hossaini Dalan in Dhaka Bangladesh. March 18, 2017 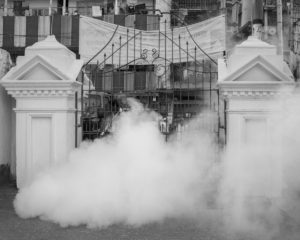 A fog forms in the back gate of Hossaini Dalan after spraying pesticide. March 14, 2017 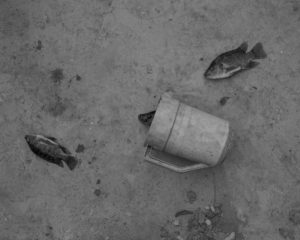 Dead fish caught from the pond in Hossaini Dalan lie on the ground. March 14, 2017 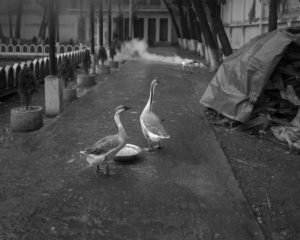 Ducks wander around the pond in Hossaini Dalan. March 18, 2017 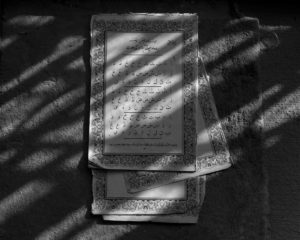 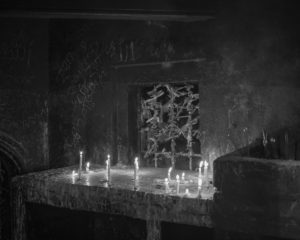 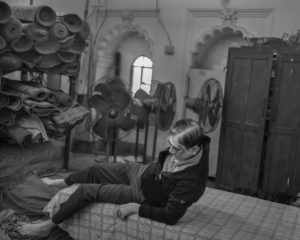