My project started out in the United States, and then I moved eastwards. For the Internet, most of Asia is captured in very isolated parts by handheld phone panoramic shots while in the west it is usually the Street View car or the man with the apparatus on his back.

Inspired by the previously featured artwork, Google Hands by Benjamin Shaykin, I decided to take to the streets once again through Google Street View. I felt it was almost unfair how vulnerable everything and everyone around the camera was and the image of anyone or thing could be imprinted on the Internet for the world to see. So I wanted to somehow capture the person or the car that carried the camera around, into the image.

I started searching for these `traces of the capturer’. On bright sunny days I was able to spot shadows or sometimes I would get just a part of the documenter’s feet, which was stitched into the 36o-degree image by mistake — human, hence prone to error. At times just to get a shadow or a trace, I would follow the `observer’ into narrow lanes to try and get a stark shadow on the wall or the ground etc. These images brought about the human-ness in this otherwise extremely digital, distanced process. On Google Street View, my area of focus wasn’t the street anymore but the gaze of the surveyor. I then wanted to take these ‘traces of the capturer’ out of the street or the street out of these traces. I used the Photoshop ‘magic wand’ function to trace out and then extract as I wanted the entire process to be digital. I then tried to juxtapose the cuttings I had on an `empty’ background, and see the effect!

Q. How did you venture into photography?

I initially planned to persue chemical engineering but somehow ended up at design school! I treated my 4 years at Srishti School of Art and Design as something of a hobby class, where I would skip from product designing to film appreciation, and then to textile and graphic designing—and I finally ended up graduating in contemporary art.

I actually haven’t studied photography so I wouldn’t know much. But I’m fascinated with how everybody today is a photographer and a creator and how that would push photography into even more experimental and alternative places. I once did a project where I just played around with the panoramic function on my phone camera to distort spaces and faces so as to document the Kochi Biennale. That piece of work was displayed at the Tate Gallery for 2 months under another project. I’m not a trained photographer at all. I have never held a DSLR but I really enjoy analogue and phone photography.

Some of the works that have inspired me over time are Street Ghosts by Paulo Cirio bringing to light questions of privacy and copyright; The Nine Eyes of Google Street View by Jon Rafman; Real Streetview by Tara Kelton; Google Hands by Benjamin Shaykin —a collection of problem pages found in Google Books.

Q. What are your thoughts on the practice of photography today?

Our visual senses are exploited in everyday life. We live in an age where we have imagery coming at us from all directions. The image and the world are in many instances, versions of one another. The equation in their relationship Keeps changing—desirous, excessive, and at times completely unbalanced. While thinking about what the future holds, I have been reading the following— This was the World Now: Falling Man and the Role of the Artists after 9/11 by Anne Longmuir; Experiences of Modern Warfare and the Crisis of Representation by Bernd Huppauf; Staging Terror by Wendy S. Hesford; The Fate of Art in the Age of Terror by Boris Groys; The Society of the Spectacle by Guy Debord; The Death of the Author by Roland Barthes, and Torture and the Ethics of Photography by J ud it h Butler.

It has been argued that the sheer mass of historical images transmitted by today’s media weakens the link between public memory and personal experience (Debord, 1994). Ernst Junger argued that the camera’s cold and distanced view reflected the structure of the modern battlefield and that in turn, human perception was changing and adapting to the view of the camera lens. The artificial camera eye has a passive, cold and dispassionate view and image production by automatic means has radically affected our psychology around the image (Debord, 1994).

Debord further suggests ‘the spectacle is not a collection of images; rather it is a social relationship between people that is mediated by images.'” When a photographer captures an event by photographing it, it may not be for an audience but when they are recording an event, there is an audience imphed; it may also be the people wanting to see those torturing detainees (Butler, 2007). They propose the interdependence between shock experience and accumulated Knowledge suggesting that we can’t have critique without spectacle. Sontag suggests that ‘the photographic image no longer has the power to enrage, to incite, that the visual representation of suffering has become cliched, that we have become bombarded by sensationalist photography and that, as a result, our capacity for ethical responsiveness has become diminished.’ To which Judith Butler responds, ‘for an image to invoke a feeling of loss or devastation it has to leave behind the aesthetic and visually appealing part of the image (S. Hesford, 2006).2 They should be able to represent shock in a manner that has never been seen before. Unlike the olden times, the new generation focuses a lot more on visual language as a medium, and nothing appears to be shocking or unseen. Our visual senses are numb.

So as modern students/practitioners of photography we should realise and understand this phenomenon and therefore try to curate this imagery in such a way that it seeps into public memory, disturbs them and wakes them up, that it becomes hard for people to simply look away and move on with their lives.

I believe the use of spectacle in photography is to really grab the public’s eye without sensationalising it. Because in a world like ours, it really takes a lot for a photographer to engage a viewer and make him think. As modern photography practitioners, it is our responsibility to get the viewer involved in critique of imagery and asking questions, to make them realise their power in thinking beyond the frame.

Images, I beheve, have become more readily available than ever, and less meaningful as a result. At times, this leads to humorous work. So modern education should involve tackling this subject very importantly —how can we make our images hard to miss?

All images from the series Capturing the Capturer Bangalore, Nov 2016 Found Image 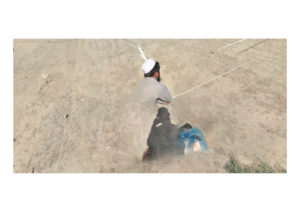 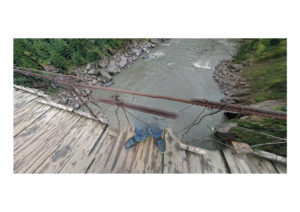 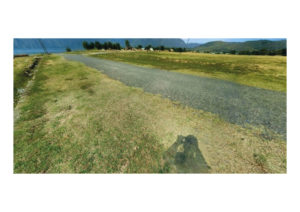 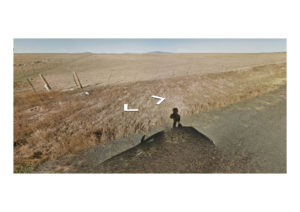 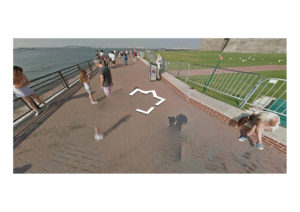