What has affected me and what I have observed most in terms of the documentation process is that as the gos saw an upsurge in popular visual culture in a post-liberalised Indian society, the digital revolution thereby created a pluralist visual culture. The surge of images made up our lives —advertisements, magazines, television. This sheer imapact left a lasting impression at a very subconscious and intuitive level.

I therefore believe that a liaison between the arts and the society at large shouldn’t be restricted to certain valued modes of display and critical shifts will only happen to an expanded dissemination of the image. As for this project, it also began with a question or proposition. What would you do if you saw all that you had in life, sinking right in front of you?

This project is inspired by Amitav Ghosh’s novel by the same name and is a work-in-progress which documents the last inhabitants of the sinking islands in the Sunderban Deltaic region, named Ghoramara Island. The island was originally zo sq. km in mass, but in the last two decades or so, it has been reduced to a mere 5 sq. km.

Global warming has caused the river to swell, as the river is fed from the Himalayas, pouring into the Bay of Bengal. High tides and floods are playing havoc with the fragile embankments, displacing hundreds of islanders every year. Most men have migrated to work in construction sites in the southern part of India,” says Sanjeev Sagar, Panchayat Pradhan of the Island.

Other islands in the delta —Mousuni, Sagardeep, Hingalgonj and Kultali are also low-lying regions without any sharp elevation. Any rise in sea level directly affects the islanders.Lack of cultivable and has forced many islanders to take up fishing for a living.

All images from the series The Hungry Tide Ghoramara Island Digital 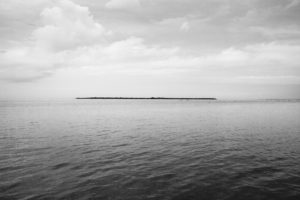 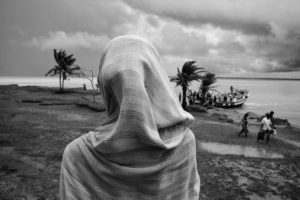 LEFT: Ghoramara Island looks like a straight line on an empty canvas, when seen from the Kakdwip harbour jetty. Right:  Ghoramara Island is located 150 km south of Kolkata, India in the Sundarban Delta complex of the Bay of Bengal. 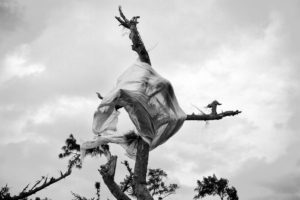 Felling of trees for wood and clearing land for cultivation has also added to the misery. Without any roots to hold back the soil, erosion is rampant.

The Island is small, roughly five square kilometers in area, and is quickly disappearing due to erosion and rising sea levels. 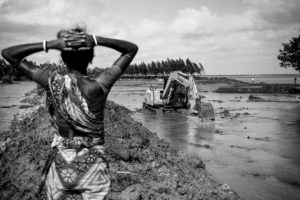 With the onset of the monsoon, rising water levels pose severe threat of inundation. Several households along the fragile coastline are often washed away. 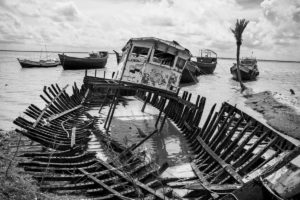 The major occupation of the people is agriculture and fishing. Located near the Bay of Bengal, this is a fishing hotspot. 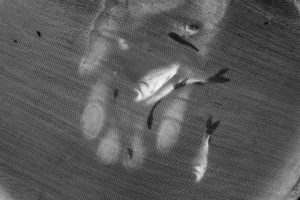 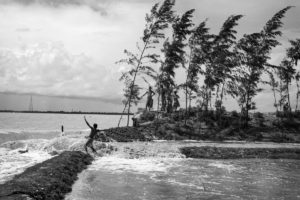 LEFT: Lack of cultivable land has forced many islanders to take up fishing for a living. RIGHT: The coastline is under severe threat of erosion, leading to loss of an alarming 50% of its area in the last four decades.