On the Wrong Side of the Equator

I wanted to explore the fine line that exists between what is real and that which is constructed. I took these pictures on a Bollywood film set in Peth, Maharashtra. The intention of the Director was to recreate an African hamlet inIndia as shooting in Angola, where the scripted scene was set, was impossible given the turbulent political situation. The setting was surreal; there were black Portuguese actors who played the leads and a motley crew of extras—students from the University of Pune, Colaba locals, tourists and Siddhis from Gujarat amongst others. It had been quite a task for the Casting Director to find such a large number of black people in and around Mumbai. Many of them were Nigerian, some Kenyan and Eritrean, but very few Angolan. This fact however didn’t matter to the casting team, as long as they all looked “African”. Thrown together only because of their shared colour, they were meeting each other for the first time in an obscure village in Maharashtra.

I had been hired by the cinematographer to shoot publicity stills on the film set at dusk, that window of beautiful light right after sunset. The actors and extras would rehearse the choreographed action stunts through the day to be captured for a few minutes every evening.

Eventually there was a sense of community that grew between the cast members. I noticed a new dynamic rising in a an artificially constructed situation. I felt compelled to document some of these new relationships, to make pictures of these individuals in these spaces and photograph people between rehearsals and the actual filming. As is common in films, the sequence was eventually edited out of the film, so no one other than the film crew knew about it. When I printed some of the images, I realised with delight that people believed I had, in fact, been to Africa to take these photographs!
Many questions came to the fore in my mind, such as the authenticity of images, and whether what we see in images represents the underlying reality of the situation on the ground. I believe there are always surprises…

All images from the series
On the Wrong Side of the Equator
Peth, Maharashtra, 2008
35mm film and digital 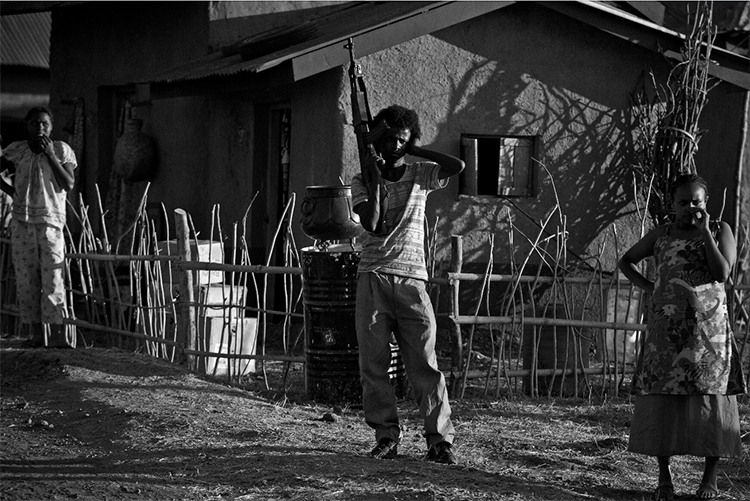 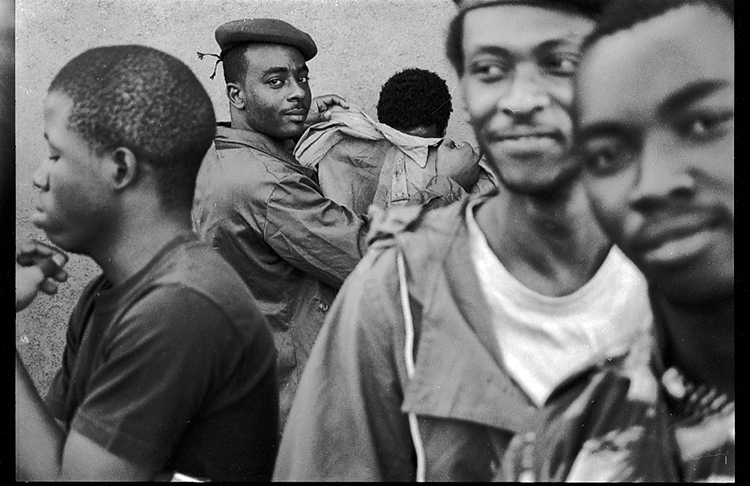