There Are Things I Call Home

Though I did my schooling and college from so-called prestigious institutions catering to the ‘elite’, I grew up in a single room house in a relatively modest neighbourhood in Delhi. Each day presented me with stark and contrasting experiences that made it difficult for me to reconcile the identity of my two worlds. I began feeling introverted, and with time I stopped acknowledging both spaces as part of one world, and felt as though I was sacrificing my ‘home’ space. I rebelled against the idea of ‘home’. But any act of rebellion at some point in its trajectory encounters the possibility of reconciliation. These photos are my attempts at reconciling the idea of home with my evolving identity. For me, they represent ways of breaching my own constructed barriers and relationship with this space.

Having only a few friends, I spent a majority of my time with objects. I perceive them as objective extensions of my personality. Having become a stranger at home, I found it immensely difficult to photograph my family. I was met with resistance and a bit of hostility too. So the clearest path that presented itself to me was to do it through objects. 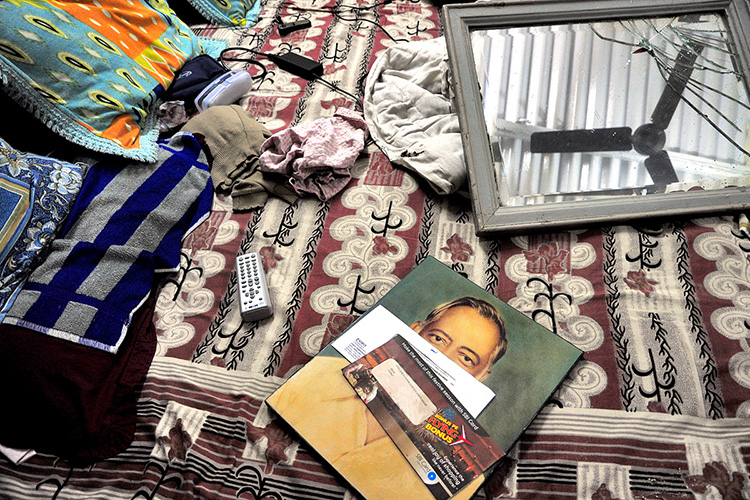 Photograph of my late grandfather lying on the bed during the weekly house cleaning exercise, October 2010 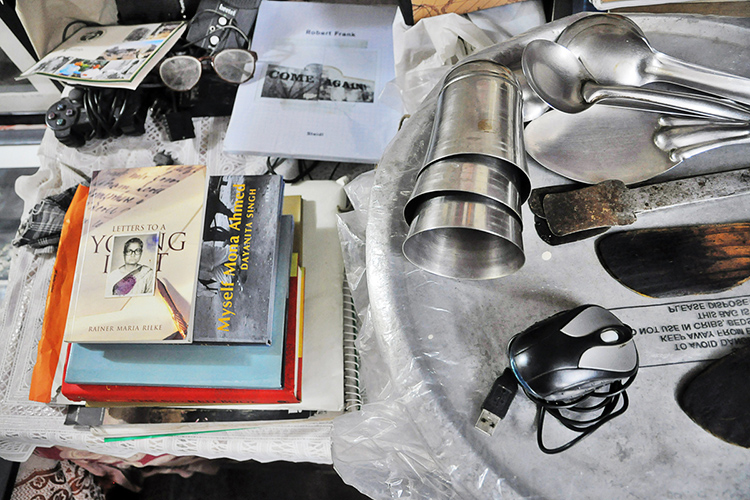 There are things I call home Home (Delhi) 2010-ongoing Digital

To me, the objects in these photographs paint a portrait of my family and speak of the estranged relationship I share with them—of distances and uncertainties that separate us. Every photograph hints at a sense of tension, conflict; perhaps the pain of neglect. It is my foray into my own house and yet I feel like I am trespassing. 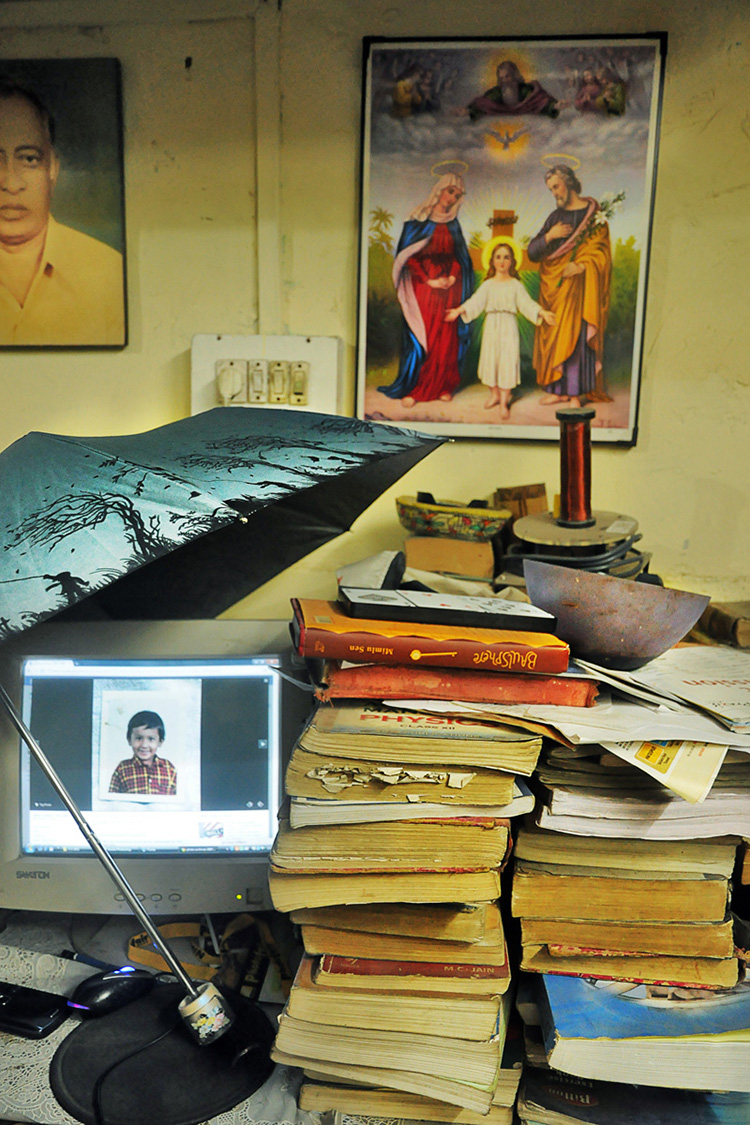 I share my study table with my grandmother’s utensils, December 2011 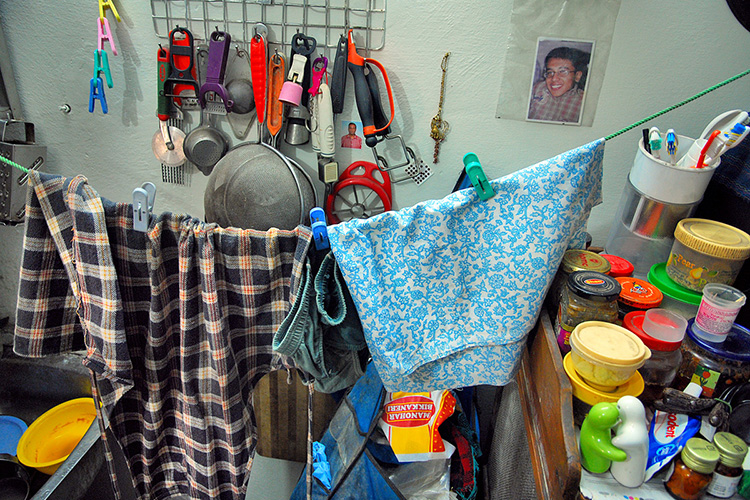 My editing desk during the monsoons the roof occasionally leaks during the rains. July 2011

Our grandmothers and the queers have always had it right: memories aren’t obedient; they must always be nudged forward with the familiar. The tucked-away salt-and-pepper shakers in embrace were bought at the Big Bazaar sale, with a lover,and were the only things we bought at the store before being herded out by bargaining aunties and cola-intravenoused kids. Shut up, I can’t tell you. Apparently, people still read poetry. But, I do have the sweat-soaked underwear of a one-night stand – it used to smell of fresh-lime Cinthol, of kabab coals extinguished at midnight. No, it doesn’t anymore. It smells of naphthalene balls and sandalwood. Just touching it jerks me with flashes of a golden pillow, a family pack of strawberry ice-cream and a slinking-away 5 am shadow. 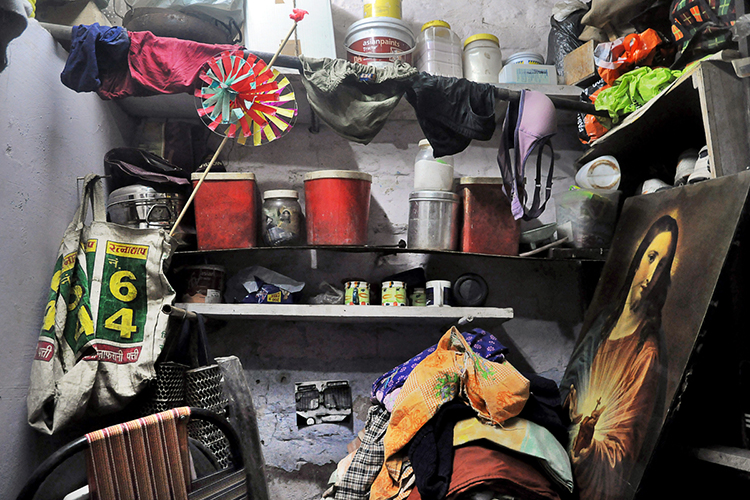 My grandmother has the ribboned bows of her three children’s first haircuts. The two boys’ strands are knotted with blue and her daughter’s with red. And all her grandchildren have specific colours—mine is purple. My grandfather says, she is a collector-memsahib, every corner is a storehouse. But to her, it is affirmation. It is the knowing, that there are signposts, little archaeological boards explaining her to her. It is just that the familiar objects—the tea-strainer, the piles of shoes (my uncle used to get a new pair for every birthday, rationed, like milestones; he eventually owned only 40 pairs), the images of Jesus—are rendered recognizable. The deadspring out of photographs, they lie in bed next to us, smooth out the clutter, huddle up and say, “I am here now, right here.”

*A line from The Underground Man by Mick Jackson 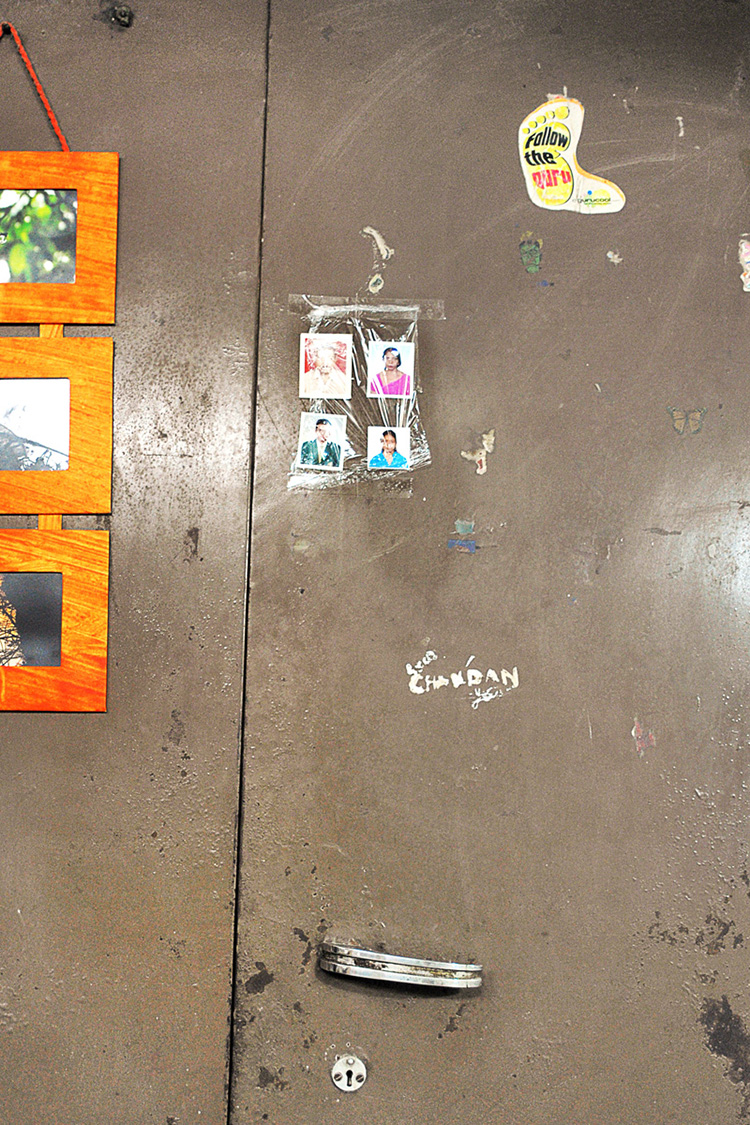 Passport size photographs of my family on my almirah, November 2011 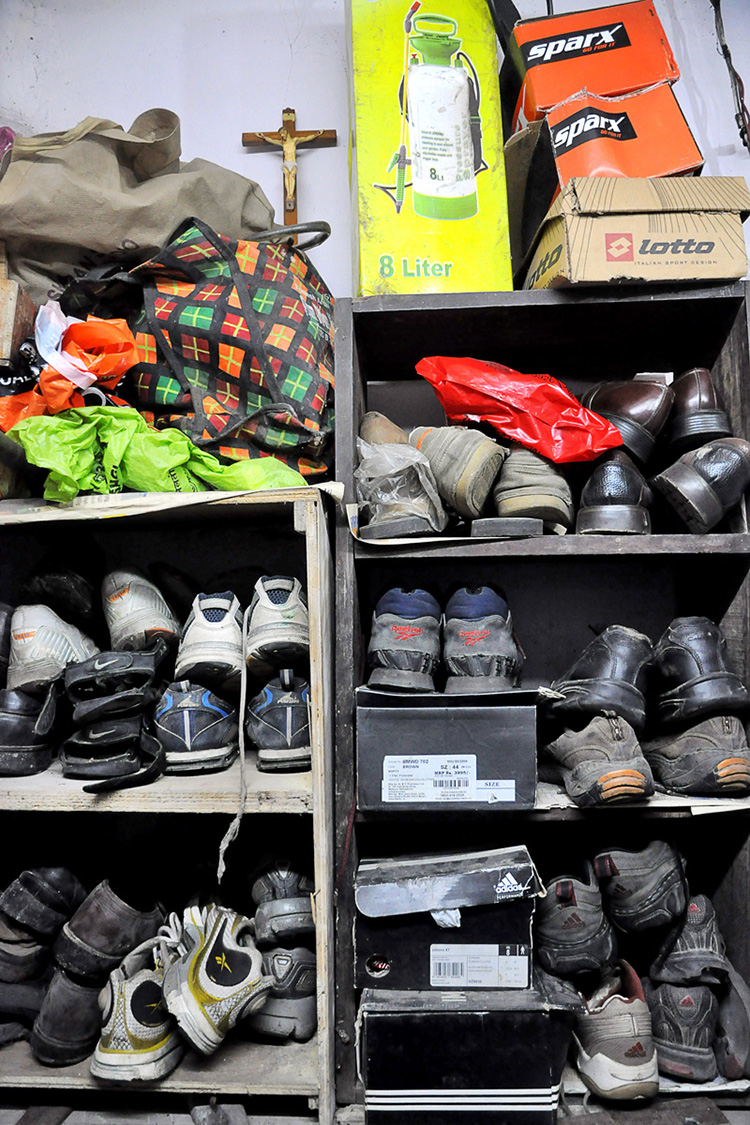 Calendar and the clock, kitchen, August 2011