In conversation with Prof. Zahid R. Chaudhary on his earlier book, Afterimage of Empire—focussing on photography’s role in colonial India. Interview by Rahaab Allana 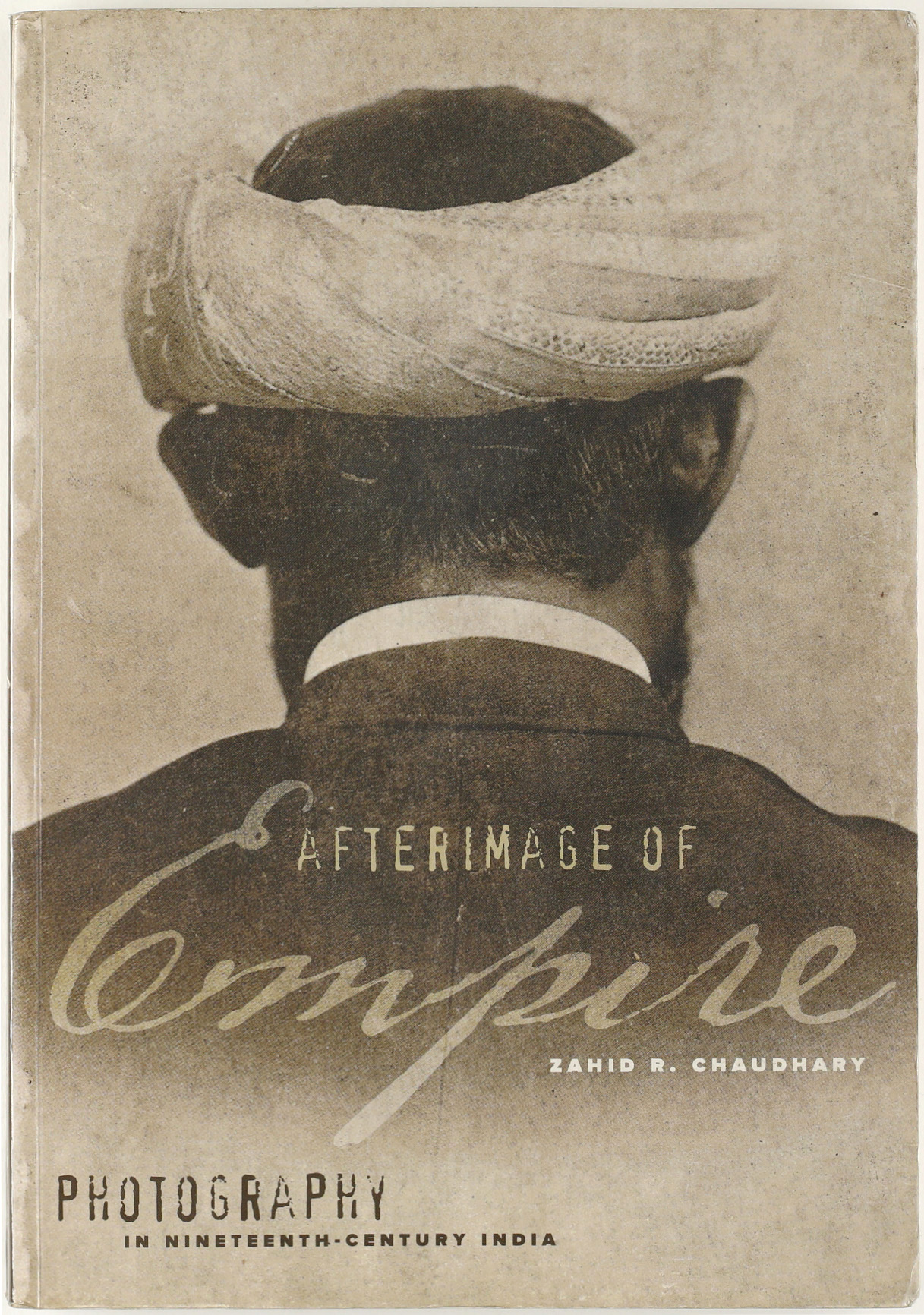 The first of a two-part conversation with Prof. Zahid R. Chaudhary on his earlier publication, Afterimage of Empire: Photography in Nineteenth-Century India (Minneapolis: University of Minnesota Press, 2012).

Zahid is a Professor of Postcolonial Studies in the Department of English in Princeton. His book, divided into 6 chapters—which includes an Introduction and a coda—is yet to receive its due in India as a critical account of early photography from the region. Starting from images of the 1857 Uprising, to the time of pre-Independence, it foregrounds conceptual and historical modes of looking at early photography, which straddles questions around their aesthetics and agency. Various genres of image-making are discussed including landscape, portraiture and ‘famine photography’, in order to think around notions of truth, memory, and embodiment.

In 2013, Veronica Austen of St. Jerome’s University at the University of Waterloo had this to say: Although photography’s function in subject-formation has been long explored—Walter Benjamin, Roland Barthes, and Susan Sontag providing early entries into the discussion—Chaudhary’s book, in focussing on photography’s role in colonial India… expands discussions by arguing that photography serves to alter modes of perception…

Afterimage of Empire can be read alongside Christopher Pinney’s ‘The Coming of  Photography in India’ (2008), ‘Camera Indica: Social Life of Indian Photographs’ (1997), Elizabeth Edwards’ ‘Raw Histories: Photographs, Anthropology and Museums'(2001), and the essays collected in ‘Visual Sense: The Cultural Reader’ (2008), ‘Sensible Objects: Colonialism, Material Culture and the Senses’ (2006) and ‘The Senses Still: Perception and Memory as Material Culture in Modernity’ (1994). These works prefigure Chaudhary’s study: they all, in their own manner, stress that ‘visual’ studies are moving into a broader domain as scholars engage with more than the disembodied eye of the beholder and consider a bodily engagement with the world. Chaudhary’s work not only exemplifies this new approach, but broadens its scope and signals a new place of departure for studies of colonialism, photography and visuality.

In conversation with Rahaab Allana on 8 May 2018, this two-part post uncovers areas of interest to Prof. Chaudhary as well as aspects that underpin the production of the book itself, as he looks back on it now…

Images reproduced below (barring publication spreads) have been featured as illustrations in the publication, unless otherwise mentioned. 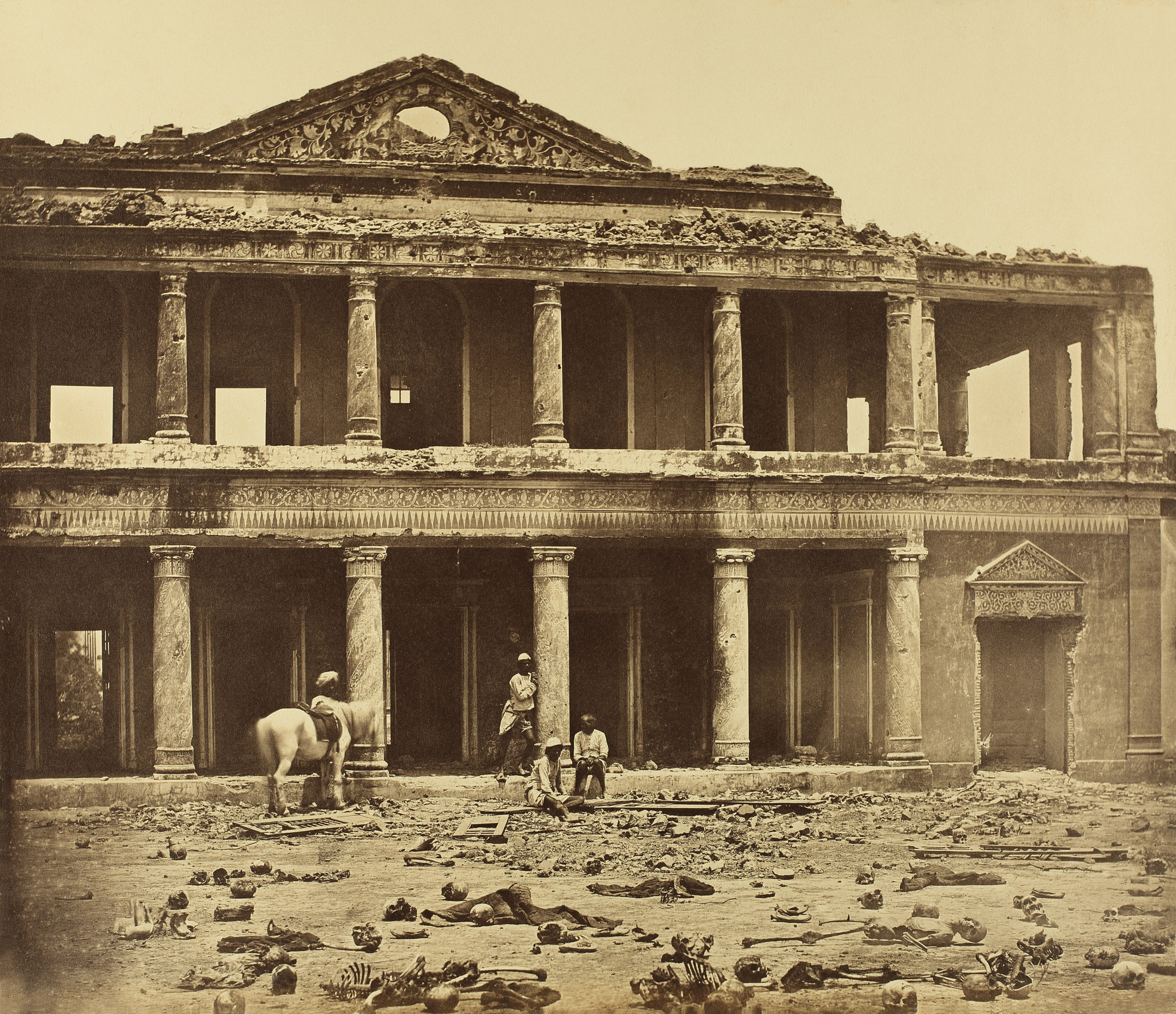 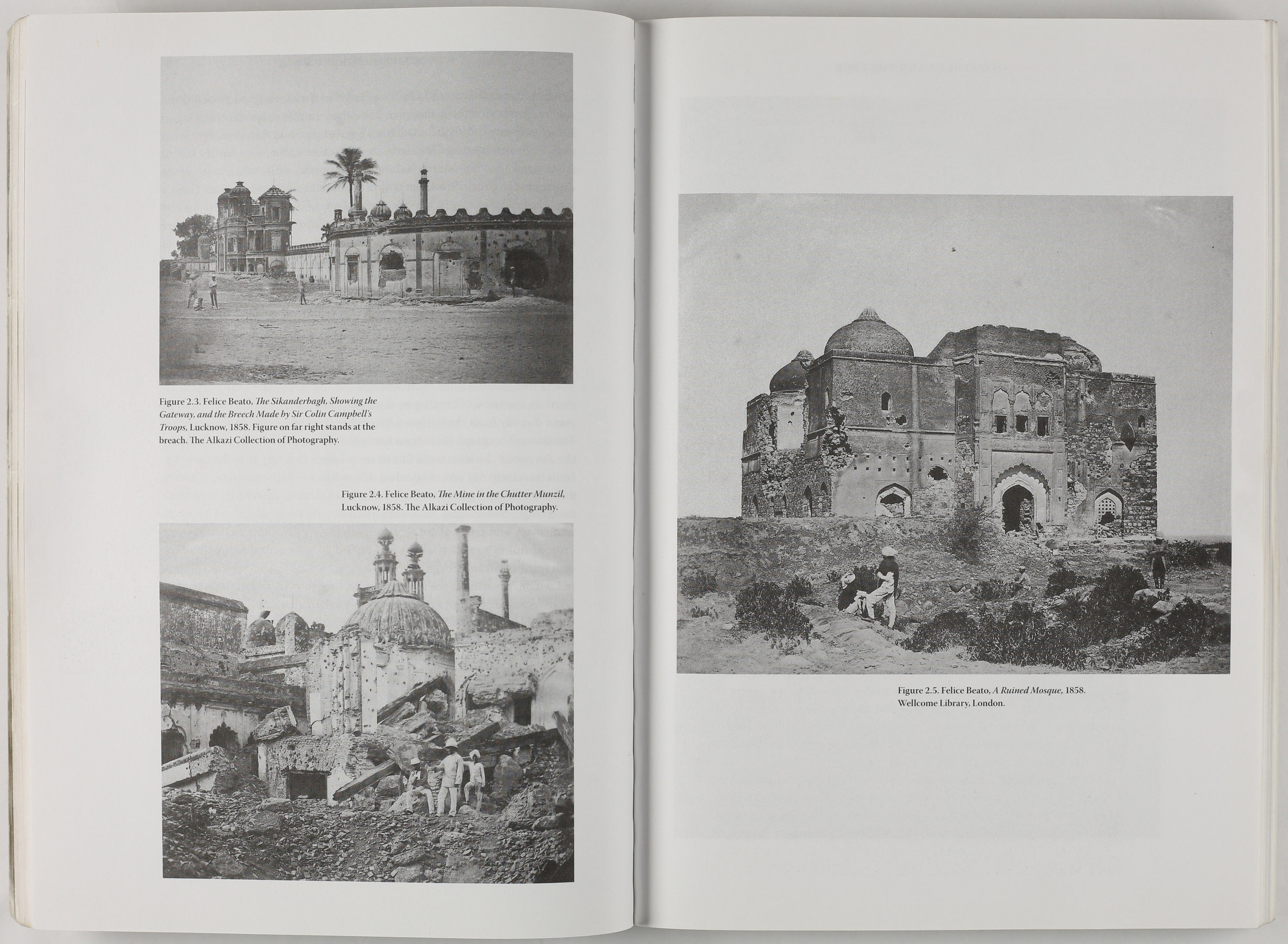 Spread from Afterimage of Empire with images by Felice Beato

What attracted to me to Merleau-Ponty, or the phenomenological tradition, was that the tradition never lets go of the historical constitution of perception. That perception is something that is socially mediated. We have certain habits of looking and certain habits of seeing and we tend to see what is familiar to us. And the power of photography is that it provides that, and satisfies that.” 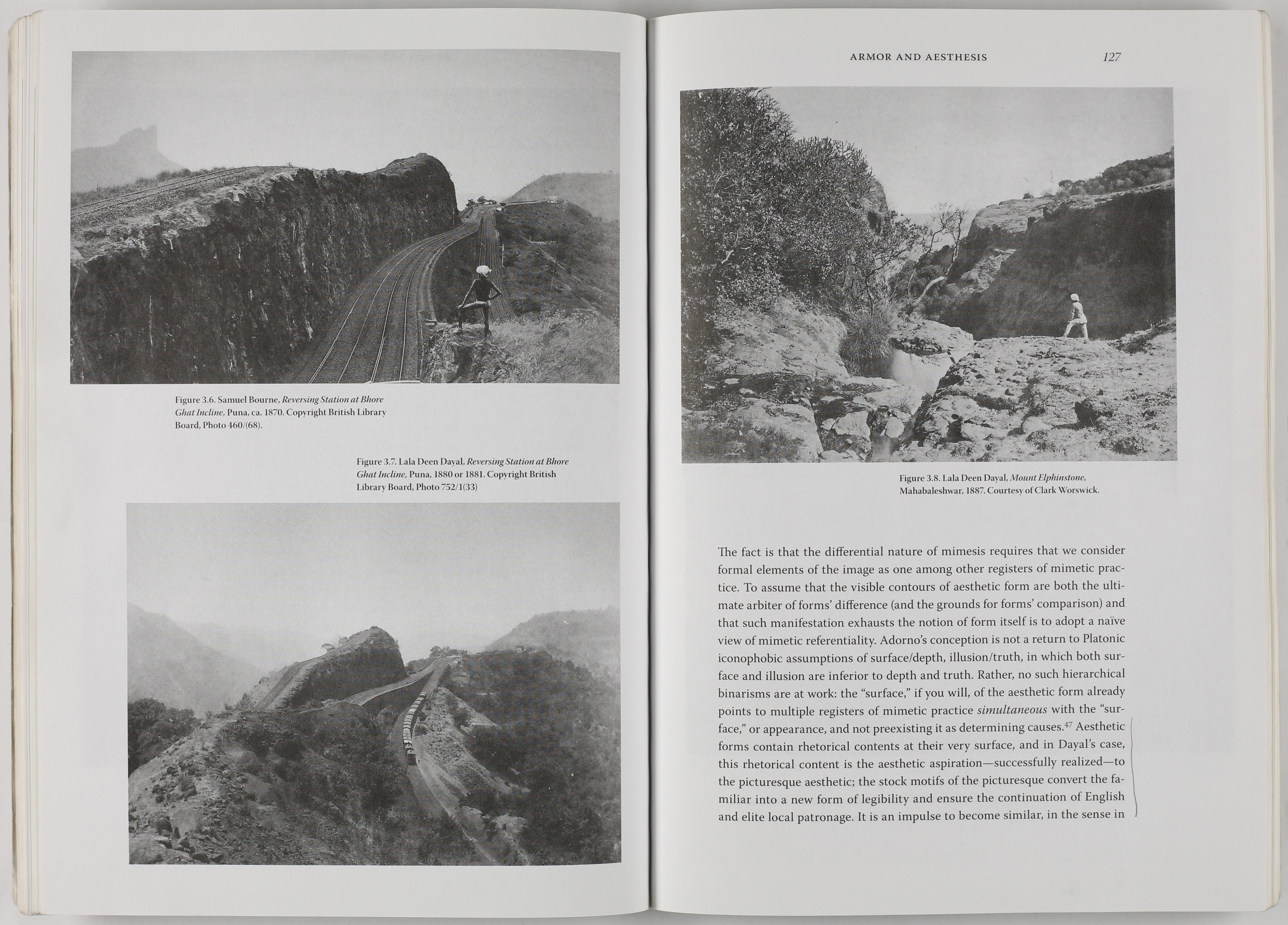 Spread from Afterimage of Empire with images by Samuel Bourne 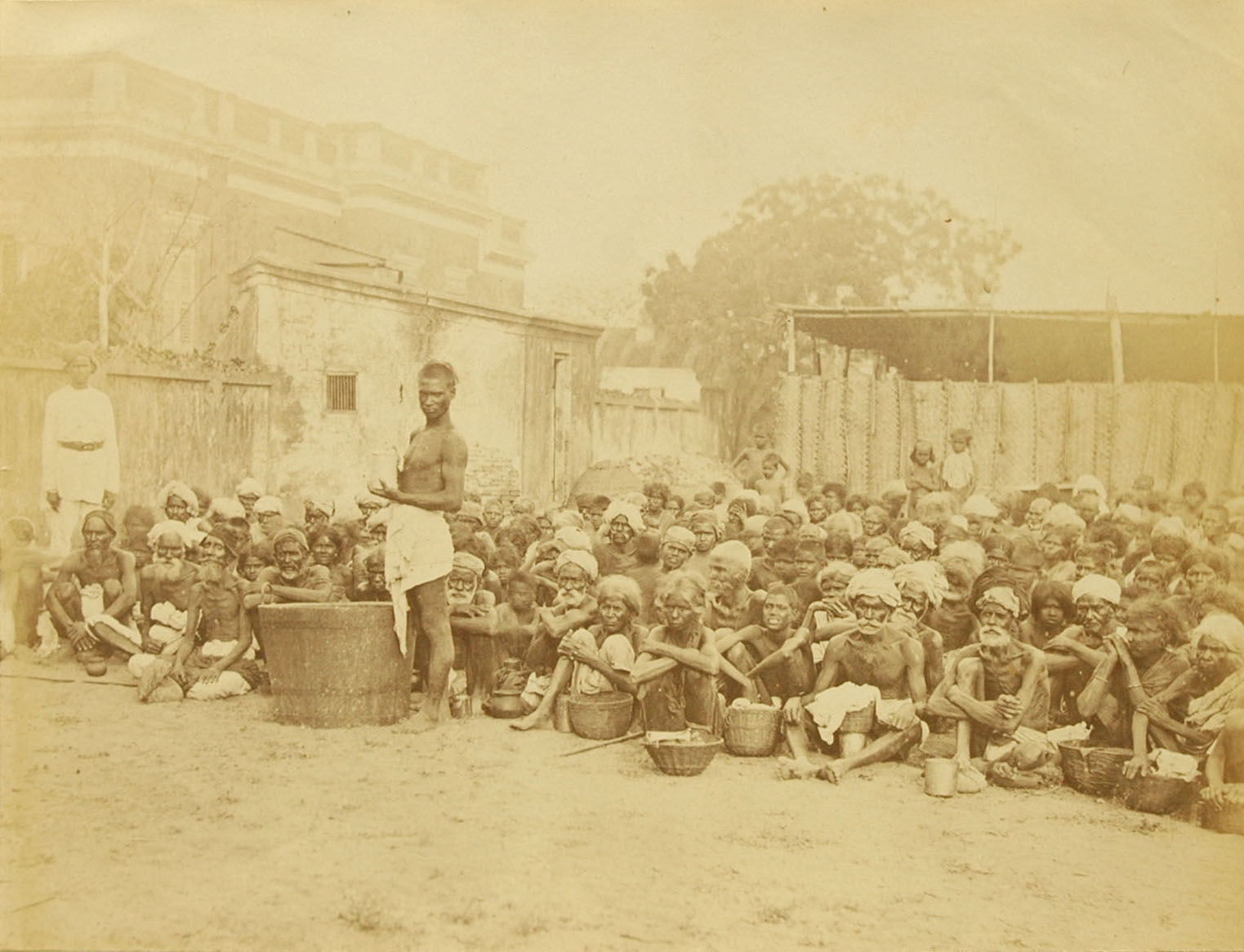 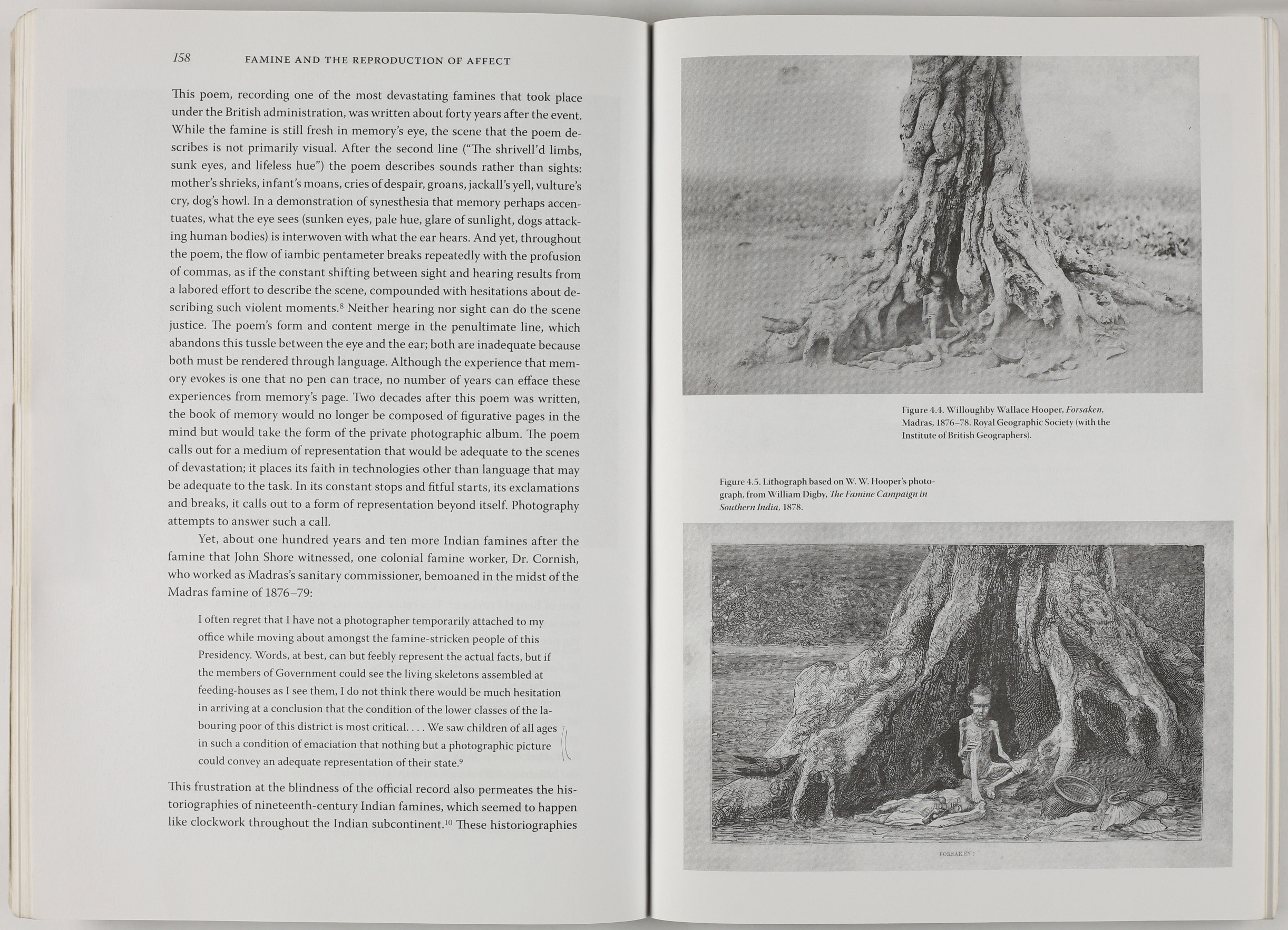 Spread from Afterimage of Empire with an image by W.W. Hooper and a lithograph based on the image 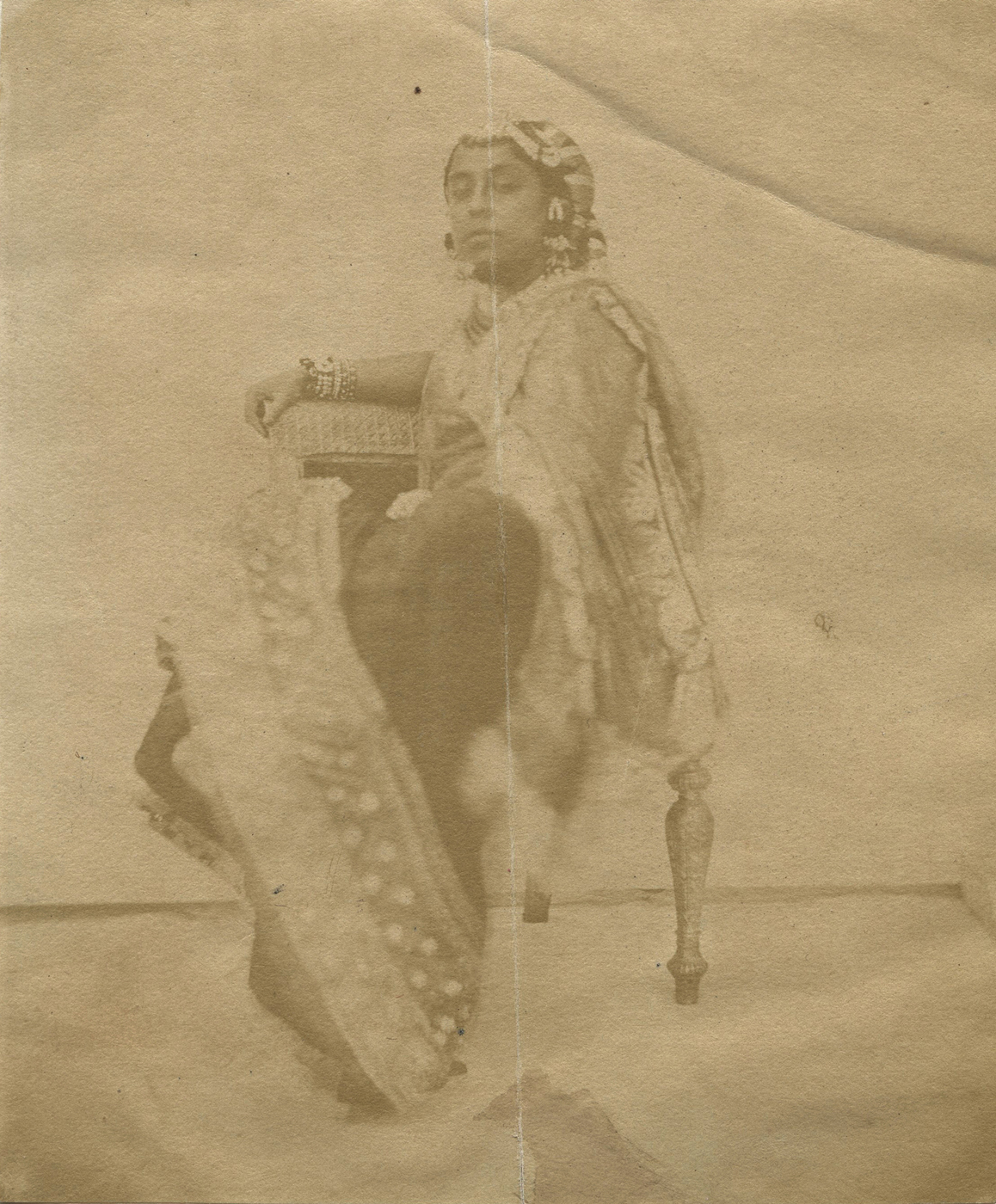 Ahmad Ali Khan, ‘Awadhi Lady at the Court of Wajid Ali Shah, Lucknow’ from the Album of Canon Richard Warner of Lincoln, Albumen Print, c. 1855, Alkazi Collection of Photography. Not featured in publication. 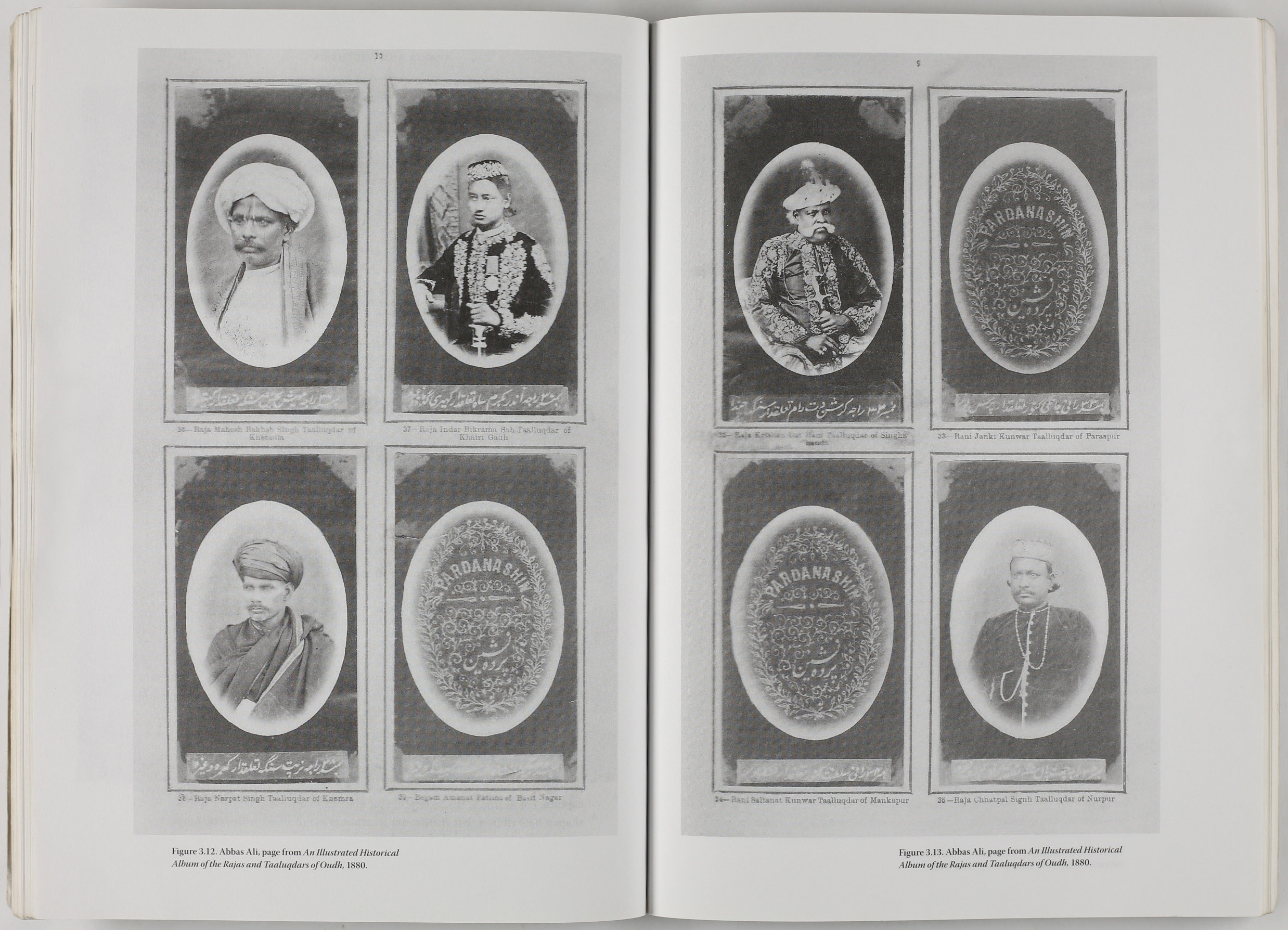 Spread from Afterimage of Empire with images by Daroga Abbas Ali 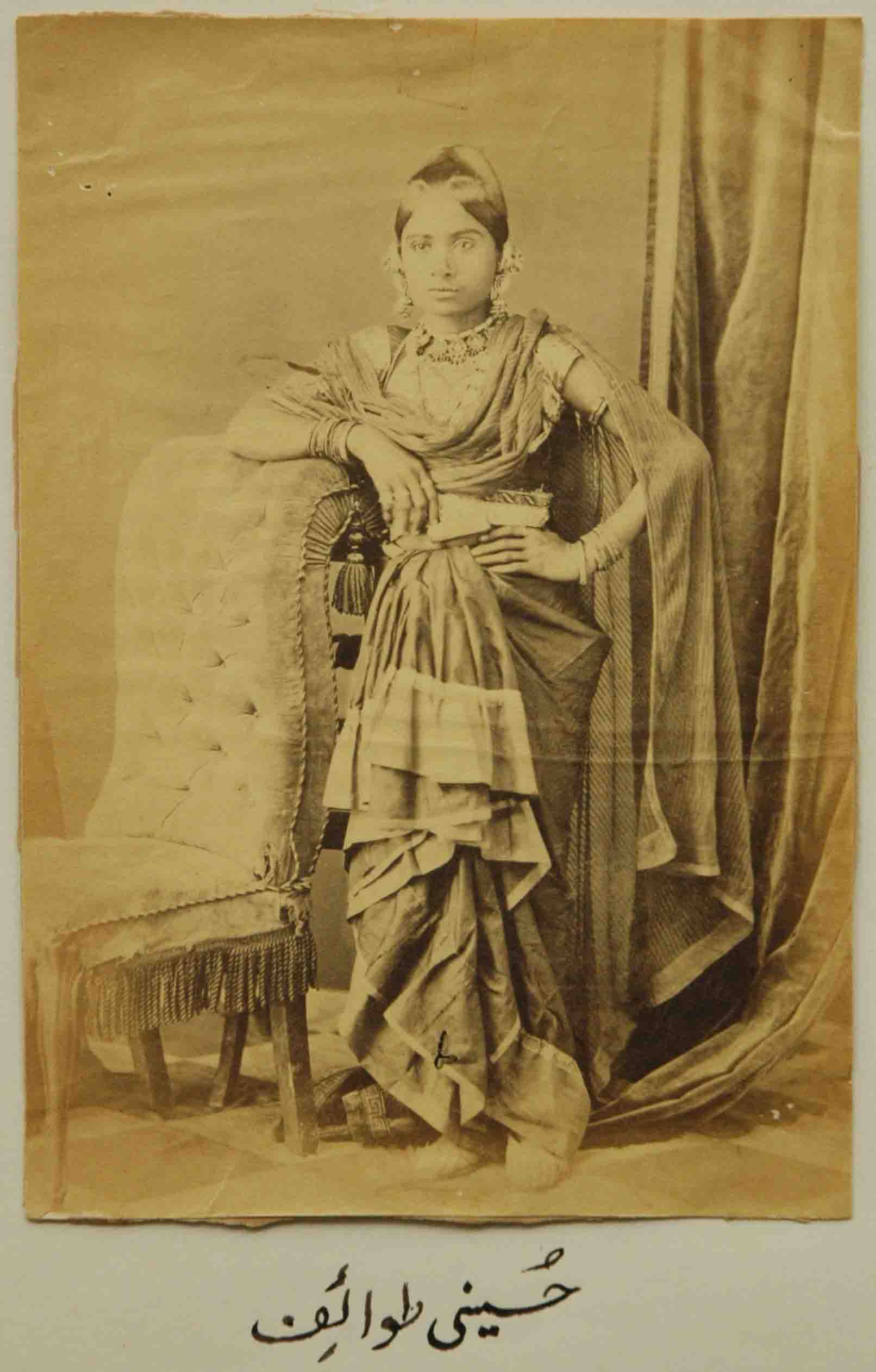 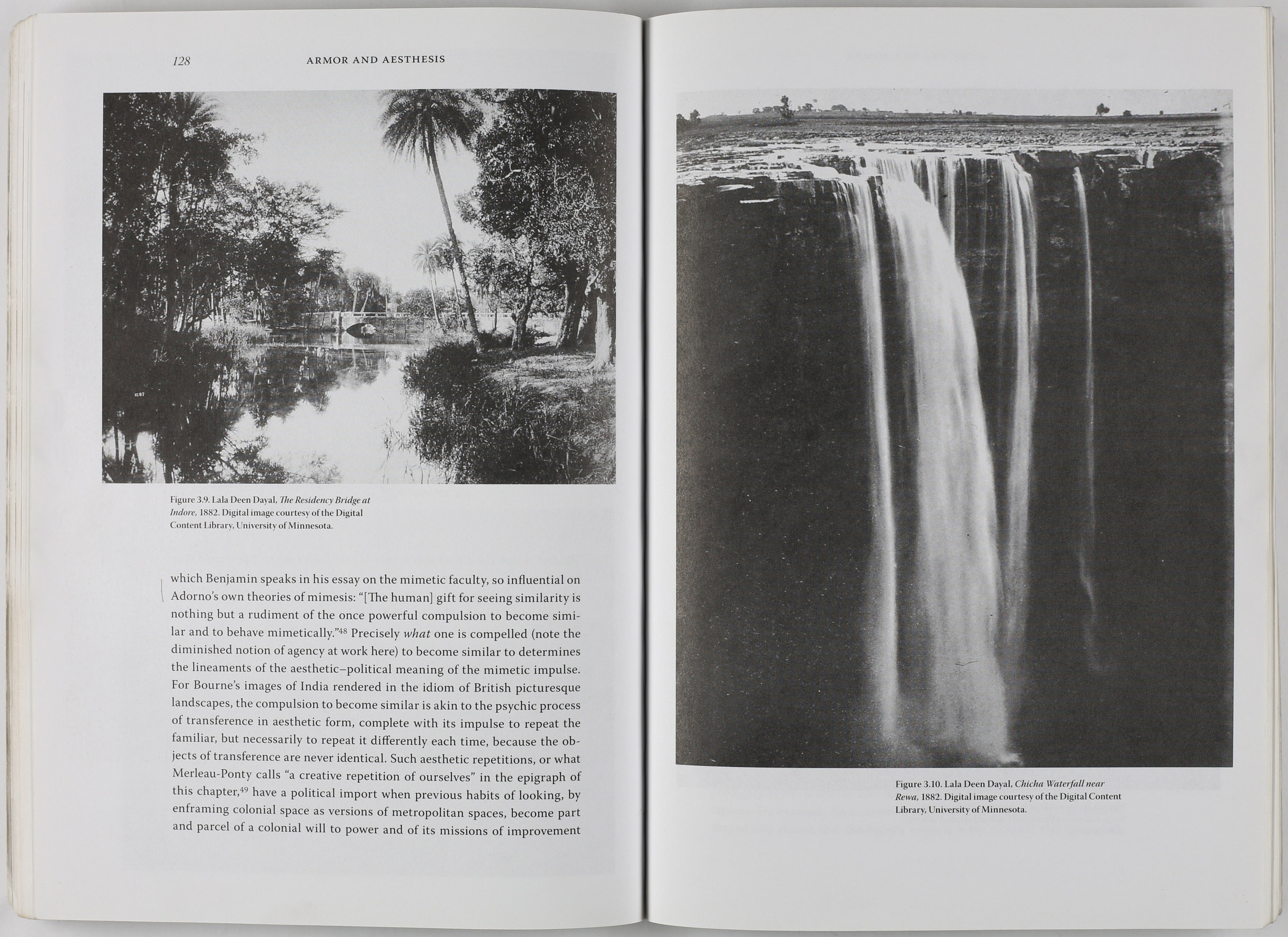 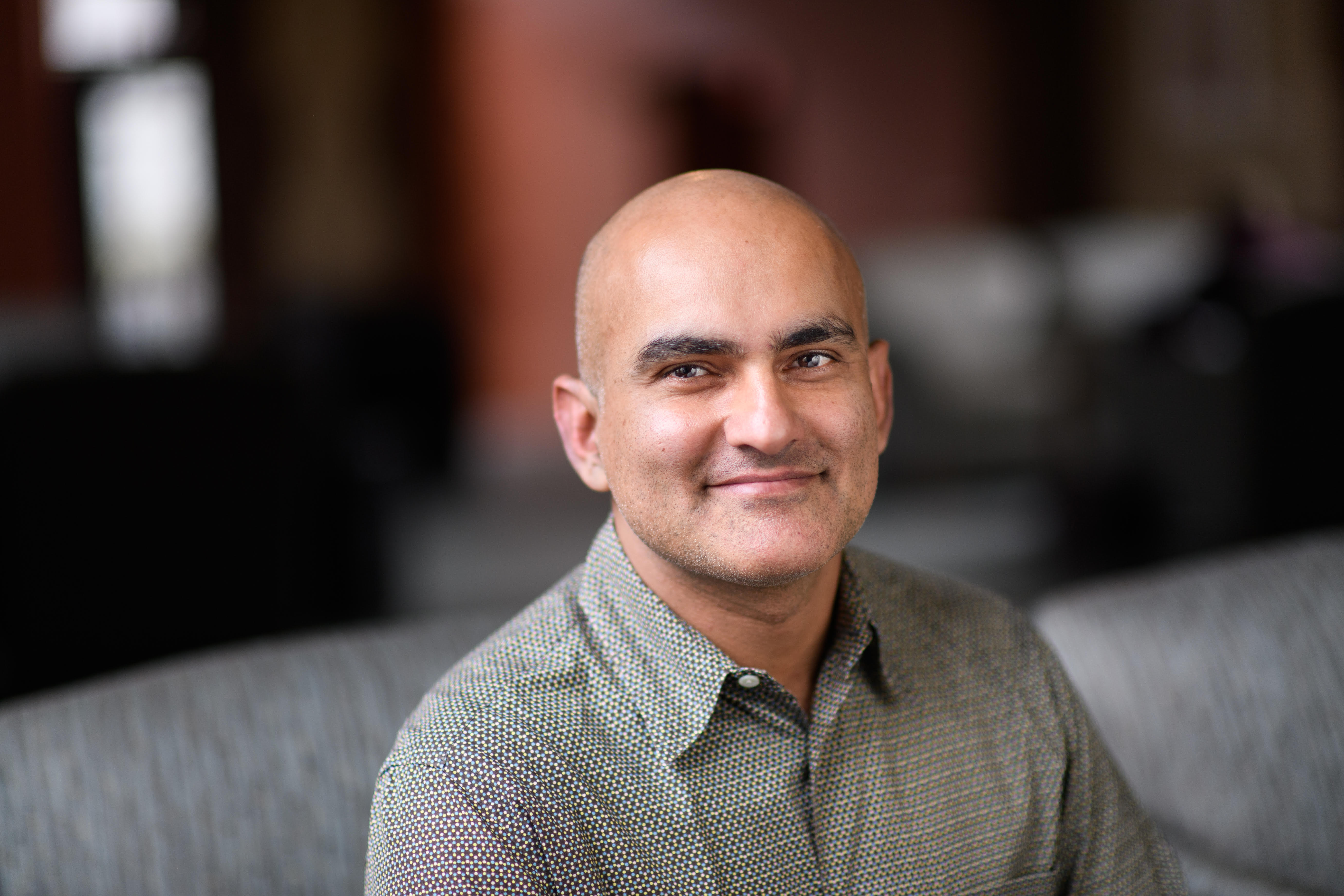