Between Shows – A conversation with David Campany at Walker Evans Revisited 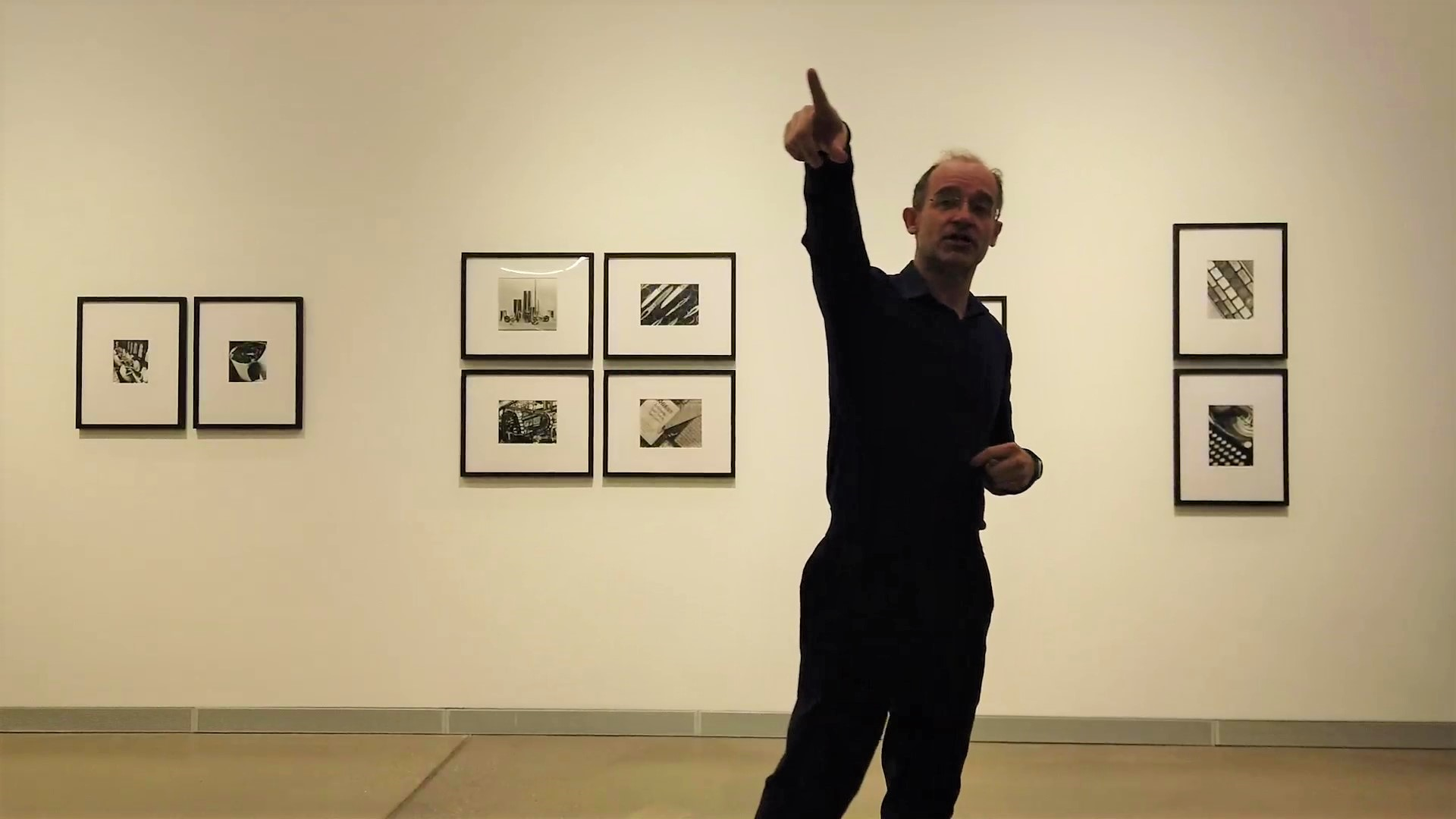 We know David Campany as an eclectic curator and writer, and he has recently become Managing Director of Programs at the International Center of Photography, New York.  Having engaged rigorously in the contemporary discourse around photography, he has worked with institutions around the world, including MoMA New York, Tate Britain, Whitechapel Gallery London, Centre Pompidou Paris, Le Bal Paris, Stedelijk Museum and The Photographer’s Gallery London.

Earlier this year he curated the three-city Biennale für aktuelle Fotografie 2020 – The Lives and Loves of Images (Mannheim/Ludwigshafen/Heidelberg, Germany) where the Editor managed to speak with him, on the go, between shows. It was a chance encounter with the author of many publications on the subject of photography, including On Photographs (2020), So Present, So Invisible: Conversations on Photography (2018), A Handful of Dust (2015), The Open Road: Photography and the American Road Trip (2014), Walker Evans: The Magazine Work (2014), Gasoline (2013), Jeff Wall: Picture for Women (2010), Photography and Cinema (2008) and Art and Photography (2003). 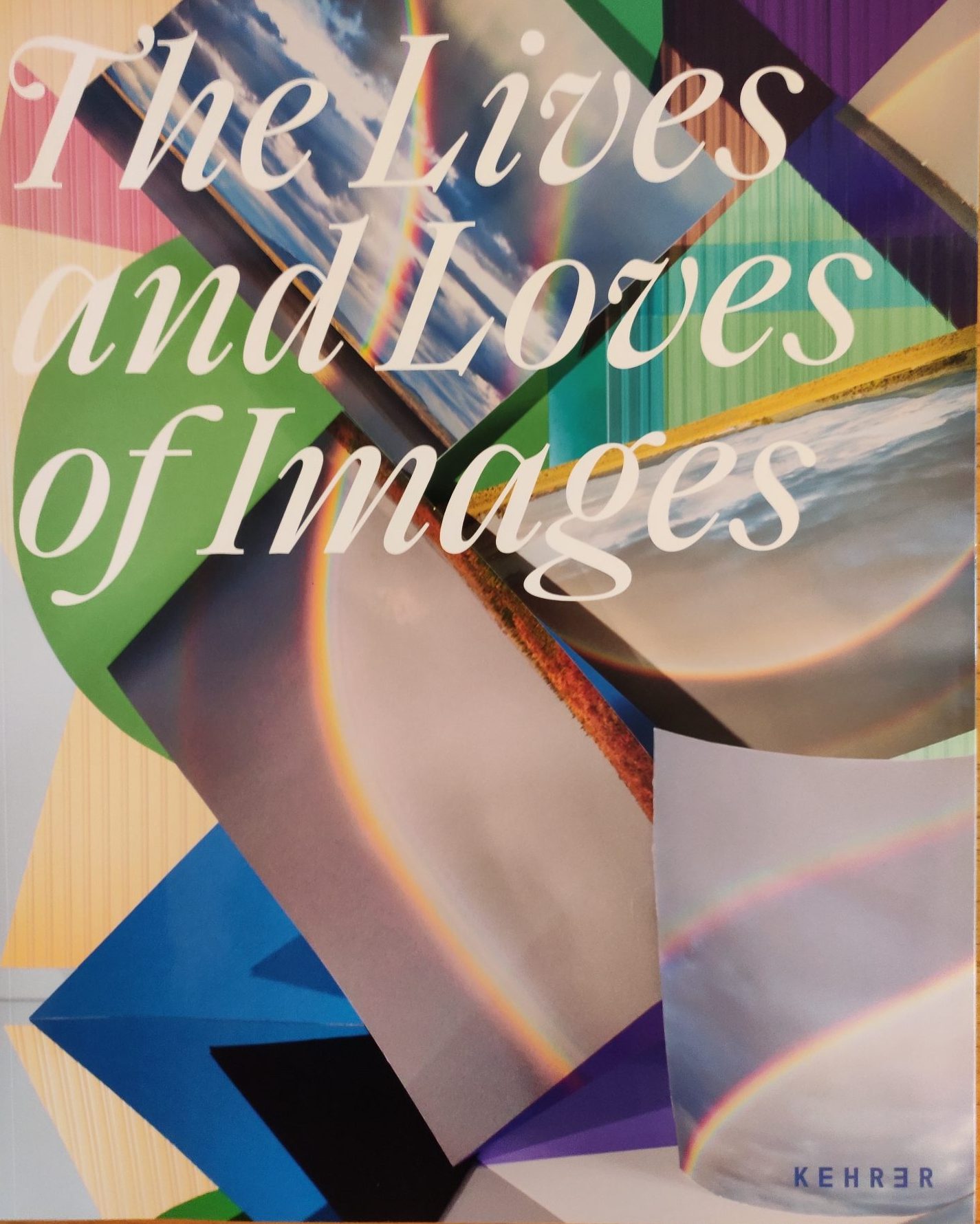 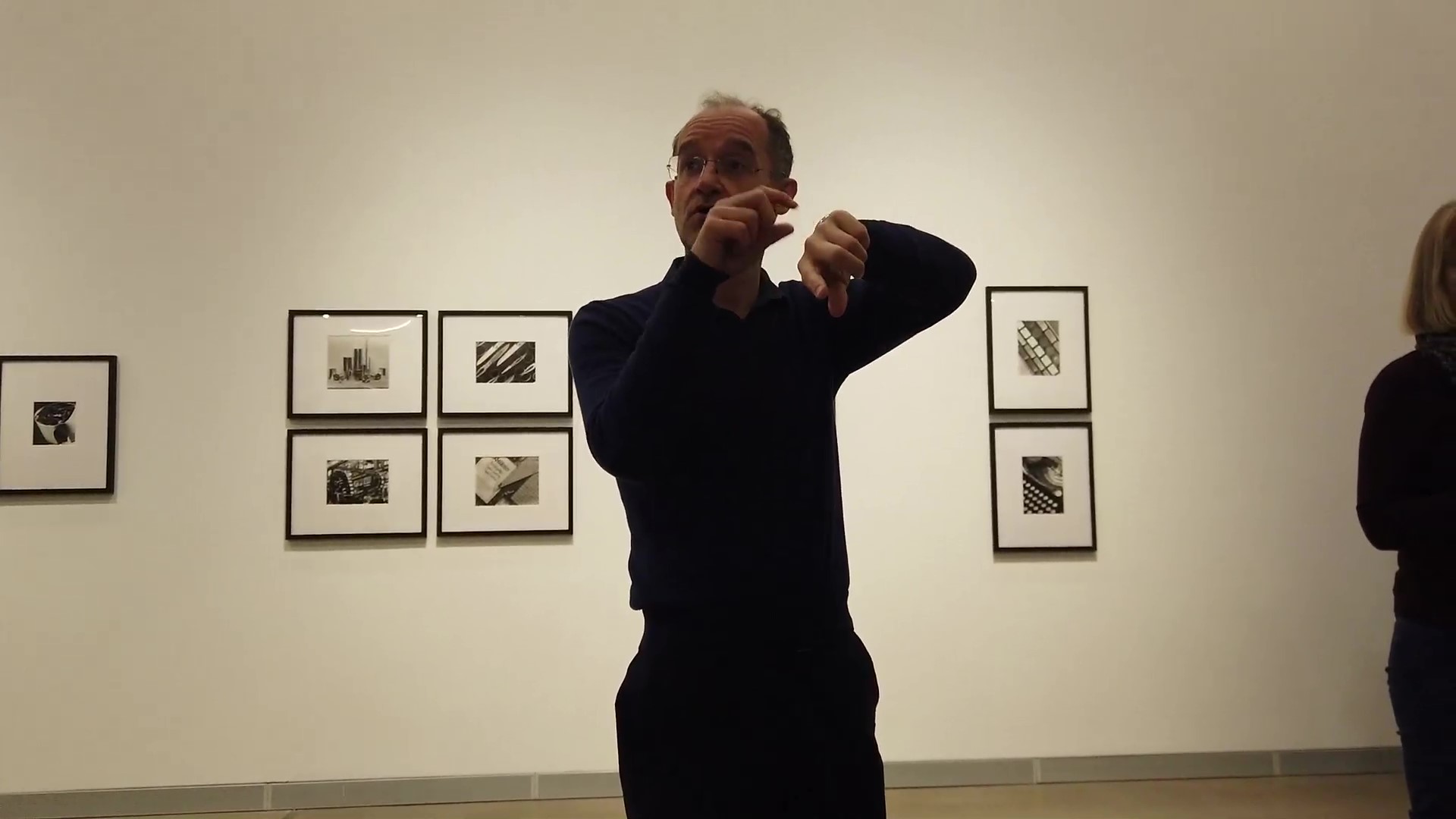 In this audio interview, Campany reflects on the exhibition Walker Evans Revisited, curated by him as a part of the Biennale Lives and Loves of Images . The exhibition brought together some of Walker’s own photography with diverse responses to his oeuvre from contemporary artists and lens-based practitioners. Many of these contemporary works were a continuation and extension of Evans’ ways of photographing everyday life. In addition there are works that appropriate, collage, re-imagine and pay homage to Evans’s work. Installation images here are screenshots from the virtual gallery on the Biennale website

“Any viewer is the source of meaning… Meanings don’t jump out of pictures, the way rabbits jump out of holes.” 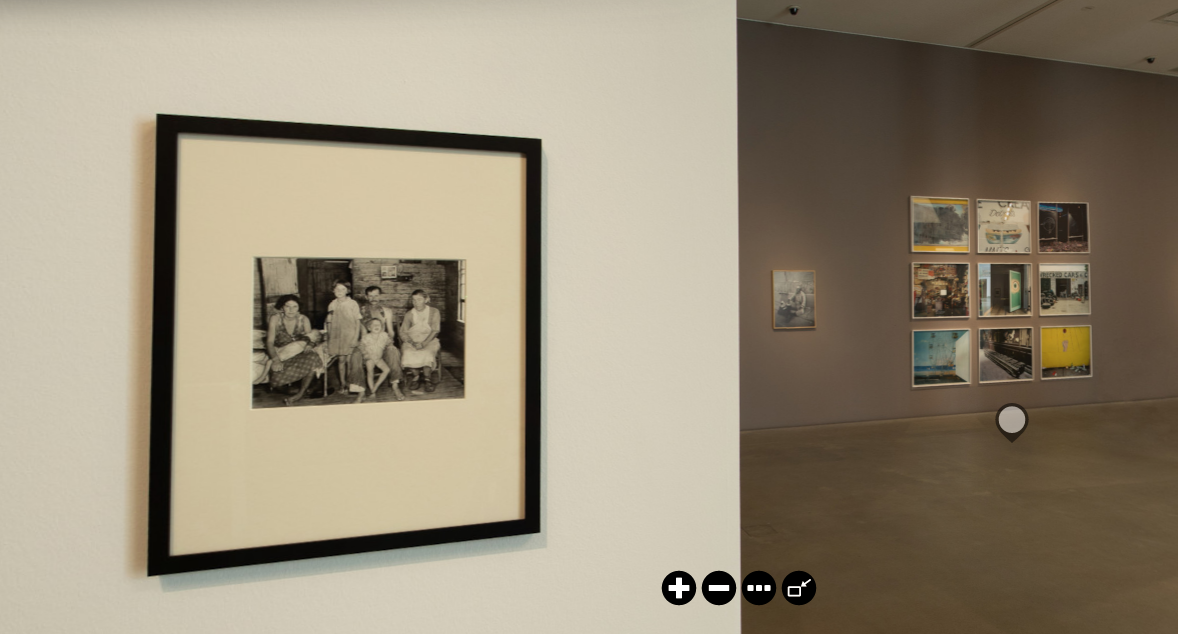 Installation by John Stezaker in the section: When Images Collide as part of the exhibition,
The Lives and Loves of Images.

Walker Evans Revisited looks at the canonical photographer’s work through the lens of the present time, reflecting upon how his practice opens up photography to many modalities. Campany mentions that of all the celebrated photographers of the last century, the one who is most relevant today, and the one with the widest influence, is Walker Evans (1903 – 1975). Evans was concerned with the idea that photographic meaning is related to context, text and relations between images, whether on the gallery wall or on the pages of books and magazines. To be in control of one’s photographs means being in control of how they are presented and circulated in the world. So, as well as being a remarkable image maker, Evans was also an editor, writer and designer. 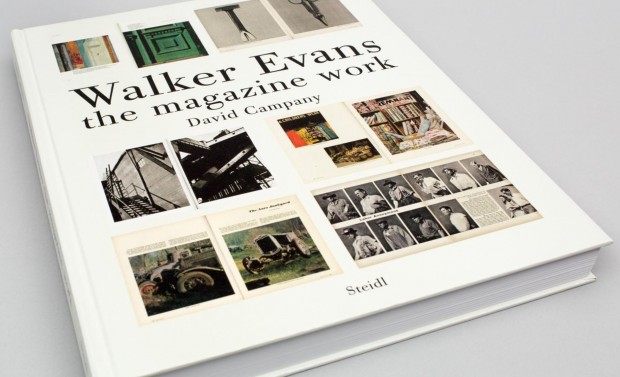 Campany dwells on his continued engagement with Evans’ extensive oeuvre of photography and mentions that he was heavily influenced by the European avant-garde and their sophisticated understanding of photography as well as the experimental publications and ideas of sequencing he encountered through them. He emphasizes Evans’ uncannily contemporary attitude to making images where he freely incorporated already existing press photographs alongside his own work.

“I think the idea of a counter canon gets overstated… It’s an oedipal thing, every generation wants to overthrow the father… It’s much easier to extend and draw out and take what you can in your direction.” 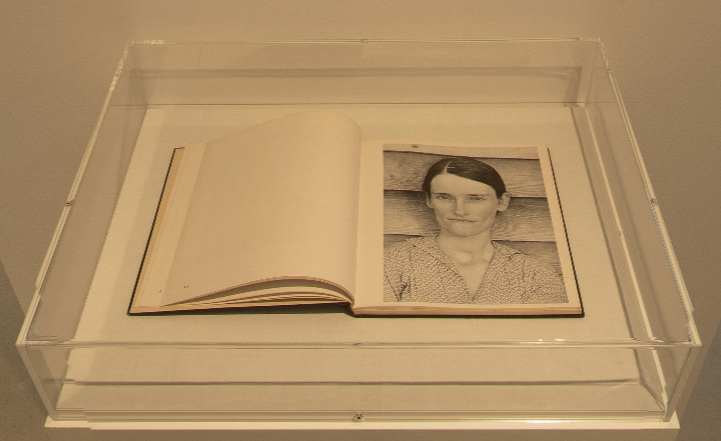 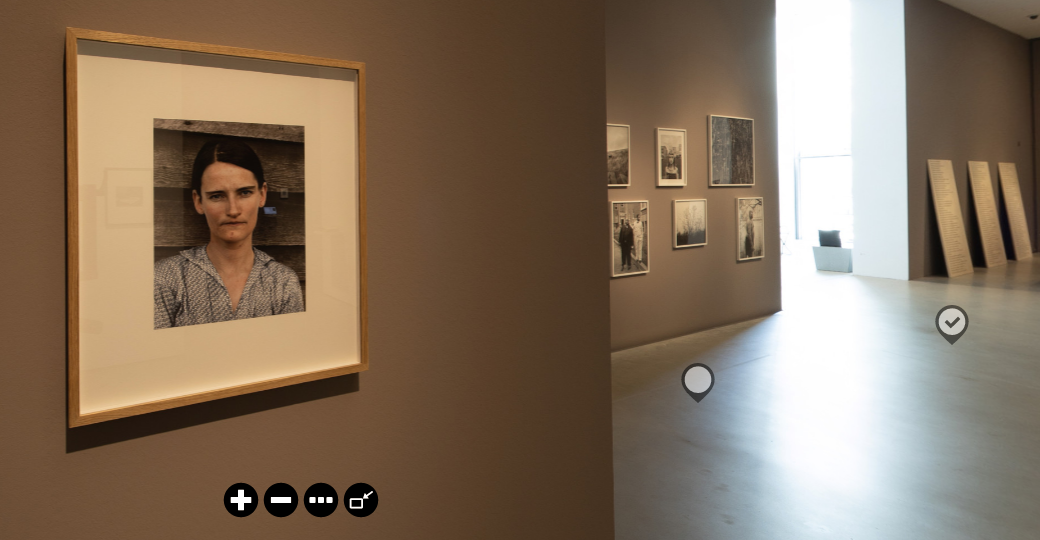 Campany also opens up his curatorial process and motivations, emphasizing the importance of creating contexts for the collective and individual construction of meaning. He says that it is of great importance to consider novel or unique display techniques to show the work, as he finds the way in which audiences engage – view and read the material very compelling.

“How people actually engage with images is very mysterious… A review won’t tell you that.”

Contextualising Evans’ practice, he says that his career evolved alongside the development of American mass media – illustrated newspapers, magazine, radio and television, and how all these media/technological interventions and landscapes are reflected in Evans’ images. 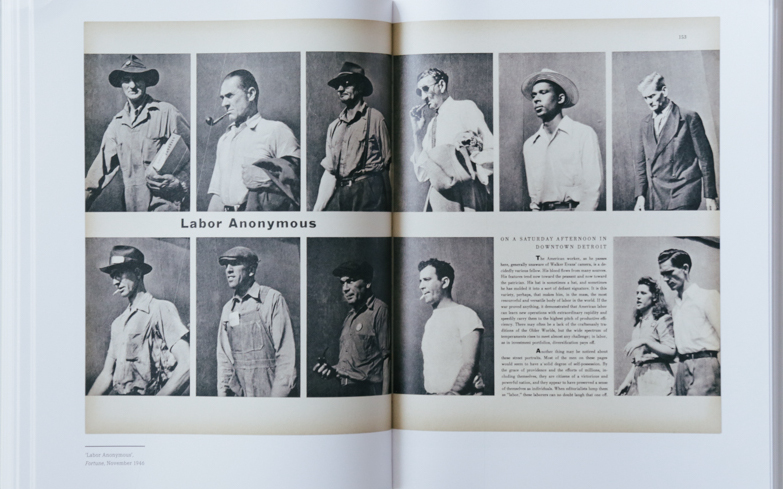