Opening up Process – The Packet Collective 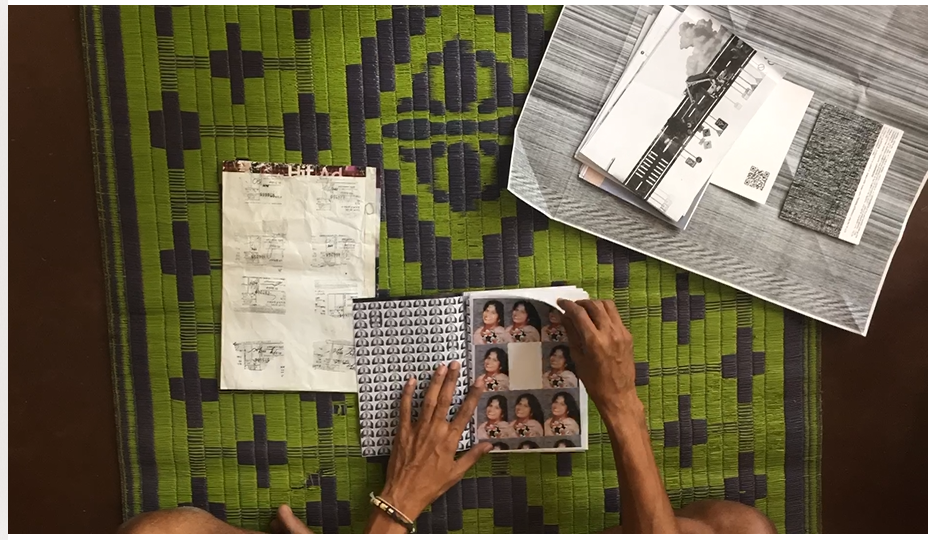 A still from a video unpacking of the The Packet

This week we spoke with The Packet Collective, a formation of artists from Sri Lanka, some of whom are now spread across the world. The Packet is an interdisciplinary group, consisting of Imaad Majeed, Venuri Perera, Cassie Machado, S.P. Pushpakanthan, Sandev Handy, Abdul Halik Azeez, Dinelka Liyanage and Sharika Navamani who we understand, share an interest in trans-media, repurposing and cross-analysis. In this conversation, they open up questions of what it means to have a prolonged engagement with subject especially in South Asia today, as well as how multiple trajectories even within individual practices come to converge, at times anchoring and at others deflecting meaning in a body of work through organic interplay.

The Packet began as a circle of artists and friends meeting in an apartment in Colombo, and through relationships, intimacies and sharing vulnerabilities, there emerged the need to collectively induce a moment of creative expression – deeply subjective ways of reorienting ones’ sense of material place. What these interactions further generated was a novel form of collaboration – a deconstructed art-book that has since evolved into a larger group practice which may be considered multidirectional and intersectional.

Instead of “speaking at” or “speaking to”, we’ve been asking what it means to “speak from” and what it looks like to do thinking in public.

We adopt a model of collective study that is encompassed by, to paraphrase Fred Moten, “what we do with other people”, with a particular focus on the vernacular, collaborative process and conversation.

Coming together with diverse goals and ideologies around production and collaborative exploration, they share the need for change within an ‘art world’ and the structures of institutional programming. The Packet continues to explore aesthetic languages and norms of theorising that are deployed to frame practices which can be considered beyond the hyper-local, without excluding the need for regionality. In rejecting ways in which certain normative conditions, applications and taxonomies may be assumed about a collective’s position and message in South Asia, The Packet attempts to collapse external frameworks by emphasising meta-relationships arrived through the process of play, association and informal examination.

Why can’t we speak to what it means to be human at the most basic level… and why can only certain artists from certain parts of the world be expected to do that?

They tell us about how a shift towards co-sharing has brought about renewed perspectives in the production of works – be they in fixed and free formats, where subdued methodologies and exchanges can shift the meaning and purpose of a theoretically resolved piece of work, especially when there is no single author involved. Local contexts, and refreshed templates afford a new mapping to The Packet that is thinking about socio-cultural shifts, risks and ontologies at a time of growing social media consciousness. The conversation provokes notions of how a revisionist structure should be arrived at in the present, how aesthetic forms can be developed through inclusivity, how working practices which include collage, poetry and other audio-visual elements can speak to the contours of autobiography and self-reflexivity at a time when broader, radical testimonies are sorely needed.