Photography and the Art of Anonymity : A Conversation with Shan Bhattacharya (PART 1) 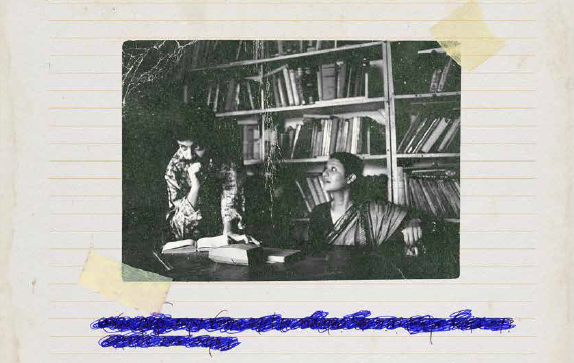 Excerpt from the book,  PORTAL: The Curious Account of Achintya Bose, SSAF-Tulika Books, 2020

We recently spoke with Shan Bhattacharya, an artist and photographer based in Kolkata, about his recent book PORTAL : The Curious Account of Achintya Bose published by the Sher-Gil Sundaram Arts Foundation (SSAF) and Tulika Books in this last quarter of 2020. He was the first ever recipient of the Umrao Singh Sher-Gil Grant for Photography (instituted by SSAF) in 2016 and has produced an elaborate narrative fiction using images. Bhattacharya, a self-taught photographer, has worked as Editor of the photography section in The Four Quarters Magazine, an independent forum that supports writers. He has also collaborated with the Kolkata-based avant-garde jazz band, The Bodhisattwa Trio, to produce a small book of abstract photographs as a visual accompaniment to their last concept-driven album, Heart of Darkness in 2016.

As mentioned by the artist, PORTAL, written in first person, presents a found, personal diary of the owner of a small photography studio in Calcutta. Achintya Bose’s scrapbook, maintained sporadically between 1994 and 1996, before his sudden unexplained disappearance, presents a fictional ‘archive’ that contains his collection of memorabilia and photographic ‘evidence’ – prints, letters, pages from books, newspaper and magazine cuttings, declassified police records, polaroids and print advertisements obtained from different sources. Through these ‘documents’ which span a large part of the twentieth century, he attempts to trace the whereabouts of an elusive woman with multiple identities who seemingly does not age through the course of a century.

In this two-part interview, Bhattacharya reflects on the making of this photobook, his motivations to recreate photographic tropes from the twentieth century and his citations, which go beyond the visual or image sources alone. He describes the technical craft of the staged photograph as an intricate process which induces the ‘maker’ to engage and be motivated by the subject. “The real challenge”, he says, “was in making the subject address the camera the way they did in the 20th century.” As such, the book addresses the burden of photographic history in the subcontinent, and the possibilities of transforming their legacies through contemporary interventions.

The images in the book are staged in variously conceived scenarios, recreating popular  analogue photographic tropes – the wedding portrait, the convocation photo, the vacation/holiday photo, candid snapshots, product advertisements – as though taken by different studio photographers, hobbyists, family members, and state operators. Here, Bhattacharya talks about his interest in family photographs and albums, and their apparently anonymous makers. The aesthetic tenor therefore hopes to generate both a viewership and a subject orientation that takes us back to a pre-digital era, but one in which domesticity, spectatorship and voyeurism become critical registers through which we may understand modes of seeing, looking and being watched.

Page from the book, PORTAL: The Curious Account of Achintya Bose.