We spoke with Prof. Malavika Karlekar, Editor of the Indian Journal of Gender Studies and Curator of the long running exhibition, Re-presenting Indian Women: A Visual Documentary, 1875-1947. In addition to her continuing research on women in photography, Karlekar produces an annual calendar based on archival photographs at the Centre for Women’s Development Studies, New Delhi.

Educated at the Universities of Delhi and Oxford, since 2001 she has been researching and writing on archival photographs from the subcontinent during the Victorian era and beyond. Karlekar’s recent books also deploy other images such as lithographs, paintings and even cartoons. Her publications include Re-visioning the Past: Early Photography in Bengal (OUP, 2005), Visualizing Indian Women (OUP, 2005), Visual Histories: Photography in the Popular Imagination (OUP, 2013), Memories of Belonging: Images from the Colony and Beyond (Niyogi Books, 2015). In 2019, she  also introduced and edited her mother, Monica Chanda’s childhood memoirs from between 1913-27, Of Colonial Bungalows and Piano Lessons: An Indian Woman’s Memoirs (Social Science Press & Routledge, 2019). Karlekar is currently working on four long essays on various aspects of photographic theory and practice.

In the Interview, Malavika reflects on multiple gender-oriented trajectories – studio and sartorial conventions among others – that have resulted in a continuous engagement with photographic history. Discussing the motivations behind and process of curating the pedagogical exhibition Re-presenting Indian Women: A Visual Documentary, 1875-1947, which then traveled to various parts of the country over the course of a decade, she shares many anecdotes from field research as well as the practice of dissemination to a younger and broader audience. 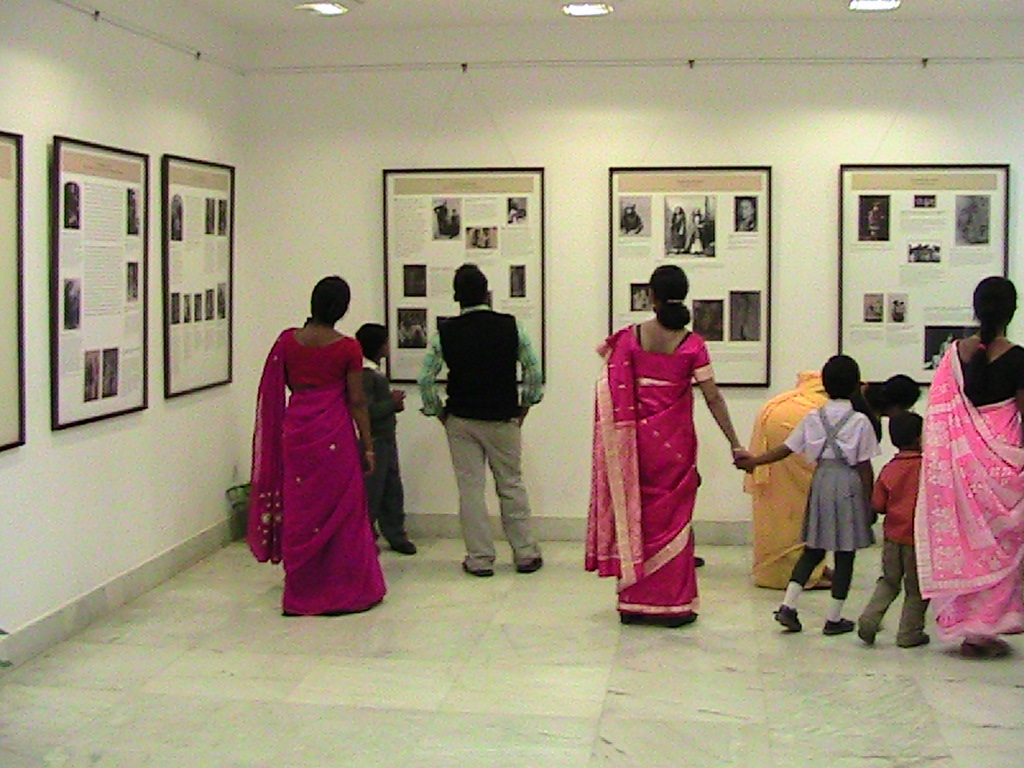 The annual calendar published by the Centre for Women’s Developmental Studies, which began as a continuation of this exhibition, has also become a medium for circulating a growing mass  of images collected and researched at the centre. As an anthropologist, Malavika is keenly interested in the ways photography was and is used in the construction of history and its iconic personalities.

She tells us about the 2020 calendar, commemorating 90 years of the Salt Satyagraha, Dandi March (12 March – 6 April 1930), as part of the civil disobedience movement led by Mahatma Gandhi. Emphasising the role of captions and sharing a nuanced reading of the image in all her projects, she shares her readings of the various images of satyagraha and women’s participation in the movement.