Audio post: In conversation with the Director and team: Varun Gupta, Shuchi Kapoor and Gayatri Nair 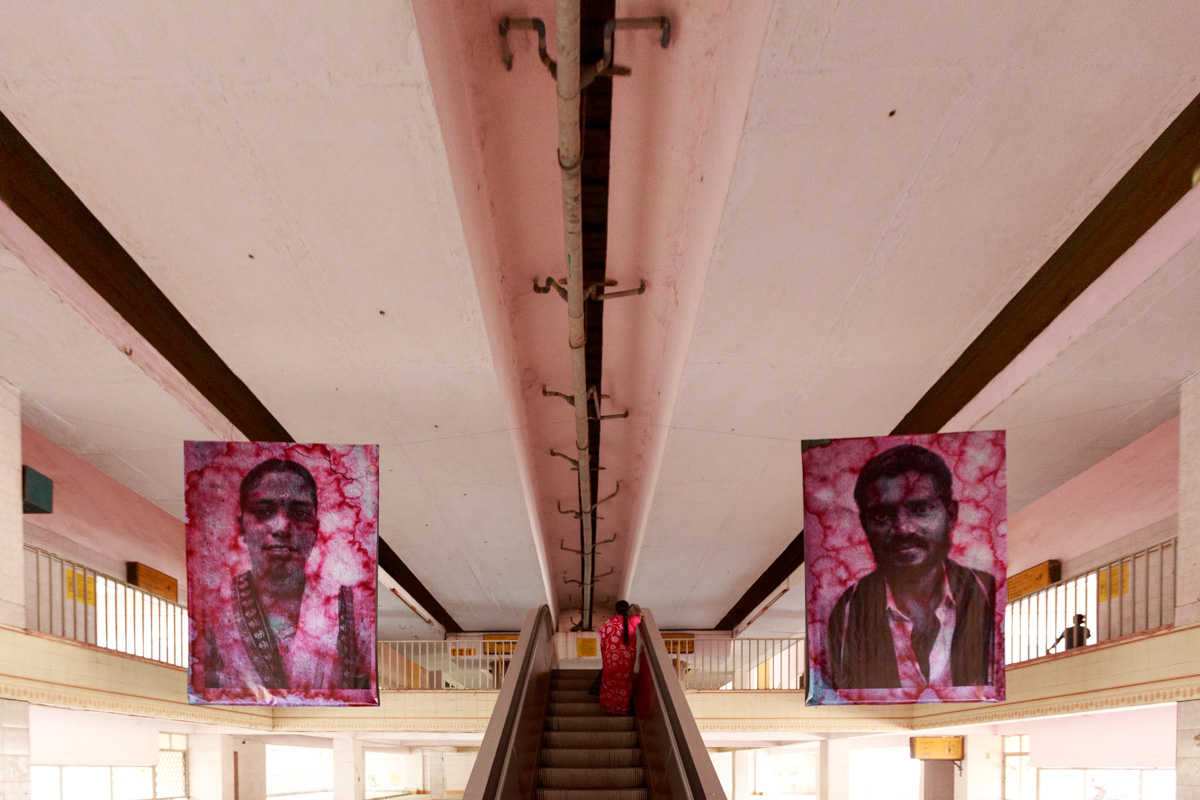 The study of exhibitions provides a fascinating route into art history. Here the social, political and economic forces that shape artistic production and distribution, come together, exerting their various pressures on artists, critics, collectors, dealers, institutional players and the art-viewing public.

The above quote (also below*) by author Bruce Altshuler in a publication titled Salon to Biennale: Exhibitions that Made Art History (Phaidon, 2008), reviews ways in which Biennales also become ‘vehicles of economic development…sponsorsing shows to secure their (a city’s) reputations as cultural centres…’

Though biennales began in the late 19th century, the last few decades have witnessed a steady proliferation across the world: as a format, an idea and eventually, an illuminating cultural articulation in places other than the west. Unlike ever before, the desire and ambition of every metropole to accommodate and showcase artists’ works from elsewhere or through residencies has grown well beyond the bounds of the home-spun, attracting new audiences, galleries, para-academic initiatives and philanthropy – all daring to challenge the status quo. All these suggest that visual appreciation is not only an elite phenomena, and that alternative avenues of patronage are necessary to activate different centres and voices from around the world – with known practitioners and those eager and able to express the predicaments of our time – an expansion laterally, not only vertically (i.e. via the establishment).

Such large scale manifestations often address regional specificities, enhance viewership and gauge the social impact of media. With the increasing accessibility and appreciation of such scenographies, its ability to affect academia, art, curatorial practice and even the social sector, has been facilitated through broadened contexts in which it is taught and interpreted, and hence acknowledged as a qualitative means of developing fresh perceptions about the arts. Community engagements with photography specifically, in public space, have therefore transformed our consciousness of the lived-experience of urbanism as forgotten places are brought back into our discernment: derelict locations, hangers, newly constructed metros as well as vast open grounds have been used as phantasmic venues for site-specific installations, and as remarkable interventions in the commonplace. 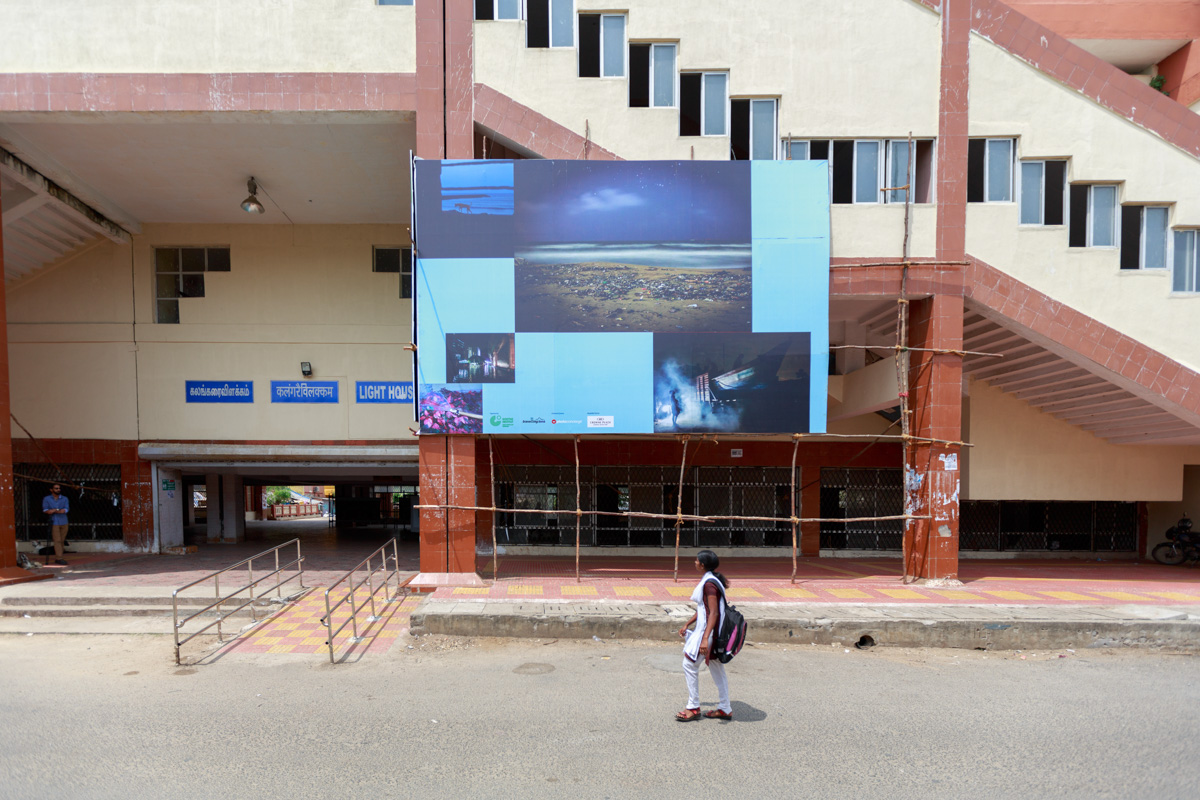 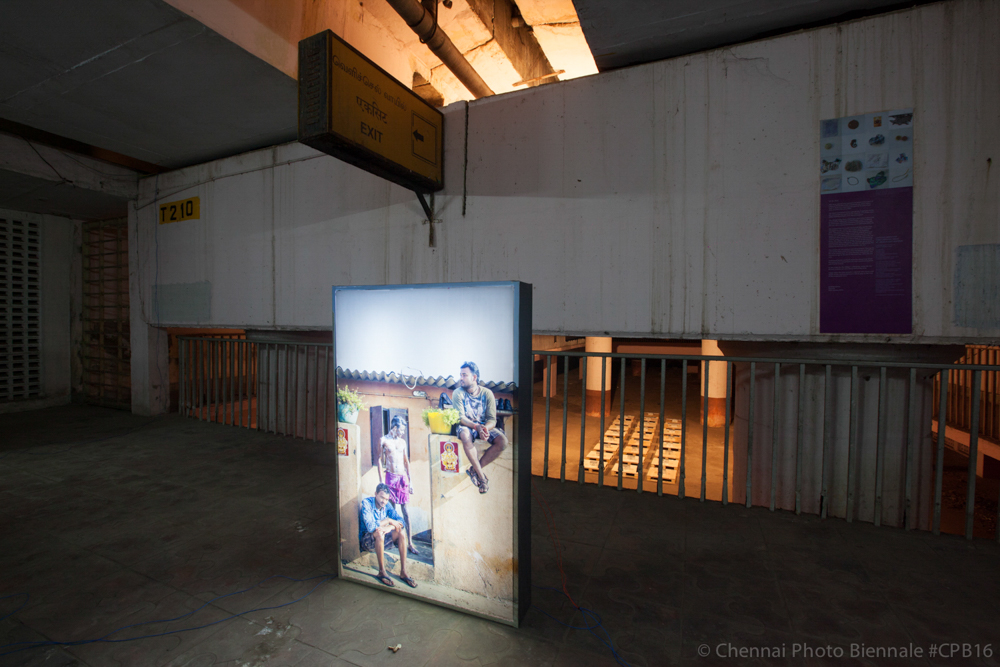 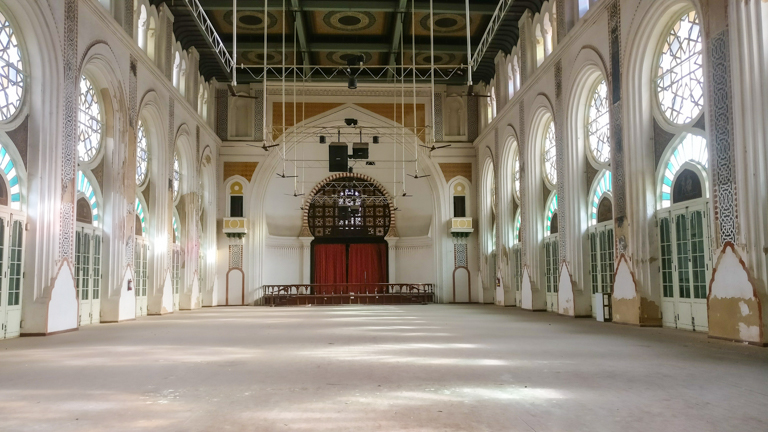 Senate House, University of Madras – one of the planned venues for CPB 2019

In other ways, art and photography festivals in India have also stretched practical and intellectual bandwidths around inter-visual practices through meticulous experimentations, offering professionals and emerging authors from both east and west intensive workshops and discussions around the evolving nature of lens-based media. These multi-disciplinary approaches are meant to track not only contemporary trends, but also provoke questions around why images have been ingrained and now accepted as fundamental (if not dominant) vestiges of our cultural affiliations – to histories of the past and present. Through the deployment of evolving research methodologies from allied fields that further widen and appeal our local, personal, social or indeed political commitments, these globalised events, practically and metaphorically provide an international network through which creativities are instigated, stimulated and shared. 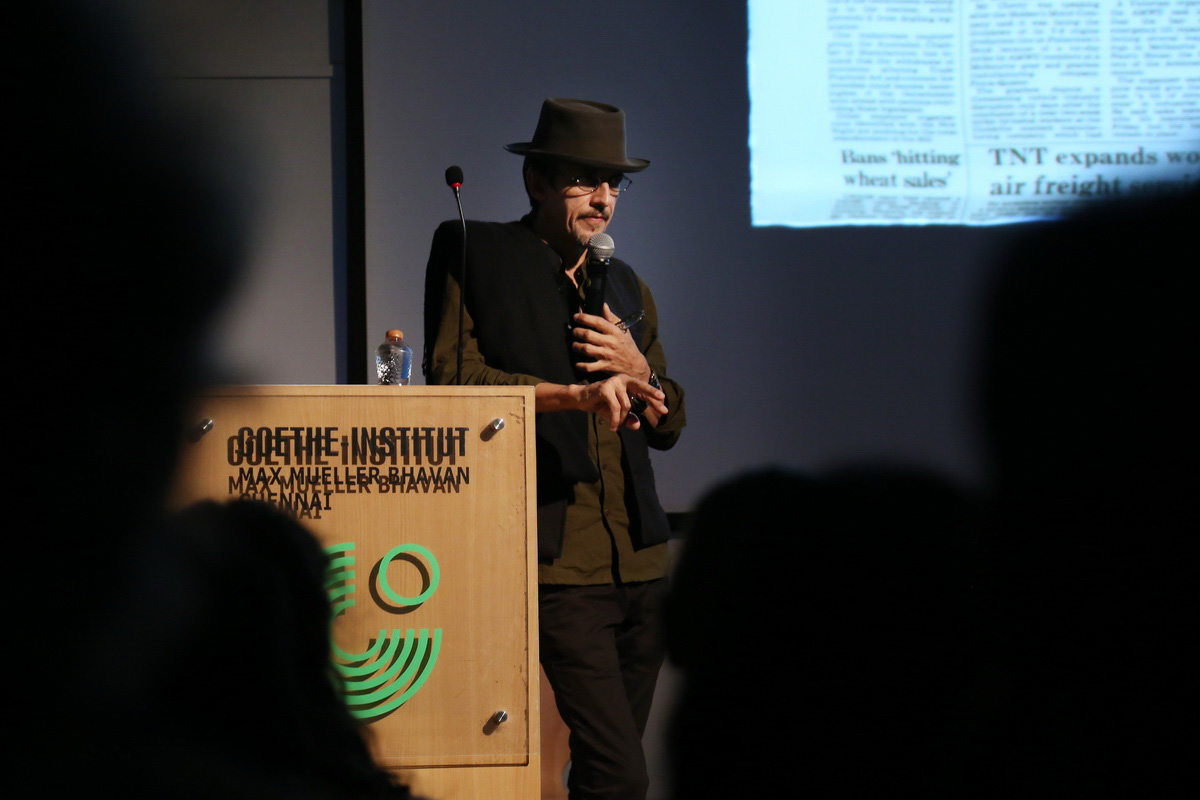 Presentation by Philip Blenkinsop, on his earlier work on conflict as a part of the Artist Talk series at CPB 2016 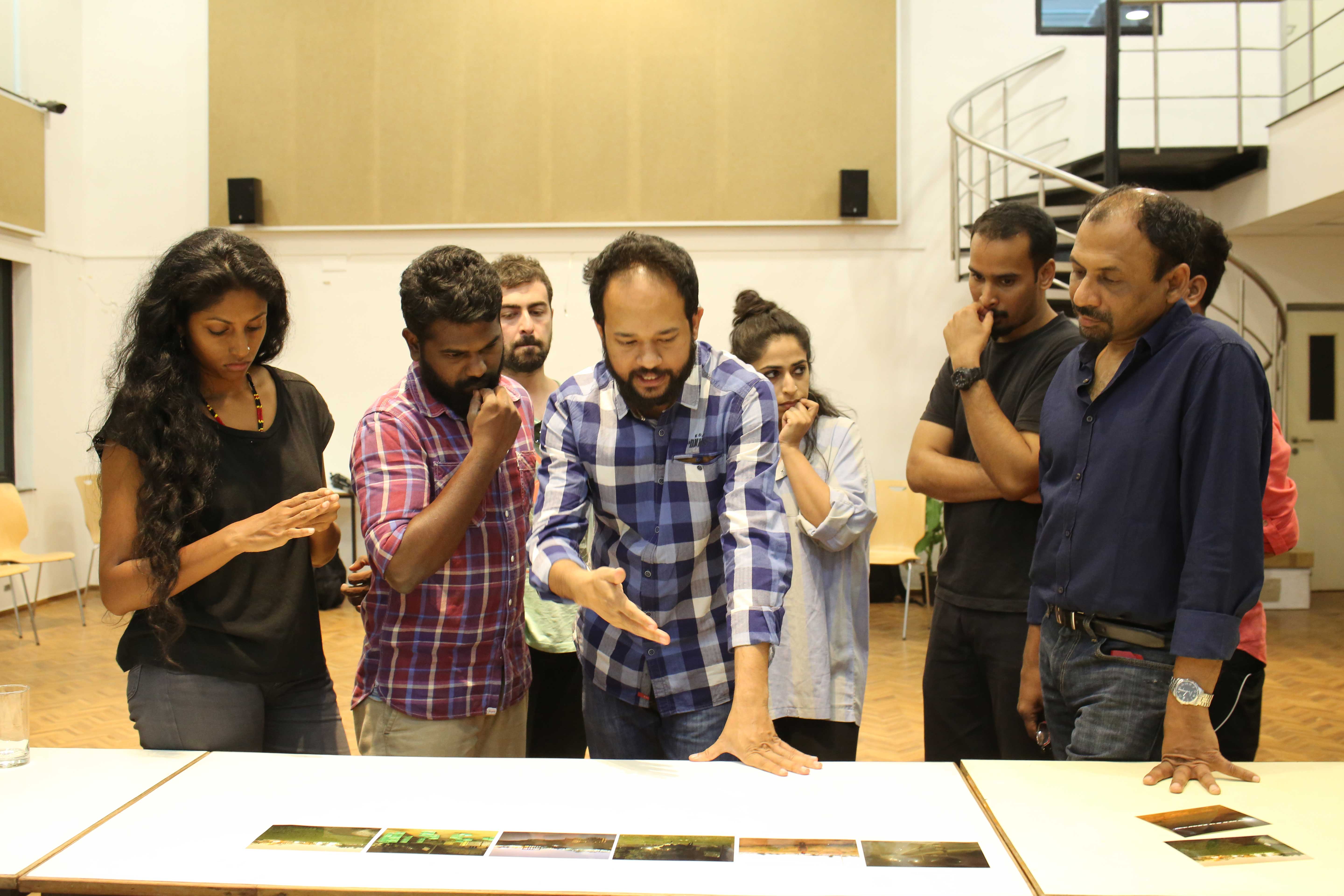 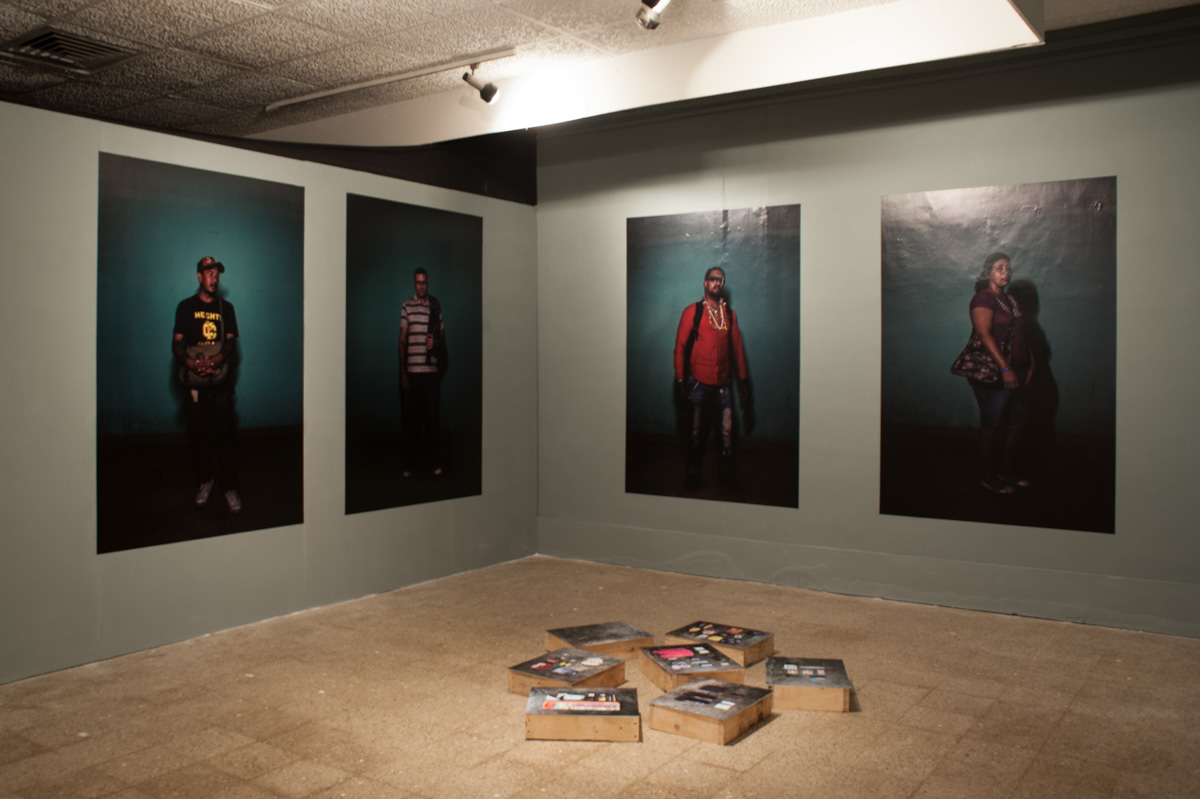 In our last week’s post, we looked at a recent publication which charts the influences and affects of photography from India arising through the discovery of local/personal archives as well as scholarship around current critical appreciation and modes of representation. But the medium’s growing popularity is also due to this ‘photo festival boom’, which as journalist Ye Ming notes in her article, is a unique and distinct phenomenon in Asia that has led to the rise many new practitioners, speaking in different languages yet generating an interwoven mosaic of variegated inflections that freely communicate and inter-reference one another. What makes this experience especially attractive in Asia, she notes, is its relatively short but escalating trajectory that has also seen exceptional local reception – marked by developments in the very techniques and manners by which life has been documented and refracted in and from the region.

In the recent past in India, to mention just a few, photo festivals have also made specific forays into liminal and mainstream discourse: Pondy Photo has focused on social and environmental issues; the Goa Photo Festival has looked at ways to connect photographic displays and a certain kind of ‘worlding’, whether they be seen in homes, read here as social microcosms. These changing sites and locations have also meant that innovations and cross-pollinations from across art practices have organically enriched scopes and spatially transported audiences by reimagining public space – curated and cultivated as a canvas for projecting the lives of one’s self and one’s others.

John Tusa, British television journalist notes, ‘Given that art in public spaces is increasingly fashionable, it has never been so important to make it better.’ But is it indeed just a fashion(?), and is there as much a ‘demand’ for ways to reflect on our realities, as there is now a growing and steady ‘supply’? 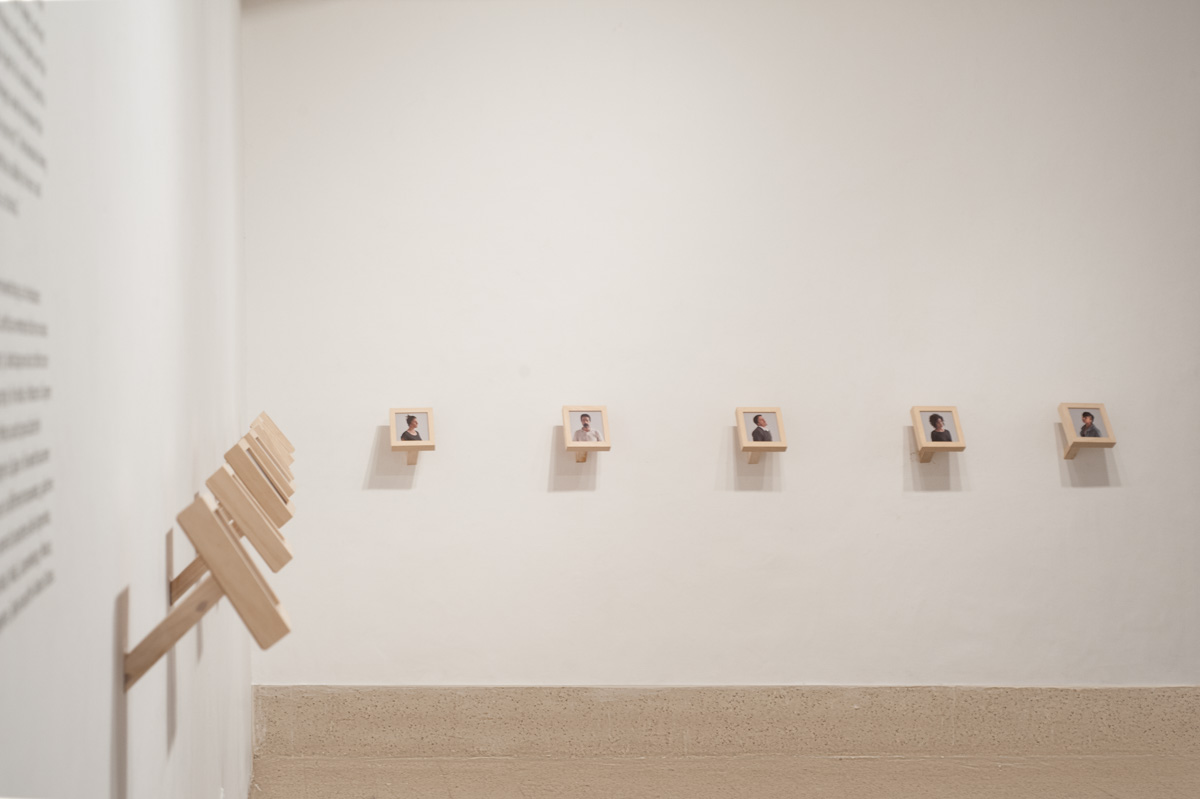 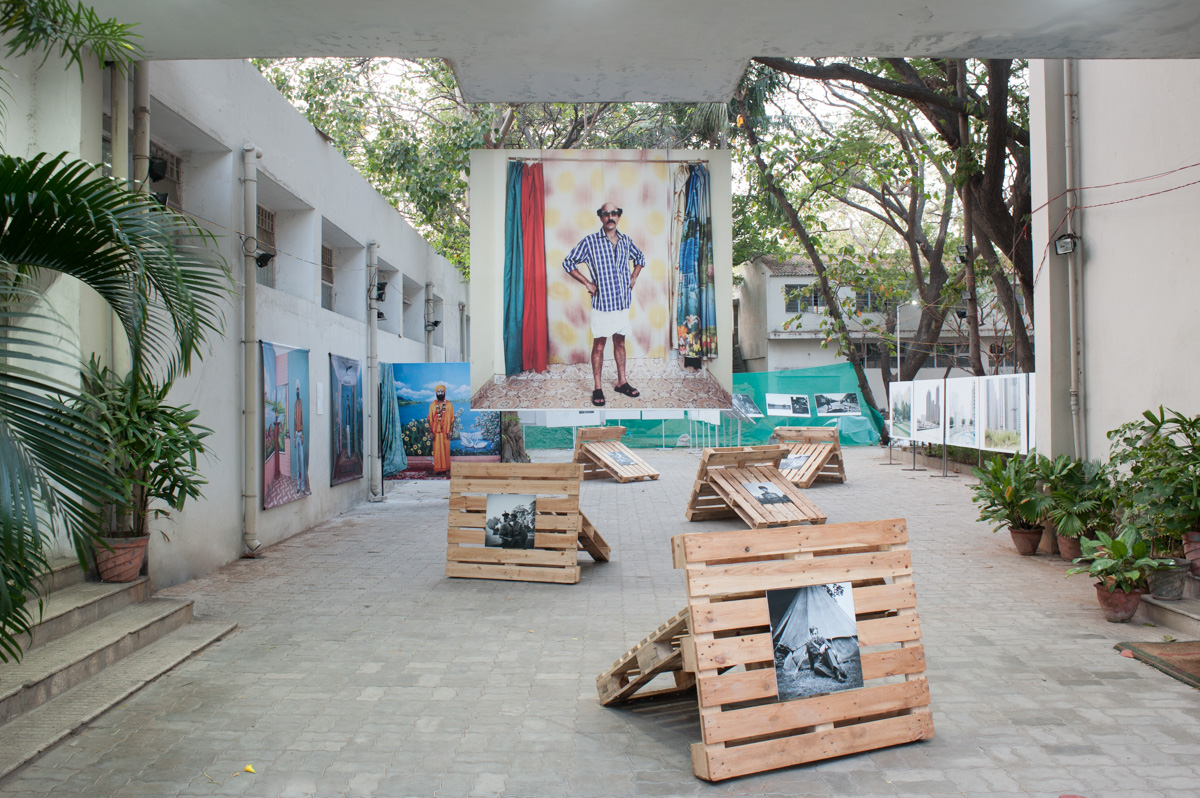 This week, in an ‘on the go’ recorded interview with the founding team of the Chennai Photo Biennale – Varun Gupta, Shuchi Kapoor and Gayatri Nair – explain the emerging challenges and motivations of the Biennale since its first manifestation in 2016, and which has now elected artist Pushpamala N. as its next festival curator. Since its first edition, the festival is seeking to further enhance the discourse around a democratic approach to photography, taking over more public spaces in a city like Chennai which was once considered a conservative centre for the arts through its patronage of the ‘classical’, while ironically being the one of the first presidency states to have formed a photographic society in the subcontinent – the Photographic Society of Madras (estb. 1857) – thereby offsetting photo festivals in other cities like Mumbai or Delhi. The concept of CPB had predecessors like Art Chennai and Chennai 24×7, which were also mandates managed by Varun Gupta, co-founder of the Chennai  Photo Biennale along with Helmut Schippert, which eventually led to the making of the current Biennale, not only in format but in its advocacy of fresh mandates for artists. The CPB Foundation and Goethe Institut Chennai are the organizing partners for this 2nd Chennai Photo Biennale. 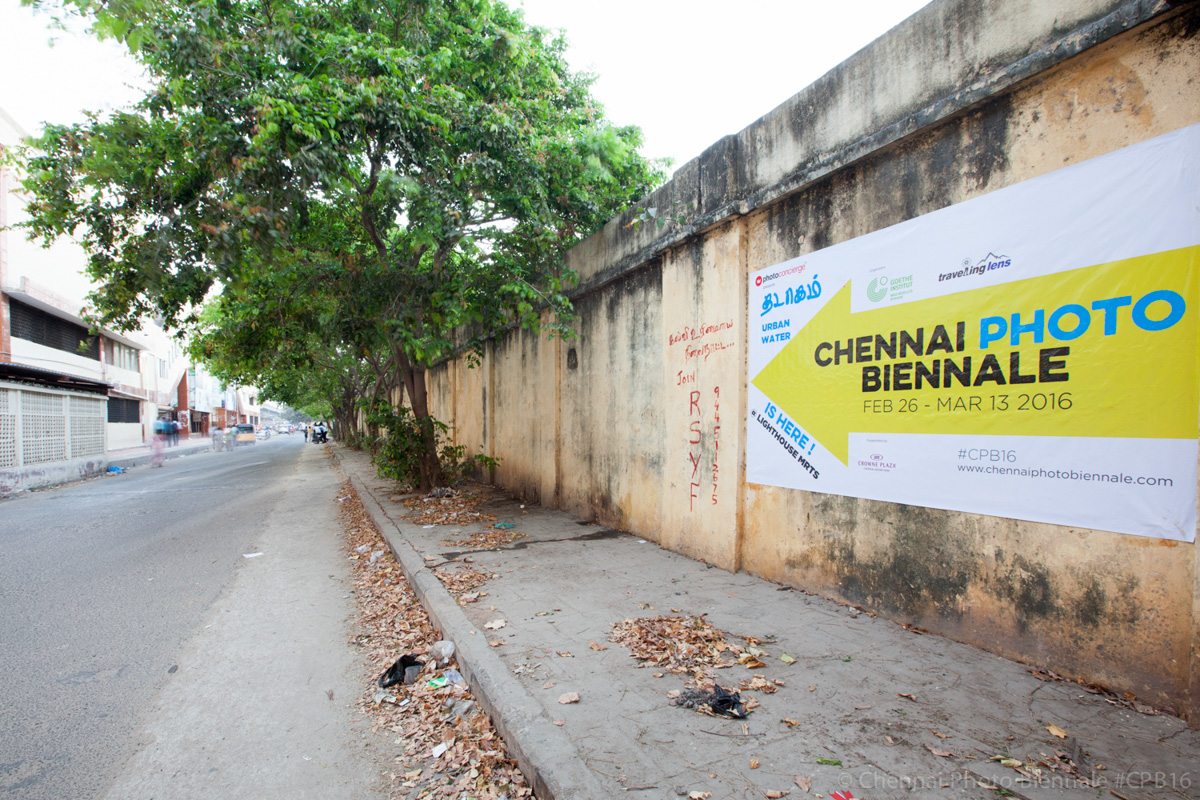 Event navigation during the CPB, 2016 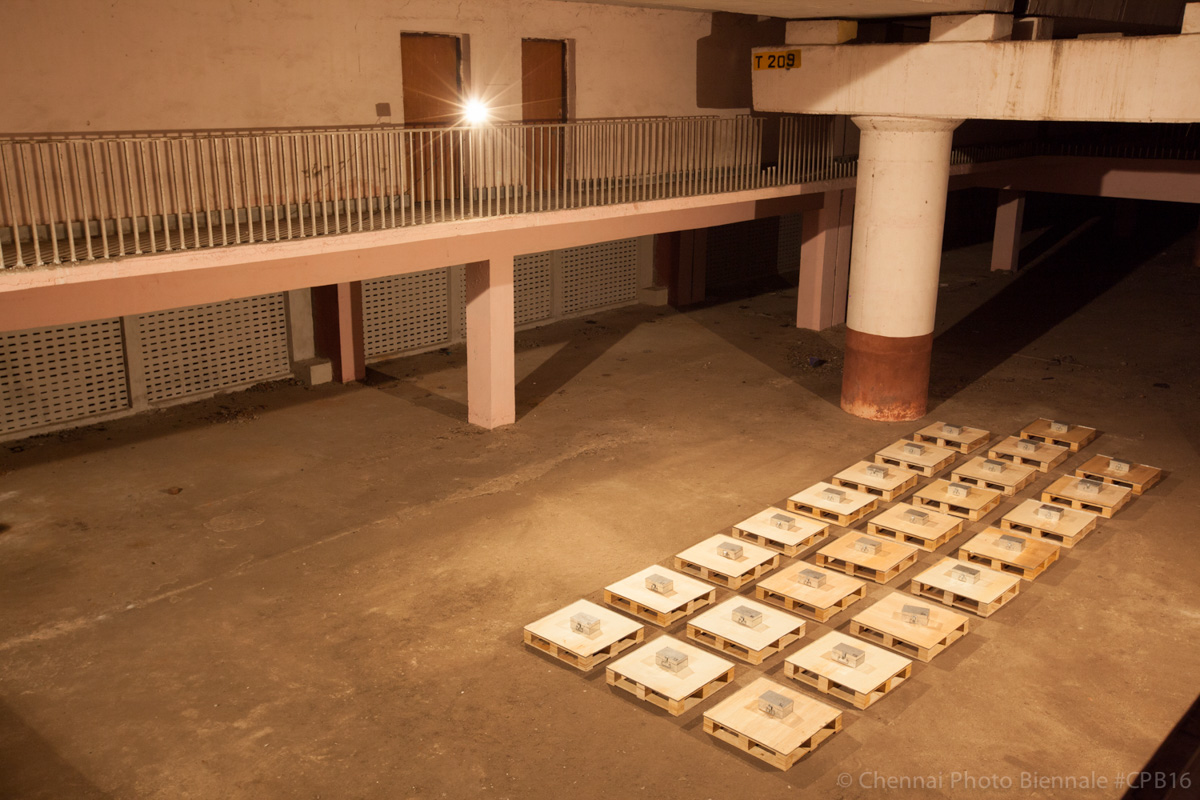 Several questions arise from this discussion—To what extent are we entitled to take over public spaces and what are its ethics? How does one judge the impact of such a festival? What are the challenges to the festivals organisers and how will such initiatives change or adapt to shifts in contemporary media practice?

Described as ‘probably the first time in the Indian photo festival landscape where new work has been born’ (Better Photography, 2016) the next edition of the the CPB is due in Feb. 2019 and seeks to more carefully unearth layers of image -making in order to investigate a growing universality and homogeneity in practice and form. Extendedly, as the team thinks through ways of being inclusive and intensifying its influence on the local community through translations of the exhibition texts into Tamil; or thinking about the  sensitivities of the audience; they also seek to enlarge their artists’ global footprint using Apps and Augmented Reality so as to strengthen participation and debate.

*Artists are central to these exhibitions not only as creators of the works…but also as viewers. Exhibitions are where artists confront work that prompts their future production, their responses combining in varying degrees emulation, rejection, creative departure and the many anxieties of influence. 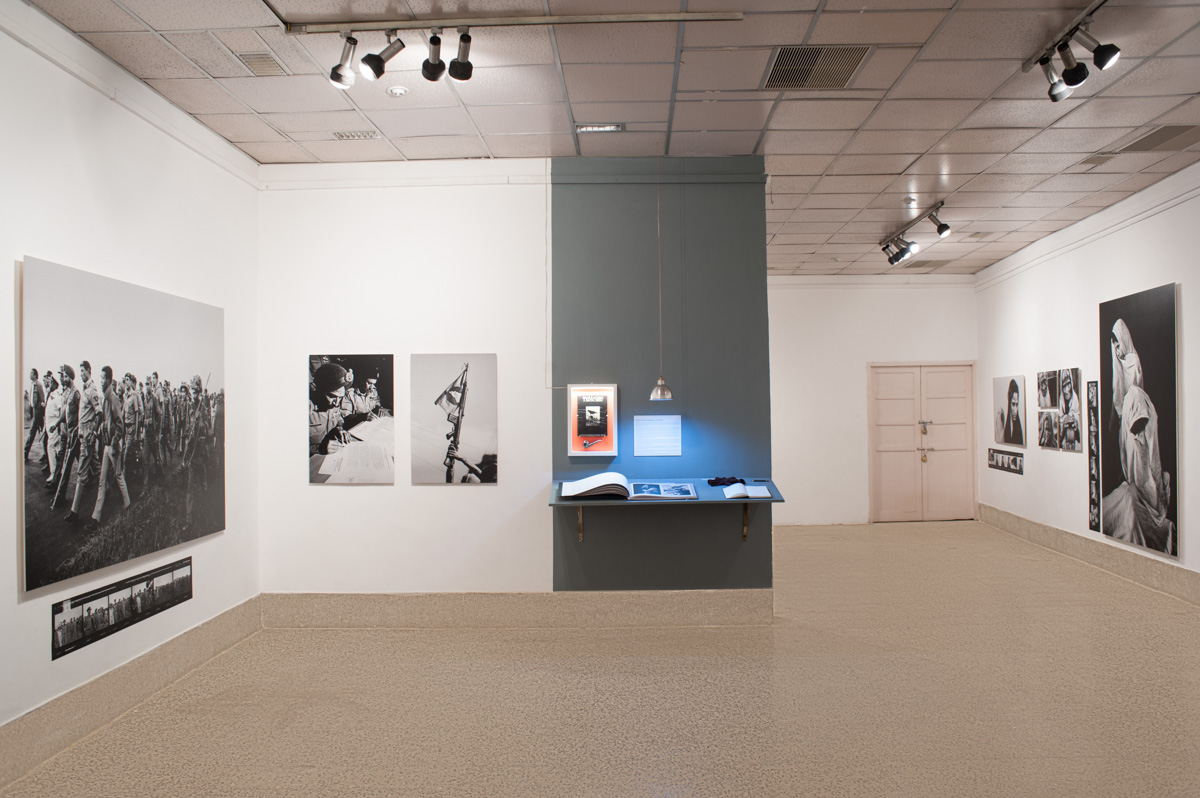 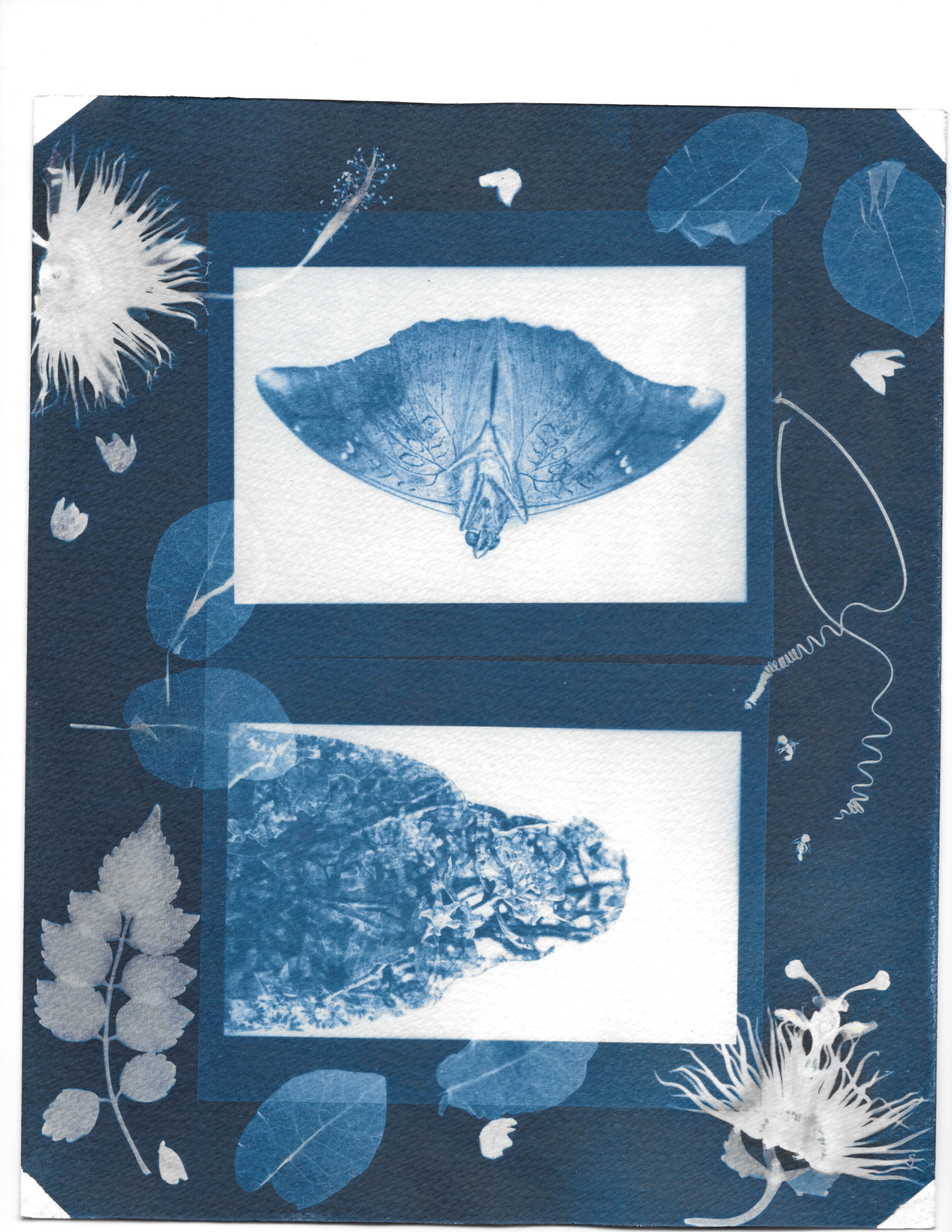 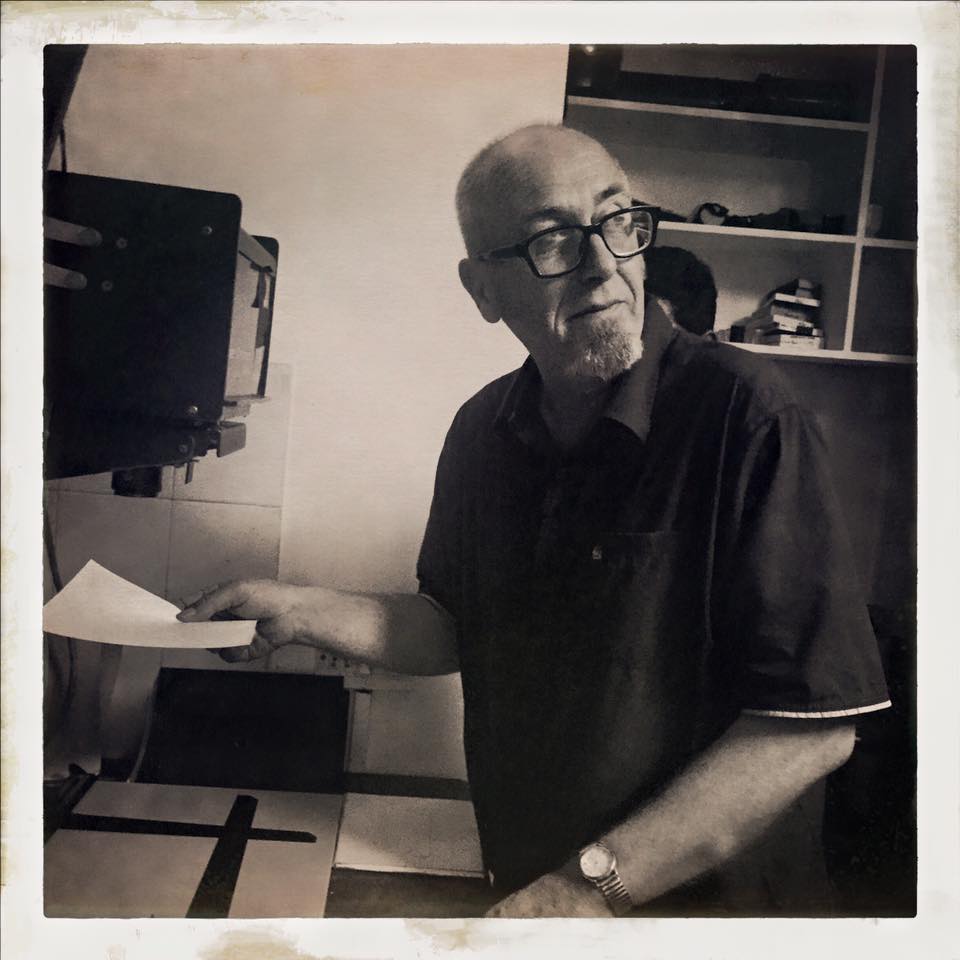 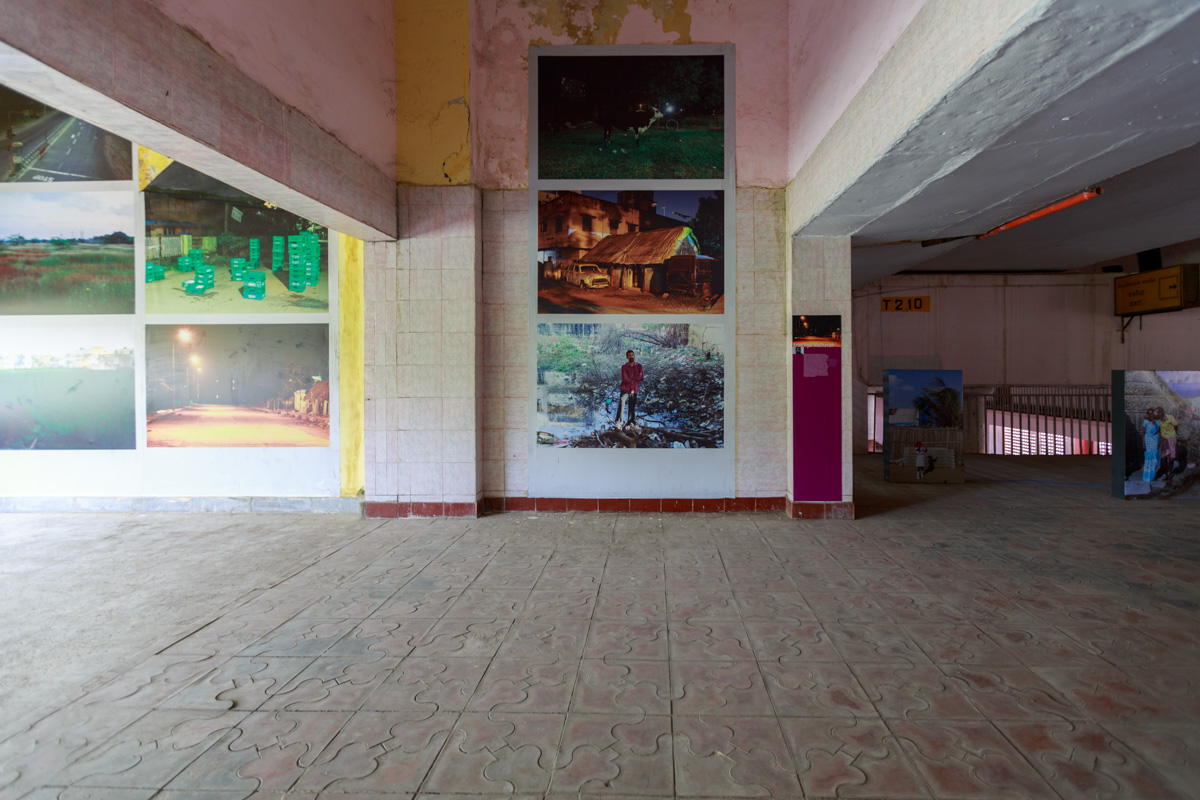 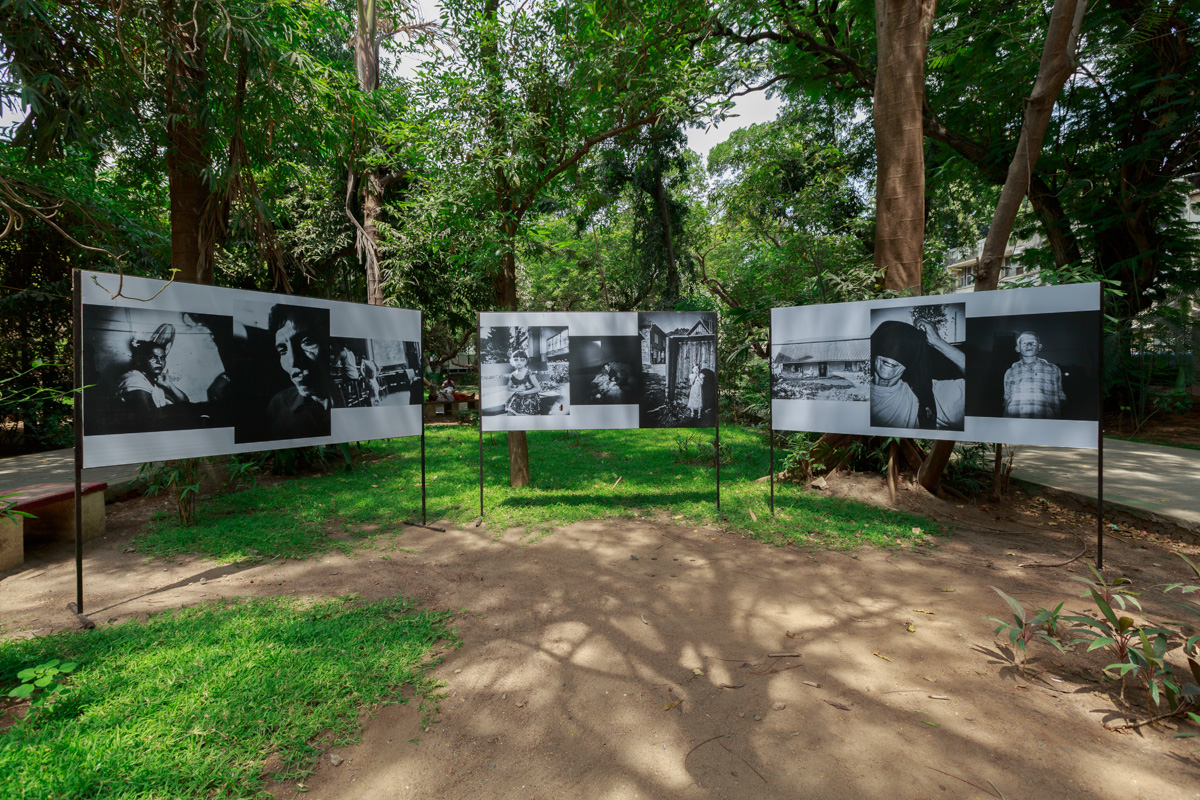 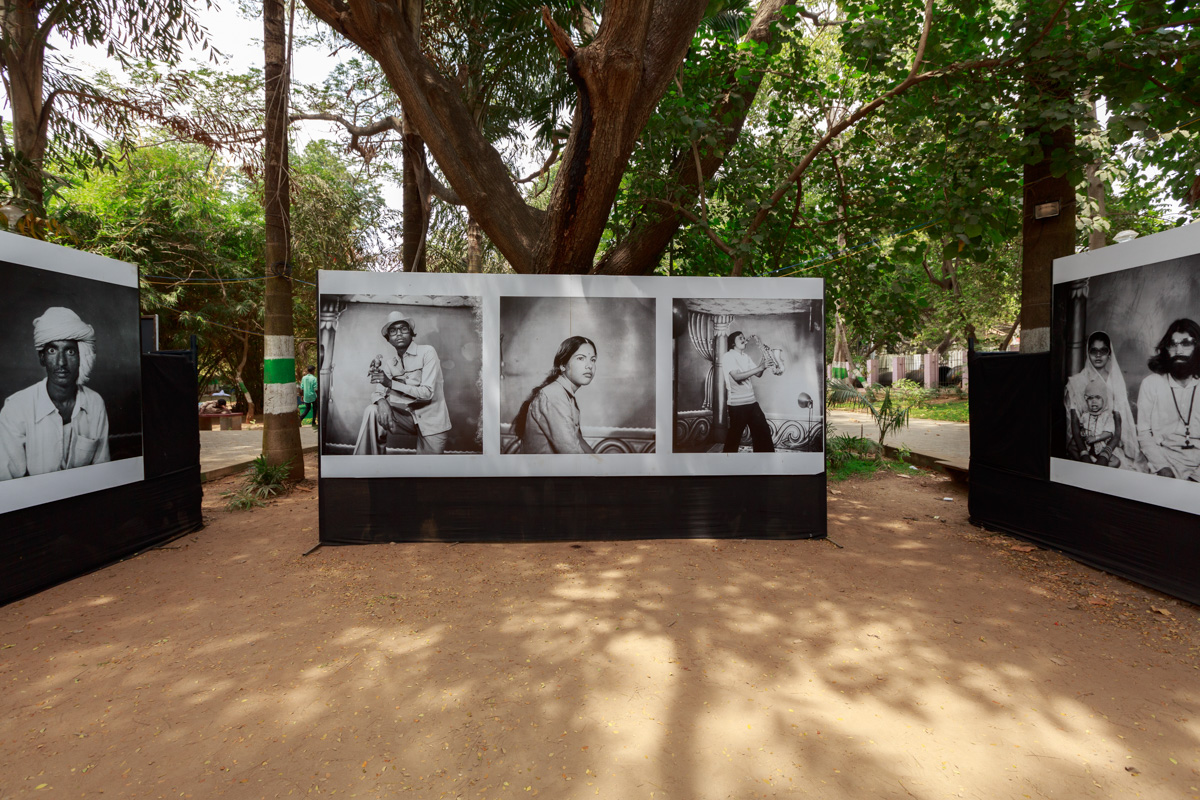 Varun Gupta is a Kolkata-born freelance photographer who returned to Chennai, where he now lives, after a five-year stint in USA. His personal work revolves around his life as a passionate traveller.

Shuchi Kapoor is a self-taught documentary photojournalist, whose interests lie in regimes of representation and visual cultures. Her work focuses on humanistic stories and documentation spanning across regions, cultures and mindsets in her country. 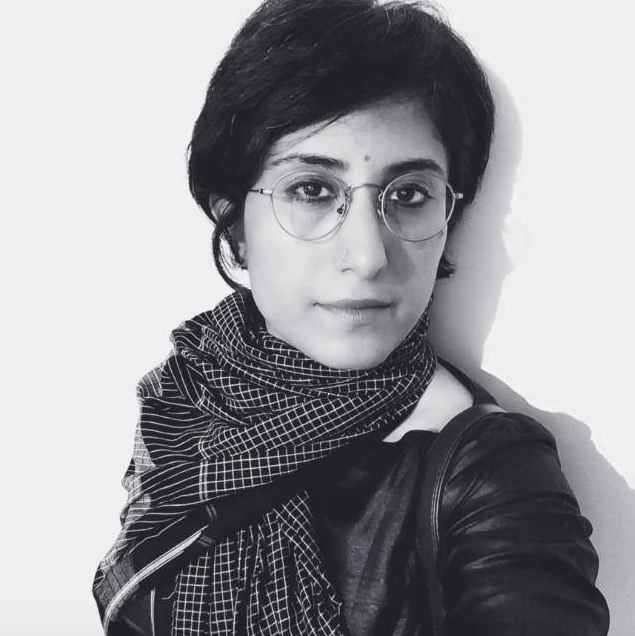 Gayatri Nair is a freelance Wedding Photographer who works in Chennai.